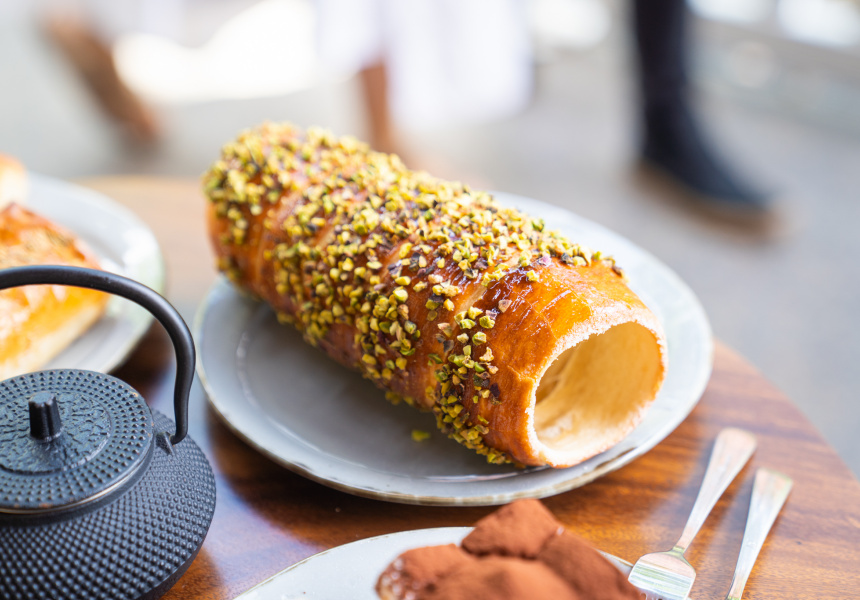 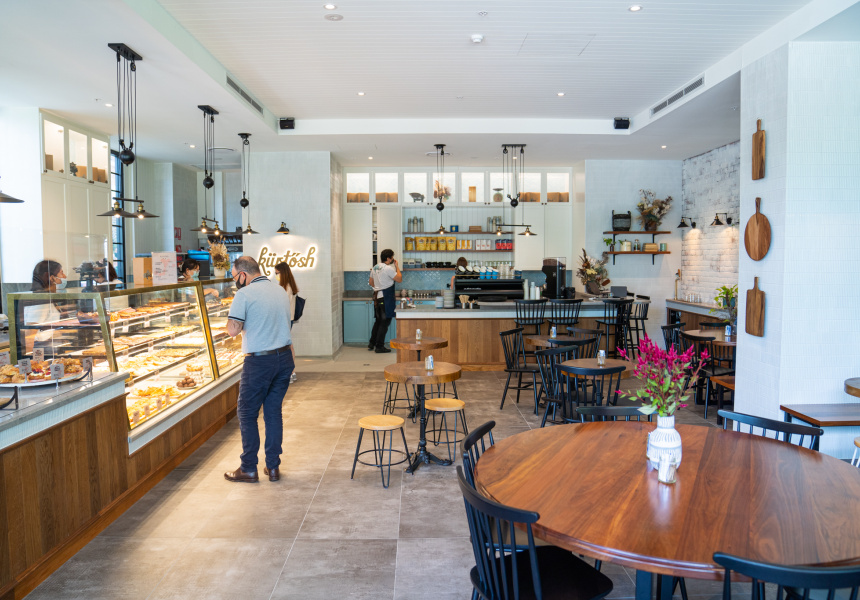 Central European-inspired bakery Kurtosh has grown steadily from humble beginnings since first opening in 2011, but owner Ben Haikin never lost sight of his initial vision. “We wanted to create a place that feels local, where we can bring back to life childhood memories and Mum’s recipes,” he tells Broadsheet.

Since the first site opened in Sydney’s Randwick, Kurtosh has expanded to eight stores across three states: six in New South Wales, one in Victoria and a new Queensland location in West Village, which opened in late December. And it’s made a fast impression with the locals.

“We had lines out the door for the first couple of weeks,” says Haikin. During our conversation he stops twice to greet his customers by name – not bad for a store that’s scarcely been open a month. As Haikin sees it, that’s part of the magic of Kurtosh – a sense of community, shared through food. “There’s lots of love in it,” he says.

Inside the busy store, the kurtosh station stands out. Short for kürtőskalács, the Hungarian street snack is a crunchy, caramelised coil of dough with a soft, brioche-like interior. Cooked while curled around a rolling pin, Haikin and his brother fell in love with the cylindrical pastry (also known as a chimney cake) while travelling in Hungary. “The texture is like no other,” says Haikin, who returned home eager to introduce the food to Sydneysiders. The kurtosh are freshly rolled and cooked to order, then topped with one of a variety of flavours: traditional options such as cinnamon and coconut alongside almond, pistachio, hazelnut, walnut and Nutella.

The well-stocked display cabinet is filled with Central European-inspired baked goods, both sweet and savoury. Sweet options include roulades, teacakes, babka, croissants, and an array of slab cakes, while savoury burekas come with fillings such as sweet potato and thyme, potato and mushroom, and eggplant. Flavours are mostly seasonal, with recipes cooked up in the Sydney kitchen.

For indecisive diners, Kurtosh is a haven. All cakes are sold by weight, allowing patrons to sample small portions if they prefer, rather than committing to a standard-sized piece. Or alternatively, they can order an extra-large portion of a favourite. “[This way], people can try a little bit of everything if they can’t choose,” says Haikin. “If I were to come here, I’d probably end up with four or five pieces of cake.” Flavours range from a fruit-filled strawberry sponge to richer options such as cookies and cream, tiramisu, and an espresso-butter roulade.