The 150-seat, eight-hectolitre brewpub is the brand’s first taproom outside Byron Bay. 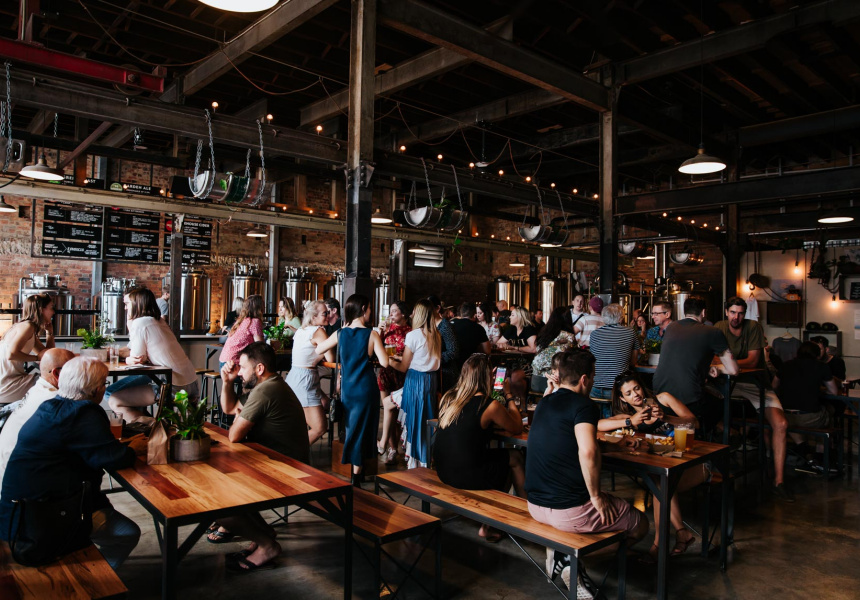 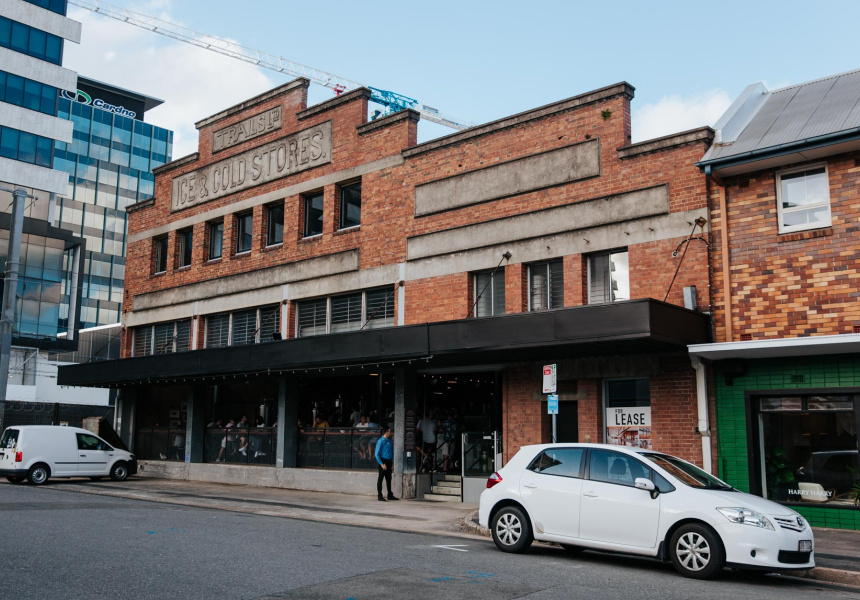 Since launching in 2008 Byron Bay’s Stone & Wood has developed a strong reputation as one of Australia’s best craft breweries. Despite its nationwide popularity, co-founders Jamie Cook, Brad Rogers and Ross Jurisich have never expanded outside their home base (save for a production facility in Murwillumbah near the New South Wales-Queensland border). Until now.

The iconic brewer has opened its first taproom outside Byron Bay, at the north-western end of Fortitude Valley.

“We’ve always had a problem with not being able to produce enough beer,” says tasting room manager Cale Watts. “So the focus for the first 10 years was to meet the demands of pubs and bars that wanted our beer.”

Finally, the time to open a second venue arrived. The decision to choose Brisbane was a simple one, according to Watts. “We’ve always sold a fair amount of beer in Brisbane,” he says. “The beer scene in Brisbane has gone ballistic in the past few years [and] we thought [this] would be the best way to solidify our presence here.”

The 150-seat, eight-hectolitre brewpub is in the heritage-listed Trails Ltd Ice & Cold Stores on Bridge Street. The industrial fit-out complements the existing features of the old building such as the exposed brickwork, steel and timber beams. It’s right next to a train line; the passing trains add to the venue’s industrial atmosphere.

An on-site canteen hosts local food businesses and the plan is to rotate the operator every few months. Mr Bunz will serve freshly shucked oysters, crispy pork-belly baos and popcorn chicken until the new year.

This opening caps off a busy 12 months for the iconic brewer. It moved from its original digs in Byron to a massive 1160-square-metre space in Byron’s Arts and Industrial Estate almost a year ago.

“It’s been a huge year,” Watts says. “It’s a whole new territory for us playing in the hospitality space, so to open two successful venues in a year is pretty awesome.”

This article first appeared on Broadsheet on November 5, 2019. Menu items may have changed since publication. 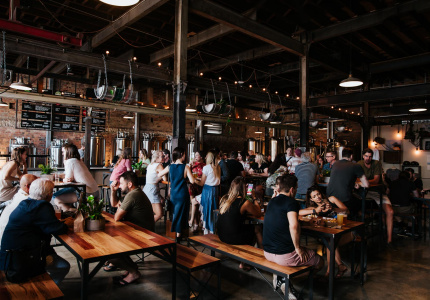