Step inside this heritage-listed spot for a classy European-inspired menu, a 350-bottle wine list, and a beautiful old bar area with a baby grand piano. 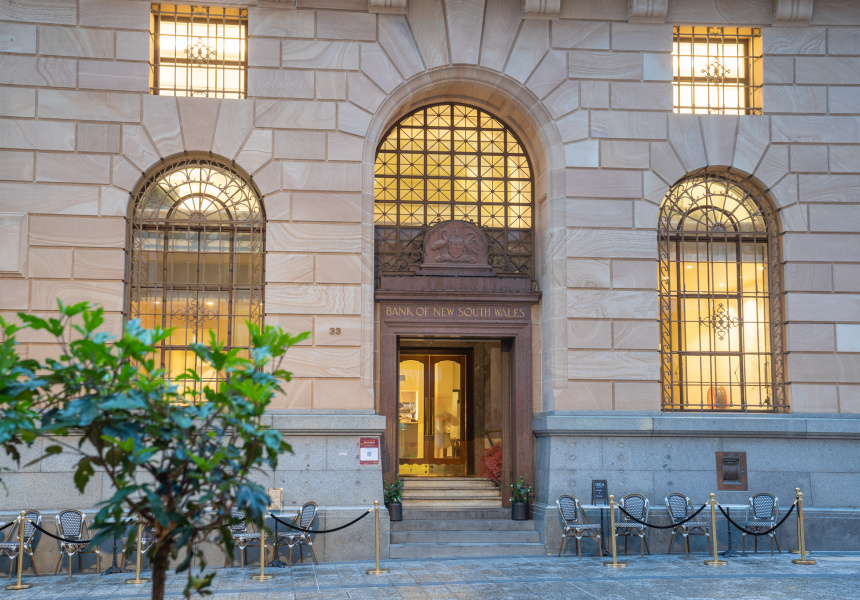 We talk in Brisbane about our lack of heritage buildings, but what hasn’t helped in the past is how we’ve utilised those that remain. The enormous old Treasury Building is these days the casino. MacArthur Chambers is an Apple store. Plenty elsewhere are tied up as offices or other commercial tenancies.

But in recent years more and more of these older buildings have started transforming into publicly minded spaces that include restaurants, bars and cafes. There’s Donna Chang in the Family Services Building, and The Gresham occupies the old Queensland National Bank on Queen Street. In the Valley, Rosmarino has moved into the revived Stewart and Hemmant building.

“These old places are so special, there’s an onus on us to do it right,” Meagan says. “But you walk in and say, ‘Oh my gosh, we’re going to make this even more special for people to enjoy for the next 20 or 30 years.’”

The Hogg & Lamb designed Banc makes the most of its tall arched windows and double vaulted ceilings. A gold-coloured velvet banquette in the brasserie ties in with the heritage brass scattered about the place, and a long timber bar is intended to resemble the old bank teller desks. There’s also a beautiful old baby grand piano that once belonged to Meagan’s grandparents.

Eventually, the 160-seat venue will be arranged into three areas – the brasserie space that’s angled towards longer lunches and dinners, a slightly more casual bistro area, and the wine bar that runs down the middle of the venue. Ashelford says Banc will for now just operate the brasserie and the bar, as the venue staffs up and waits for a delayed shipment of furniture.

“It’ll just naturally flow,” Ashelford says. “On a Friday, we’ll fill both the brasserie and the bistro, and people will be happy to be sat wherever they’re placed. You’ll be on opposite sides of the restaurant, but the level of service and food will be the same.”

“[McMillan] is huge on sustainability and he’s huge on sourcing locally from producers,” Ashelford says.

The wine list stretches beyond 350 bottles and lines up organic, natural and biodynamic wines alongside ballsier Australian drops. There’s also an extensive Coravin section for those wanting to explore by the glass. Elsewhere, there are six locally focused beer taps and a cocktail list that mixes signatures with variations on the classics, including mini Martinis and Aperol Spritzes.

In the future, once state and international borders open, there are plans to introduce brunch and high tea.

“It’s the kind of a place that anyone could come in and have a drink and feel comfortable,” Meagan says. “It’s something new and something that the city has been calling out for.” 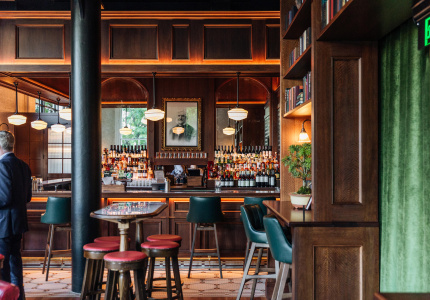 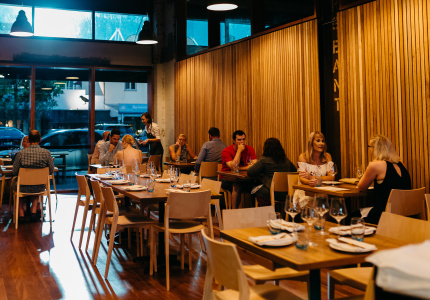