It’s a new era for the longstanding incubator turned restaurant and farm gate. In a new Vulture Street warehouse there’s a beer garden out front, a cosy courtyard out back and a menu of wholesome snacks. 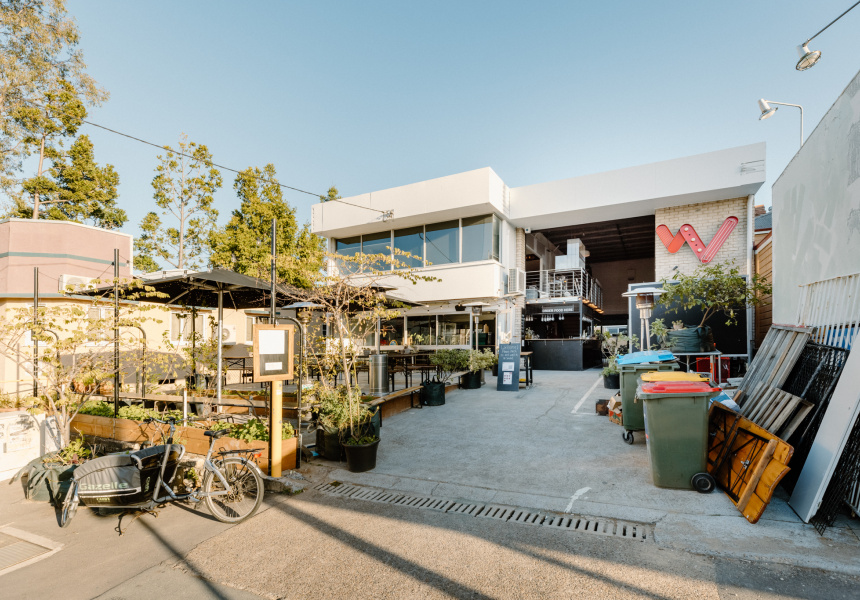 When the most recent lockdown was announced, Angela Hirst and her team were prepping for a busy Saturday service. It was going to be their second weekend in their new West End premises.

“We had come in early [because] we had a lot to do, and then we heard the news,” Hirst recalls. “The day turned from getting ready for service into trying not to lose any stock.”

The team went into preserving mode: radishes from Falls Farm were pickled, and citrus (yellow pomelos, ruby grapefruits and cumquats) from Mary Valley Country Harvest was turned into marmalade. Eventually, you’ll find these products make their way into the offering at Wandering Cooks.

It’s a good representation of the team’s ethos, which is based around sustainability and supporting local farmers and producers. Over the past nine years, Wandering Cooks has played a pivotal role in developing Brisbane’s food scene. It’s been an incubator for up-and-coming food operators (such as Alphabet Cafe, El Planta, Mongrel, Pie Town and others), and held numerous pop-up restaurants and a weekly farm gate. More recently, it started serving its own wholesome, nourishing food highlighting local produce.

The move from South Brisbane to West End signals a fresh start for the brand. When Hirst took over the former supplements store earlier this year, it needed lots of work. She and the team built the kitchen from scratch, converted the car park into a beer garden, and transported the bar and kitchen cold rooms from the old space to the new one.

Now, the beer garden out the front features picnic tables and greenery, including grapevines that will eventually help create a jungle-like vibe. Inside, there are candle-lit tables and hanging festoon lights, while out the back there’s a cosy courtyard surrounded by more greenery. The space has a distinct Wandering Cooks feel, just on a smaller scale. Plus, West End feels like a good fit.

“So many people have walked past and come in [off the street] … it’s immediately felt more like a neighbourhood,” says Hirst, who’s been a West End local for over 20 years. “You get the sense that [the venue] will build itself into the fabric [of the area].”

To start with, Wandering Cooks will focus on its restaurant and bar service before launching its weekly farm gate in around four weeks. Its upstairs private space will also be ready next week and can be hired out for events.

The natural-leaning wine list features a lot of exciting, smaller producers such as Konpira Maru, Dormilona, Brave New Wine, Somos and Ngeringa. The tap-list will change regularly but currently includes local breweries such as Black Hops and Slipstream, and out-of-staters such as Grifter, Bridge Road and Bodriggy.

When the farm-gate returns, expect fresh local produce such as snake beans, pineapples and lobok (Chinese radish) from Thai Hoa’s Grocer, king brown mushrooms from Little Acre Mushrooms, tomatoes and sprouts from Neighbourhood Farm, and kale and kang kong (water spinach) from Falls Farm. There will also be a rotating coffee offering, and Wandering Cooks’ very own baked goodies and preserves (there might even be some lockdown marmalade on offer). 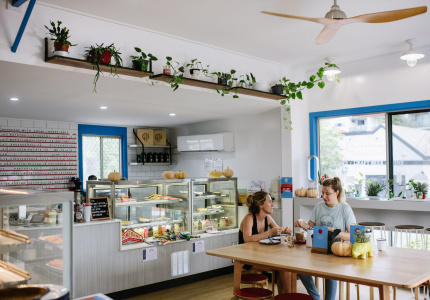 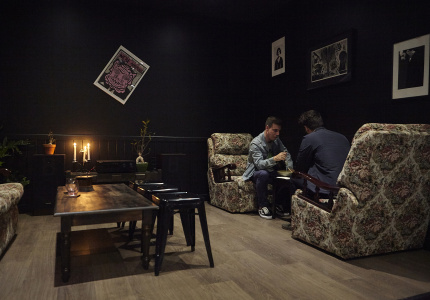