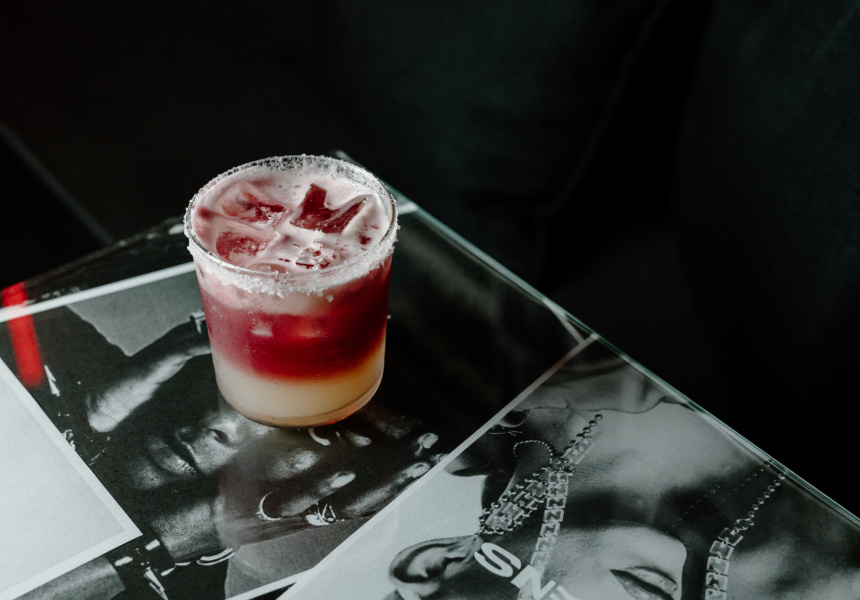 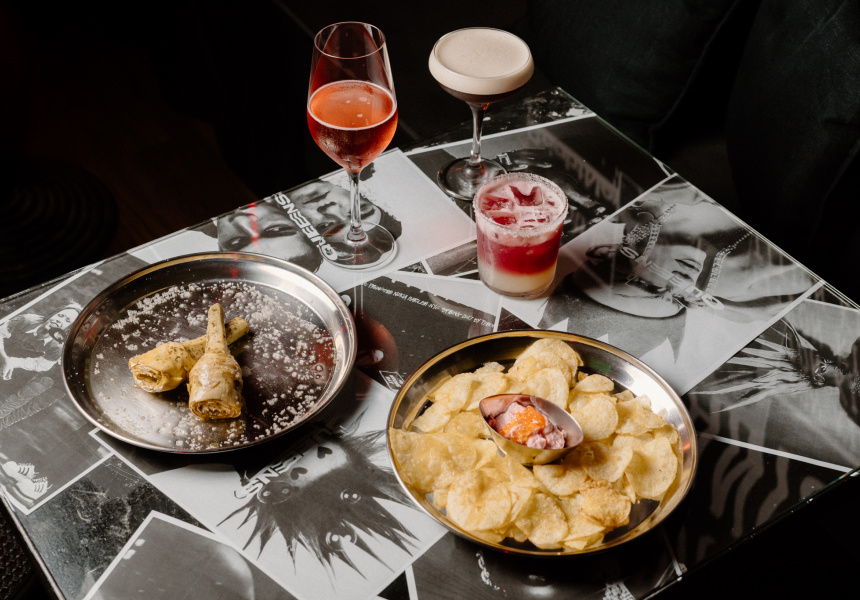 A few different interpretations might come to mind when you hear the name of Kyle Weir’s new Brunswick Street bar, “Queens”. Which is exactly what he was going for.

“Whether it’s the band [Queen], women’s empowerment... drag queens, the queen of England, everyone’s mind goes somewhere, which I like,” Weir tells Broadsheet. There are black and white posters of all the above plastered on the walls of this ex-barber shop.

The mishmash of inspiration, and Weir’s openness to interpretation, hints at the bar’s inclusive and welcoming nature. “A big part of why I opened a bar is to be able to have a space for whoever … I just want [guests] to feel comfortable.”

The approachable space, which opened at the end of May, is a reincarnation of Weir’s much-loved Commercial Road Public Bar, which shut up shop after a nine-month run, prior to Queens’ opening. Here you’ll find a concentrated version of the Newstead venue: a more compact space, louder music (disco, largely), a longer cocktail list and a dive-y, grungy aesthetic complete with neon lights and disco balls.

“Essentially what was working at Commercial, we grabbed and did here,” Weir says.

The wine list is made up of lo-fi drops by producers such as Brave New Wine, Commune of Buttons, La Violetta and Harvest, almost all of them served by the glass and likely to rotate regularly. “I usually get 12 or 24 bottles at a time and then once it’s gone, it’s gone,” says Weir.

The only constant on the list is the house pét-nat. What started out during lockdown as a series of home fermentation experiments with peaches and sugar later became – with the help of an unnamed Hunter Valley winery – a fizzy pinot noir called the Queens Royalty.

The Mediterranean-inspired menu favours wine-friendly snacks like taramasalata, caviar and patatas fritas, sardines with bread, and prosciutto. Burrata – which Commercial Road Public Bar would turn out seven to eight kilos of every week – has come across to this menu, now with four options: one with olive oil and salt; one garnished with fresh chilli; a tomato and basil number; and a “dessert-esque” version with mango puree, vanilla and a sweet sherry reduction.

Tap and canned beers are primarily sourced from Weir’s mates at Range Brewing, while the cocktail list features five different types of Margarita, including the Queens Margarita, a Don Julio Blanco-based mix with agave, lime, orange and a red wine float. 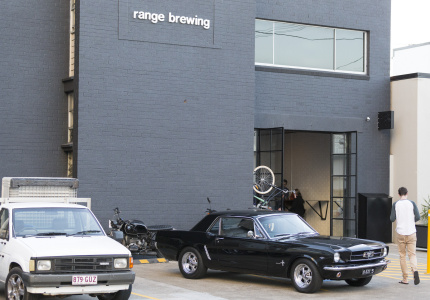