Lobby Bar Opens at The Calile 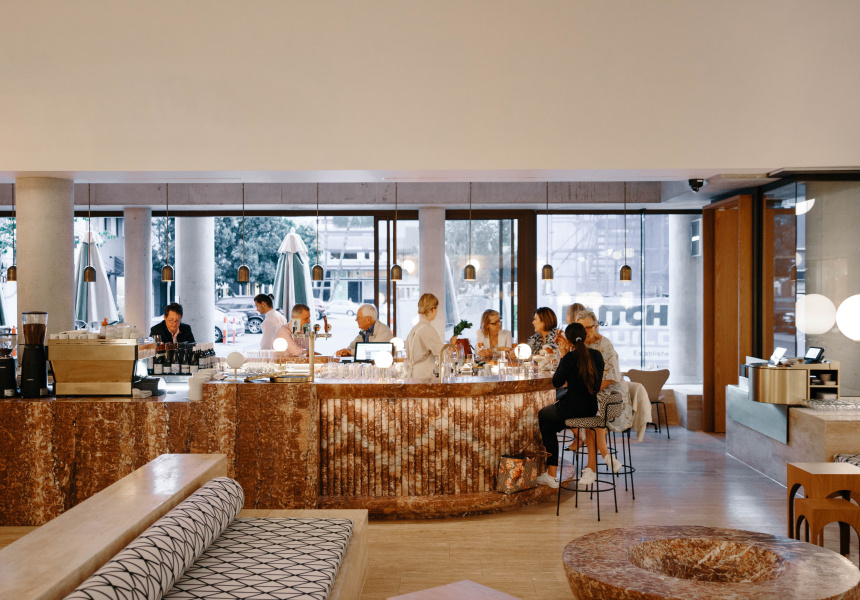 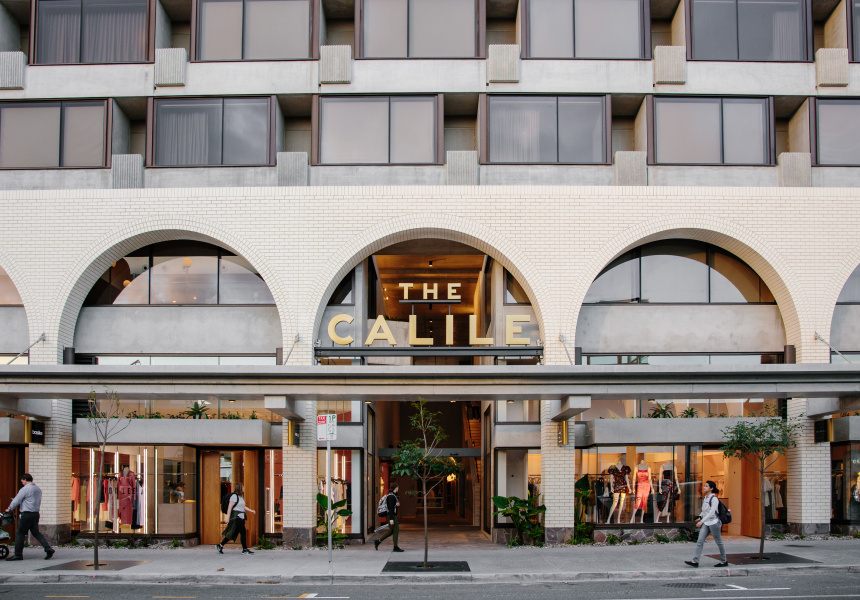 When the owners of The Calile, the Malouf family, set about naming the food and beverage component of their brand new, eye-popping Fortitude Valley hotel they wanted to keep it simple and straightforward.

“[The thought was] don’t call it anything else – just call it what it is,” says food and beverage manager Katrina Ford.

Which answers the first question: no, Lobby Bar isn’t just a fancy James Street boozer. While it’s currently running a slightly reduced menu, by next week the restaurant will be pumping out full breakfast, lunch, dinner and bar-snack menus.

Still, the aim is for a candid and unfussy take on food, drinks and service. The wine list remains approachable even while peddling a bunch of left-field producers, Ford says. The food is cutting edge but “we’re not fine dining”. As for the presentation: “We’re trying to give that elevated service,” Ford says. “The staff knows everything about the menu, everything about the wine list, but they can actually stand here and have a chat.”

The Queensland-born Ford knows her stuff; she’s held management positions across a number of venues, including Coogee Pavilion, Mr. Wong, Ms G’s, Guillaume and Hugo’s Lounge in Sydney, and the iconic Shoreditch House in London.

Her counterpart in the kitchen is Kitak Lee. Lee comes to the position after a stint as head chef at Melbourne’s celebrated The Table at Kuro Kisume. Previously, he had sous chef roles at Momofuku Seiobo (which made the World’s Best Restaurant list), Cho Cho San and Bilson’s in Sydney.

Lee has given the menu a sophisticated, contemporary Asian influence. Standouts include grilled calamari with yuzukosho and fennel; a salmon confit and cold soba noodle salad served with local mushroom; and a simple oyster offering served with either ponzu and chive, finger lime and umeshu, or fresh lemon.

The extensive wine list is a 60-40 split between Australian and European producers. Elsewhere, there's a bunch of classic cocktails and craft beers on tap.

Lobby Bar’s classy approach extends to the space itself. A collaboration between hotel architects Richards and Spence and fit-out company Lamberts (E’cco, Detour), it features pink marble dining tables, a wrap-around bar with repeated marble columns across the facade, and bench seating with black and white textiles. Floor-to-ceiling windows flood the entire area with natural light, giving the restaurant an easy-going, approachable feel.