It’s packing a lengthy international wine list, Italian beers and bottled cocktails, as well as house-made focaccia, and charcuterie and cheese boards. And it’s all available for takeaway and delivery. 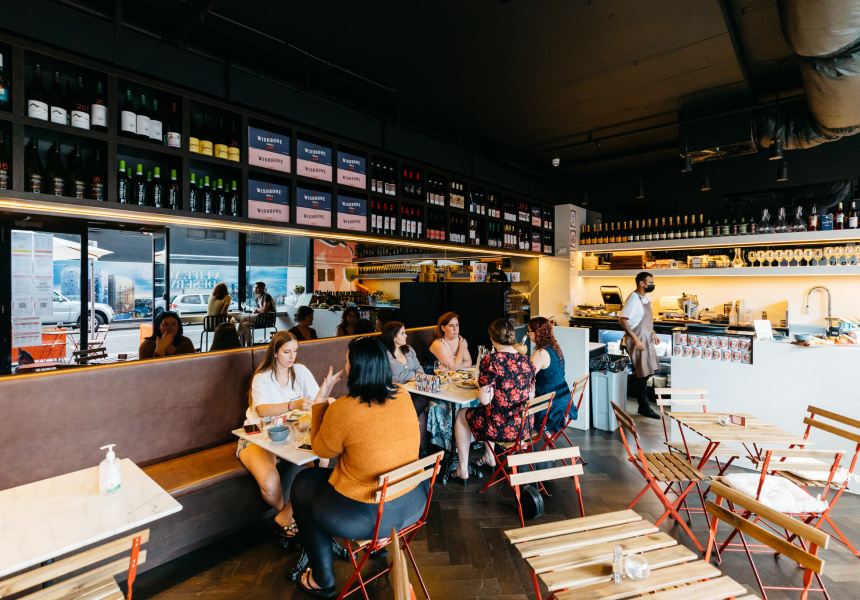 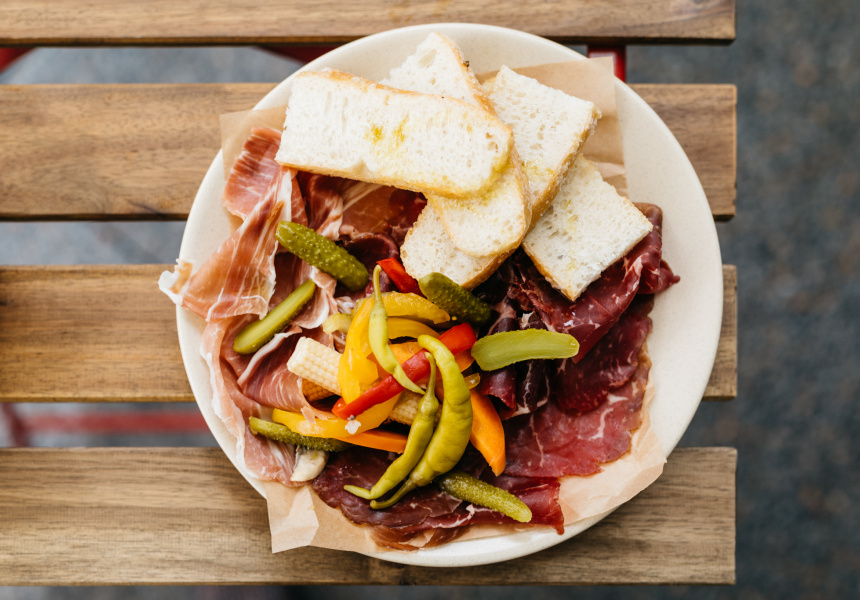 Stefano de Blasi and Edoardo Perlo can’t stop. At least, that’s the way it probably seems to anyone who’s watched their run of Fortitude Valley venue openings over the past six months.

The Salt Meats Cheese owners and Sydney imports opened late-night Rome-inspired diner Eterna in the old Longtime space on Ann Street in August, before teaming up with Sydney’s Maybe Sammy crew in December to unveil Cielo Rooftop Bar and La Costa Bar, which moved into the heritage-listed Foresters Hall spaces previously occupied by Altitude Rooftop Bar and Foresters Bar. Next month will see the same group open La Costa the restaurant in Foresters Restaurant’s old tenancy on the corner of Brunswick and Alfred streets.

In the meantime, though, comes La Valle, an Italian-influenced wine bar located 50 metres further along Alfred Street. It opened last week in the poky former digs of Valley Wine Bar. It’s a venue so small it might almost seem inconsequential, but de Blasi says there’s a method to this apparent madness.

“When the landlord, Accor, approached us about these spaces, the whole deal was to take all the venues together,” he says. “They wanted one operator to take over all three or four sites.

“We saw this as an opportunity to do a real local’s place – something aimed at guests who live in the towers above us, compared to La Costa and Cielo, which are much more destination venues for people travelling into the Valley. You can come down for a glass of wine, but it’s also a bottle shop, and the office community can grab-and-go house-made focaccia with porchetta or mortadella or buffalo mozzarella.”

For drinks, La Valle’s wine cellar ranges anywhere between 140 and 200 bottles, depending on what curios its suppliers might want to trial in the bar. A significant portion of the list is dedicated to smaller Italian and Australian producers, but there are also wines from California, France and South America. It’s keenly priced too, with many bottles on the house list coming in under the $50 mark, and wines by the glass typically priced between $10 and $12. Pick something from the bottle shop to sit down and drink and you simply add a flat $25 to the price, so an $18-bottle goes for $43, say, or a $100-bottle for $125. Elsewhere on the drinks list, there’s an Italian and European-leaning selection of beer, and pre-bottled cocktails by Fonzie Abbott.

On the food menu, beyond the focaccias are grazing options such as charcuterie and cheese boards, olives, and tinned seafood.

The venue itself takes the dark, moody bones of Valley Wine Bar and lends them a splash of colour. Foldable chairs, tables and umbrellas give La Valle the feel of a summer Italian kiosk, designed for the outdoors.

“We wanted to show people this is like a spritz bar from Venice or a street-food bar from Rome,” de Blasi says. “It’s really, really similar … at the end of the day when you have a glass of wine, you want to have fun and relax and not be pretentious. You just want to take it easy.”

But La Valle’s killer feature might just be an app it’s launching later this week, which will introduce a booze delivery service for the Valley, Spring Hill, New Farm, Newstead and Teneriffe. Think Jimmy Brings, but fancy.

“You can order alcohol from us and it will be delivered in 35 to 40 minutes,” de Blasi says. “Food will be available for delivery through the app too, and on Uber Eats, Deliveroo and Menulog.”