He brings with him over 15 years’ experience as a pizzaiolo (including time spent running the kitchen at Merivale’s Newport in Sydney) and a 36-hour proved dough that’s ditching the Neapolitan style for an “even better” pizza base. 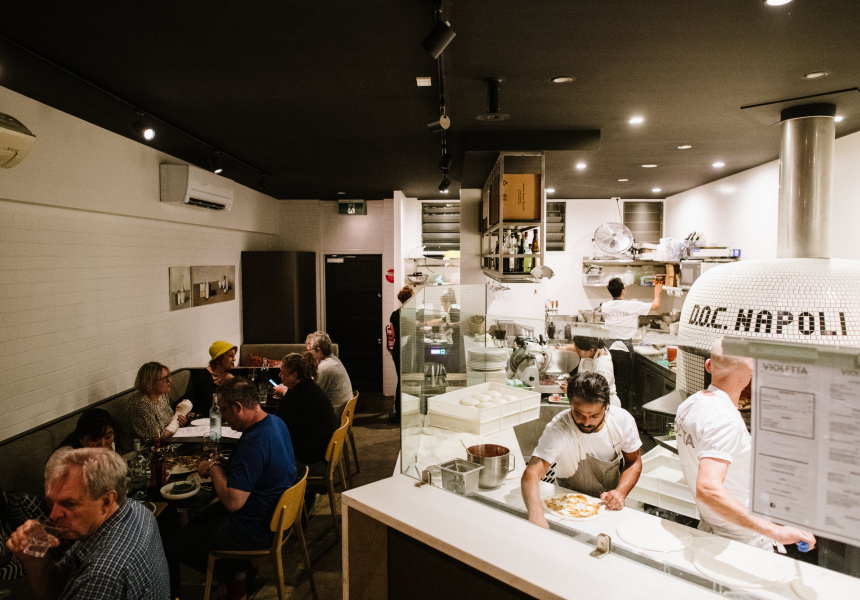 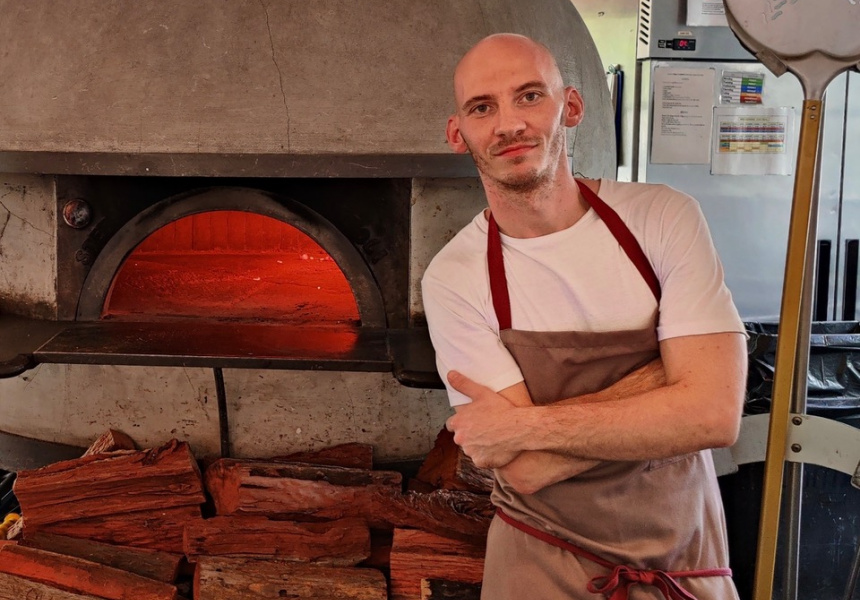 In October 2021, Pizzeria Violetta said “grazie” and goodbye to its customers, suppliers and staff, temporarily closing to regroup and ride out what would (hopefully) be the last challenges Covid brought the hospitality industry.

“I wanted to preserve what everyone loves about the restaurant, the amazing food along with the friendly and relaxed service,” says owner Renata Roberts. “We just couldn’t provide our loyal customers with the experience I wanted to give them.”

Six months on – after a major push to hire staff amid industry-wide shortages – the doors have finally reopened with new head chef Mario Miljkovic running the show.

The timing was just right, according to Roberts, who also owns Sichuan Bang Bang next door). “Mario and his wife were keen to move up to Brisbane to settle down and as soon as I interviewed him, I signed him up,” she tells Broadsheet.

Originally from Vicenza, Italy, Miljkovic has more than 15 years as a pizzaiolo under his belt, training and working in both Italy and Australia. Previously, he worked as head pizza chef at Sydney’s Pizzeria Rosso Pomodoro and Terrazza Pizzeria before moving on to lead the team at Merivale’s Newport for five years.

He’s joined by 2IC pizzaiolo Ajay Ghimire (also ex-Merivale) and together, the pair has developed a new dough for the pizza base. While it’s not the traditional Neapolitan-style customers are used to seeing here, Roberts reckons “the product is even better now”.

“They were in [the kitchen] for four or five days, just experimenting to make sure they got it absolutely perfect,” Roberts says. “They’re both from Sydney and were unaccustomed to making dough in humidity like this in Brisbane, so they had to get that right.”

The result is a 36-hour proved dough (cooked in the kitchen’s Stefano Ferrara Forno woodfired oven at 400 degrees Celsius) which makes for a crispier bottom with a structural integrity that allows you to fold the slice without toppings falling off.

While the bases have changed, the toppings remain largely the same. Old favourites like the margherita, diavola and primavera are still on the menu, alongside fresh new combinations like the seppia (fior di latte, squid, chilli, cherry tomatoes and lemon). Starters, sides and desserts make up the rest of the menu including plates of fritto misto (deep-fried mixed seafood), burrata and a vegan antipasto, a classic Caprese, radicchio and fig salad, and a Nutella calzone.

The drinks list is concise – just 12 mostly Italian wines, two cocktails (an Aperol spritz and a Negroni) and a few Italian beers – to keep things simple while the new team settles in.

“Everything we’ve got on the menu, we’ve put it on because we know we can make it well and deliver it efficiently,” says Roberts. “I think our customers all understand that we’re trying to find our feet and get back into the swing of things.”

After reopening last week, the old regulars were some of the first through the door. “It’s so nice to see them coming back. That was really heart-warming,” says Roberts. “It seems like everyone’s really happy, and the team is very excited.” 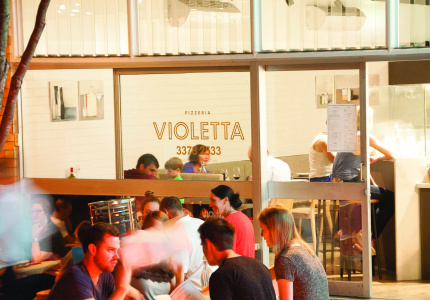