Come for smoked cocktails, Turkish Coffee Martinis and a menu of late-night vegetarian eats including a Beyond Meat kofta. Also, vinyl – lots of vinyl. 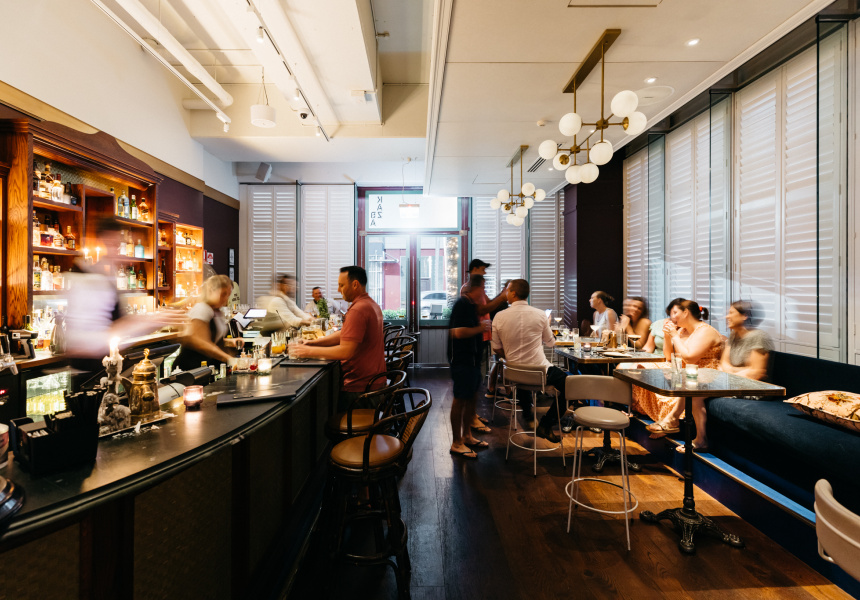 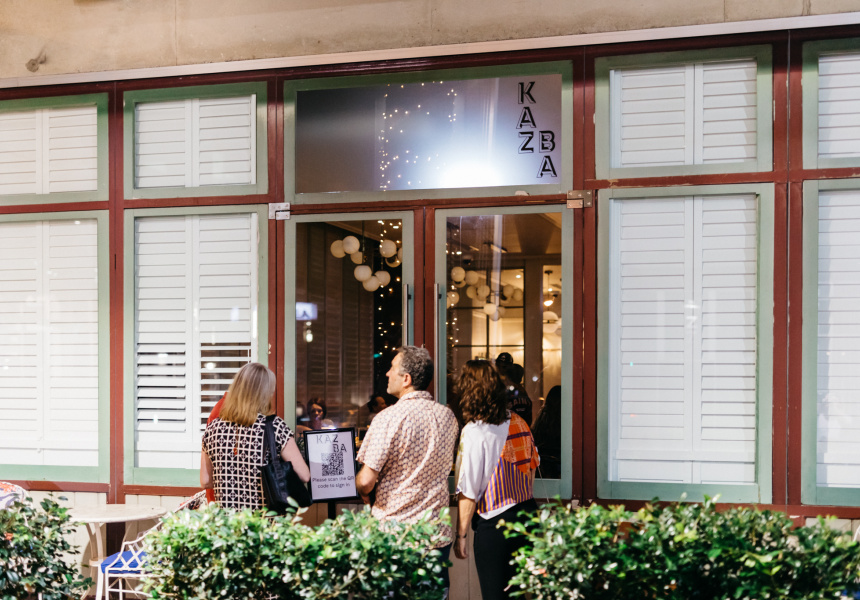 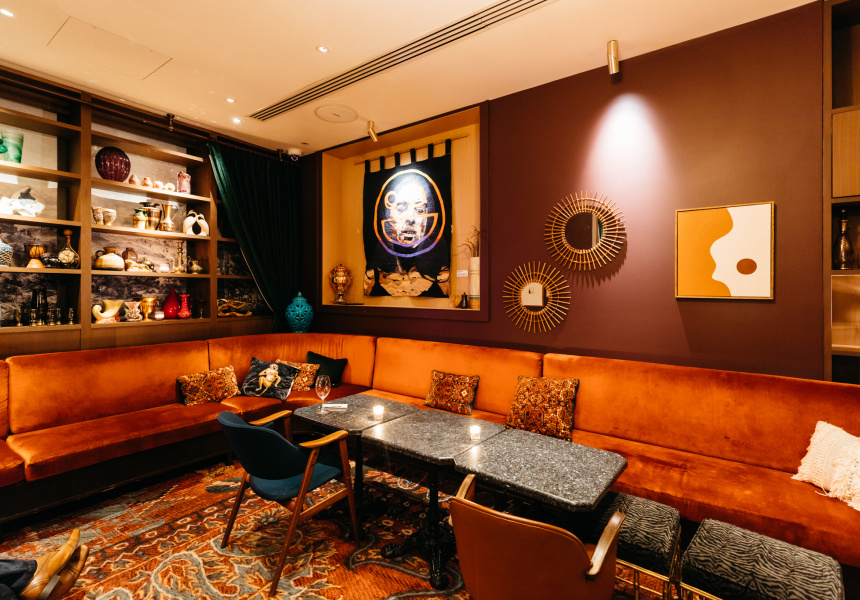 Once upon a time, the relaunch of a hotel bar wouldn’t have rated a mention in Brisbane. But hotels in this town aren’t what they used to be (see The Fantauzzo, The Calile, W Brisbane) and neither are their boozers (Fiume, Lobby Bar et al). That perhaps applies to no other hotel group more than Ovolo.

The Hong Kong-based company rarely does things by halves. That included last week when it relaunched the bar attached to its Za Za Ta restaurant at Ovolo the Valley as Kazba, a much moodier venue that has gone all in on a Tel Aviv-inspired drinks menu.

“Covid-19 gave us a chance to reset and look at the flow of the entire venue,” Ovolo’s director of food and beverage operations for Australia Jared Thibault says. “It perhaps should’ve been two separate venues from day one.

“Since we switched the restaurant to a vegetarian menu, we’ve wanted to market the bar as more standalone and as a cocktail destination. We wanted it to be a little more fun, a little more playful. The ambience is different. It’s a little darker, the music’s a little louder.”

From a cursory glance, it would be easy to think there hasn’t been much change, but the rethink shows in the details. Step into the bar now and you’ll notice the lighting has been redesigned, and any free flat surface seems to be populated by candles. The Library area of the venue has been restyled and the DJ booth moved to the very front by the door, setting the tone that this is very much a bar.

“[Ovolo group creative food and beverage director] Vince [Lombino] has been to Tel Aviv and he talks about how the whole bar scene there is built around not just drinks, but music,” Thibault says. “So we’ve added vinyl DJs to the venue.”

Music curator Andrew Lewis has brought his experience as QT Hotels’ music director (that whole lark of different tunes playing in the QT Sydney elevators depending on how many people are in there? Lewis had a hand in that) to bear on Kazba’s selection of music, angling it towards Afrobeat, funk, soul and disco.

“We’re trying to not take ourselves too seriously,” Thibault says. “The Za Za Ta bar maybe had a slightly more serious edge. We want to be a little more playful, a little more fun, a little more theatrical. It’s about creating a fun environment.”