Josh Lopez Has Bought The Wolfe in East Brisbane

Say goodbye to one local star chef and hello to another. 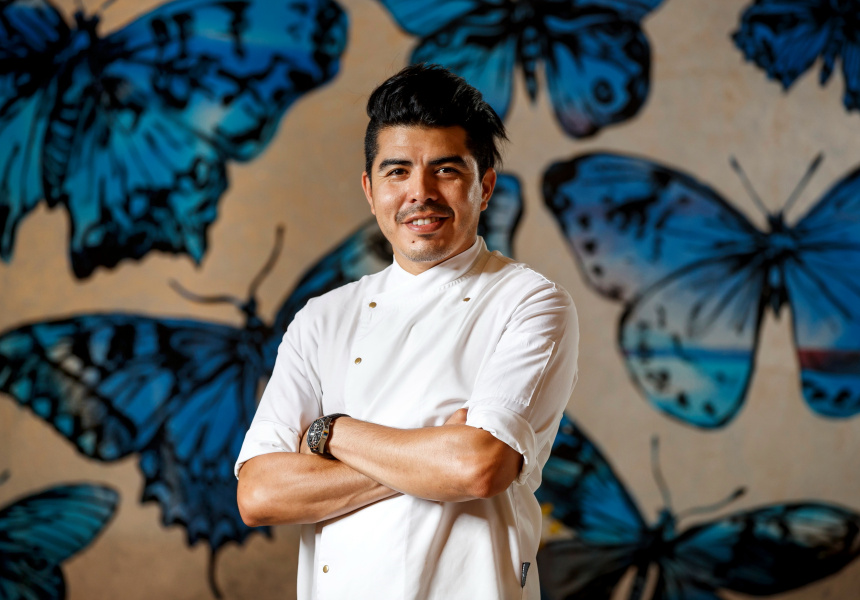 Photography: Image courtesy of The Wolfe
by Matt Shea
Share

Celebrated Brisbane chef Josh Lopez has finally found a home for his cutting edge cooking, taking over The Wolfe in East Brisbane from chef Paul McGivern and his partner Bailee Dewes.

The move follows a topsy-turvy 2018 for Lopez, who left Emporium South Bank before he even opened what was to be the hotel’s signature Opal restaurant. Later that year, Lopez ran a series of successful pop-up dinners at the Bromley Room in West End.

Lopez says he knew McGivern and Dewes were looking for a buyer for The Wolfe in 2018, but the timing didn’t line up until early this year. “I was focusing on the Bromley Room dinners and before I knew it, it was Christmas. We started the conversation again in the new year,” Lopez says. “My circumstances had changed and [they] still wanted to sell. The rest is history.”

The decision to sell was in part forced upon McGivern after back surgery last year meant the star chef had to wind back his work in the kitchen. “My hand was forced to either stop cooking or have more operations,” he told the Courier Mail.

McGivern and Dewes will now focus their energy on La Lune Wine Co in South Brisbane.

“To have four [staff] and working intimately with them, it can only be stronger. My best days of cooking are ahead of me. There are less distractions … we can be reactive, we can be innovative and try things, but always be customer focused.

“Small businesses are fantastic for that,” he continues. “You create lasting bonds. My other vision is to be part of the community, to be suburban. We’ve already seen the locals come in, and [we] understand how passionate they are about the venue. And Paul’s food is not too dissimilar to mine – flavour focused, produce focused, with hints of native ingredients. So it seems like a natural progression.”

Lopez has already taken charge of the restaurant, with his wife Krystal coming onboard to run front of house. His first menu includes Murray cod served with pea, avocado and allium; and six-score Cabassi A3 Wagyu plated up with brassica, beetroot and blueberries. An accompanying degustation menu taps into Lopez’s love for storytelling through food with courses named “Ocean Floor”, “Expedition” and “Born to Die”.

Wine has a heavy focus on France’s Champagne and Burgundy regions, and features Queensland producers such as Golden Grove, Symphony Hill and Ballandean Estate. The Wolfe’s popular BYO Tuesday nights will also continue.

Lopez says he has purchased a business with “good bones”. While for now he feels he’s a custodian of McGivern and Dewes’s hard work, he will soon start tweaking the restaurant to be more “Team Lopez”.

“It’s the culmination of 16 years working at Noma, working with Gordon Ramsay [at Maze], working at GOMA … in a really progressive arts space,” Lopez says. “It’s still a work in progress, my career, but I feel really settled and emotionally comfortable with my food.

“I had the permission at Two Small Rooms [the first restaurant where Lopez worked as head chef] in 2008 to treat it like my own restaurant and that’s when people produce their best – for me, here it’s coming full circle but bringing worldly experience. It feels like a culmination but we’re focused on flavour and service and trying to produce excellence.”