Expect cocktails, sangria, a tight wine list and a broad menu of Mediterranean share plates served against a backdrop unlike anything else in the city. 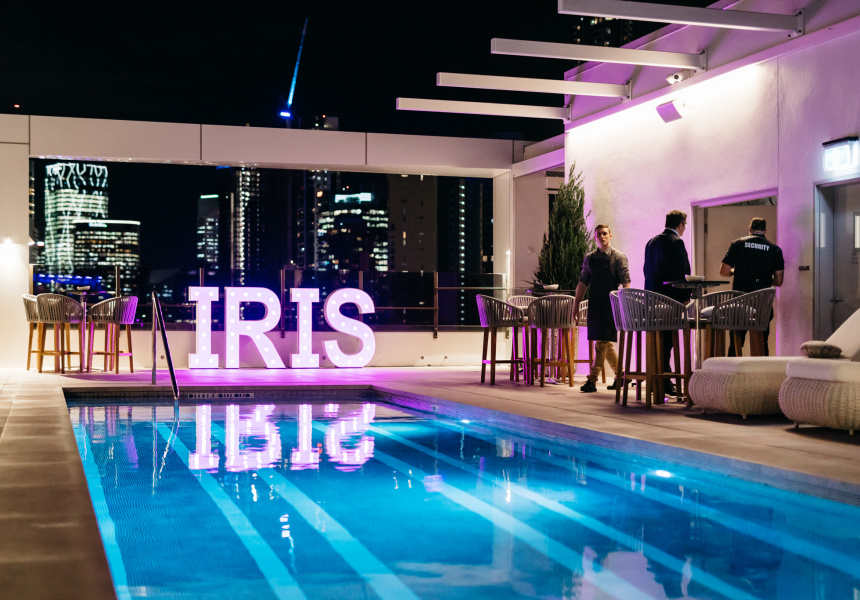 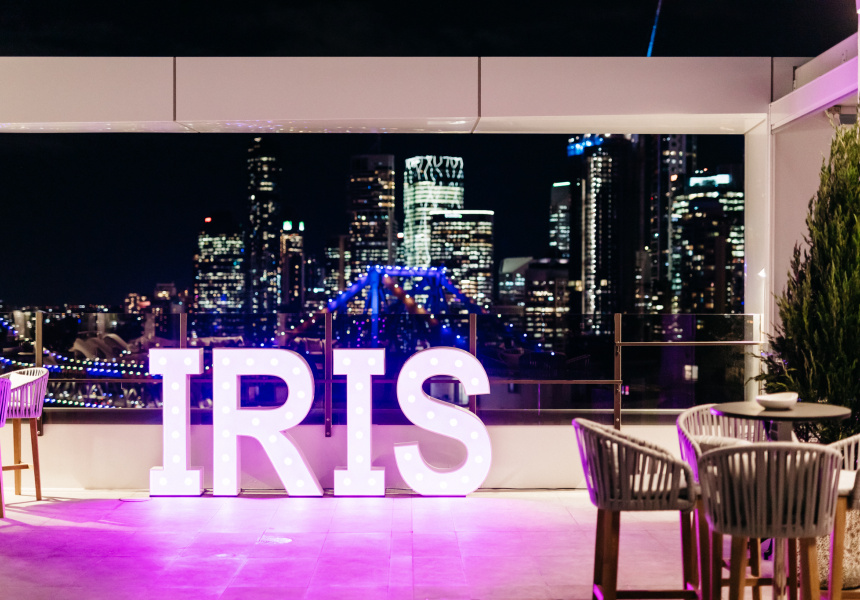 Rooftop bars took a long time to catch on in Brisbane. Which is odd when you consider the city’s climate almost seems custom-designed for them.

Ten years ago there was the rooftop bar at The Fox (now renamed Dandy's) – and that was about it. Now, you can barely walk a couple of blocks through the Valley, say, without one of your mates trying to drag you into an elevator or up a staircase. There’s Limes, Dirty Sultan, Cielo and Elixir. Elsewhere in town, there’s Fitz and Potts, Sixteen Antlers and Emporium Rooftop Bar (and the temporarily closed Soleil), among others.

There are so many now that it takes something special to cut through the noise. Maybe it’s Fiume’s unique position wedged under the Story Bridge, or Maya’s peculiar uphill perspective of the CBD.

You can add to those Iris, Ghanem Group’s (Donna Chang, Boom Boom Room Izakaya, Blackbird) rooftop bar and 200-seat restaurant, which opened this week atop the brand-new Hotel X in the Valley. Sitting on the high side of the Brunswick Street Mall, a couple of blocks back from Howard Smith Wharves, its open-air outlook is one of a kind, the apartment blocks of the Valley giving way to the Story Bridge crossing in front of the stacked highrises of the CBD.

“On a nice day you can see the dunes of Moreton Island,” Ghanem Group managing director Nehme Ghanem says. “You can look at the detail of the Story Bridge or the detail of the individual high rises in the CBD. If you look to the east you can see all the way down Brunswick Street to New Farm Park.

“It’s such a unique position on top of that hill – everywhere you look, it’s a clear line-of-sight. It’s amazing. From the first tradies who came up here, people were gobsmacked.”

It’s eye-catching inside, also. Encompassing a restaurant space, private dining room and a pool area, Design studio Space Cubed has delivered a venue intended to capture the feel of the Mediterranean from Barcelona to Beirut. Stone and tiled walls, marble tables and rich fabrics give way to parquetry floors, olive trees and hanging wisteria.

“They’ve worked with us on all our venues so understand what we’re after,” Ghanem says. “We didn’t want so much detail in the finishes that it took away from the view. We wanted it to be great, but secondary to what you’re looking at outside.”

For food, Ghanem Group exec chef Jake Nicolson and head chef Lloyd Evans have produced a mix of tapas, flatbreads and bigger share plates. You might start with cumin spiced fish tacos with cabbage and fennel slaw, or serrano jamon and manchego croquettes, before shifting on to grilled gem lettuce with dressed spanner crab and avocado mojo verde, spicy lamb and chorizo albondigas (meatballs) with coriander and mint yoghurt, and Wagyu pichana (rump cap) served with a chimichurri rojo.

For drinks, there’s a classic-leaning cocktail list, a sangria menu, and a tight 80-bottle wine list that mixes Australian drops with vino from Spain, France, Italy and Greece.

Iris is the second opening for Ghanem group in a single location after the French-inspired Bisou Bisou was unveiled on the ground floor of Hotel X in late February. In that sense, it’s part of a new trend of independent operators running hotel food and beverage spaces and turning them into community destinations (see Hellenika et al at The Calile).

There’s something else going on here, too, with Howard Smith Wharves helping activate the Valley’s nightlife on the eastern end of Brunswick Street as it heads towards New Farm. Hotel X is little more than a stone’s throw from the elevators that service HSW, and on the pedestrian route between the wharves and James Street.

“During the last few months, sitting in the bar in Bisou Bisou on a Saturday evening, the foot traffic that comes down from those elevators, it’s huge,” Ghanem says. “We are at the gateway to the Valley … and a gateway between James Street and Howard Smith Wharves.”