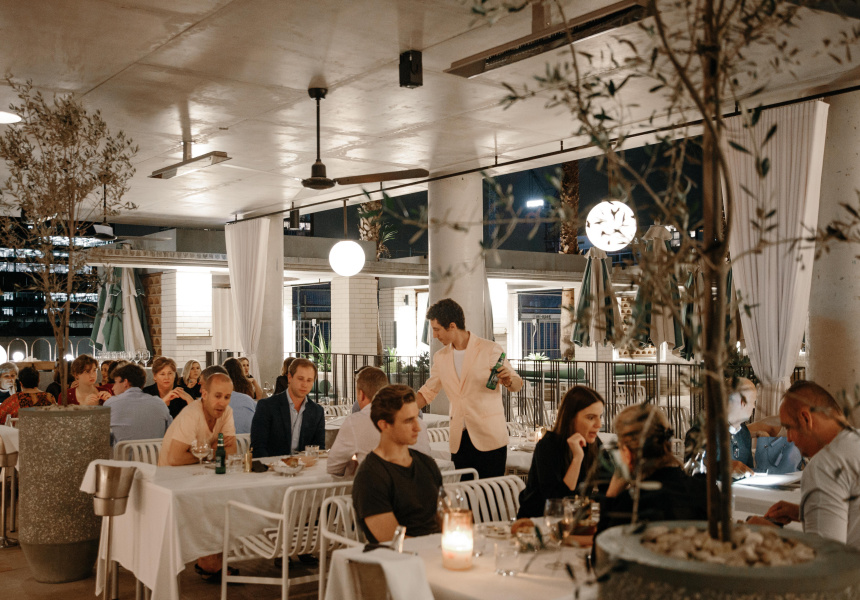 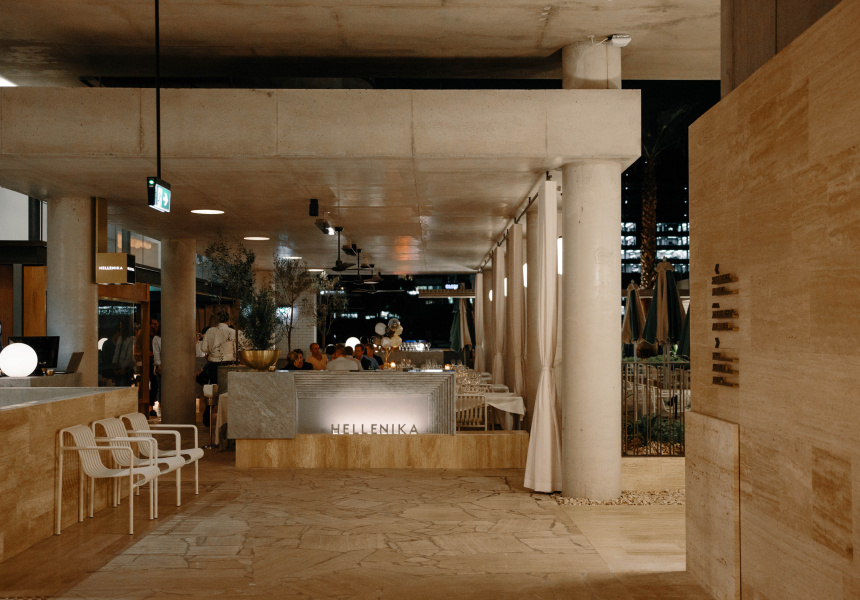 Anyone who has spent time on the Gold Coast will know Simon Gloftis and his impressive portfolio of restaurants, including the much celebrated The Fish House and flash Nineteen at The Star, which opened in March.

But it was Hellenika that first got Gloftis recognised in 2010, a time when the Coast’s dining scene was a rough sketch of the world-class offering it has become today.

“When Hellenika first opened there was no sharing food or set menus [on the Gold Coast],” Gloftis says. “Unfortunately for some, I brought [these] things to the Gold Coast.”

Hellenika is widely regarded as one of the country’s best Greek restaurants. Now Brisbane locals don’t need to take the M1 to get their spanakopita fix; Gloftis has opened a second Hellenika inside Fortitude Valley’s stunning new boutique hotel, The Calile.

“I’ve had a lot of offers [to open a second Hellenika] but I didn’t feel comfortable,” Gloftis says. “I met with the landlords [of The Calile], and a deal was done in about a week.

“They gave me a great incentive to come, but that wasn’t [what drew me], it was the building. When you see the building you understand. Hellenika looks like it should be [at The Calile].”

Gloftis called on the hotel’s architects, Richards and Spence, to head up the design of the new restaurant. There’s lots of white, marble and timber features, and a smattering of soft pastel and greenery. The restaurant overlooks the hotel’s pool and pool deck, with its cabanas, chairs and umbrellas, where guests can order drinks and snacks.

The drinks list is also similar to the Coast’s but throws in a few more champagnes. The wine list has around 500 bottles in total, many international, with a bunch imported from Greece.

For breakfast expect risogalo (a Greek rice porridge), bougatsa (custard wrapped in filo) and a big Greek breakfast with a lamb cutlet.

“I used to own cafes so I know how to do breakfast, but I haven’t done it in so long,” Gloftis says. “To be able to put a Greek slant on it, I can’t wait.”