Kid Curry is a “virtual restaurant” designed for the Covid-19 lockdown, and it has a star chef at the helm. 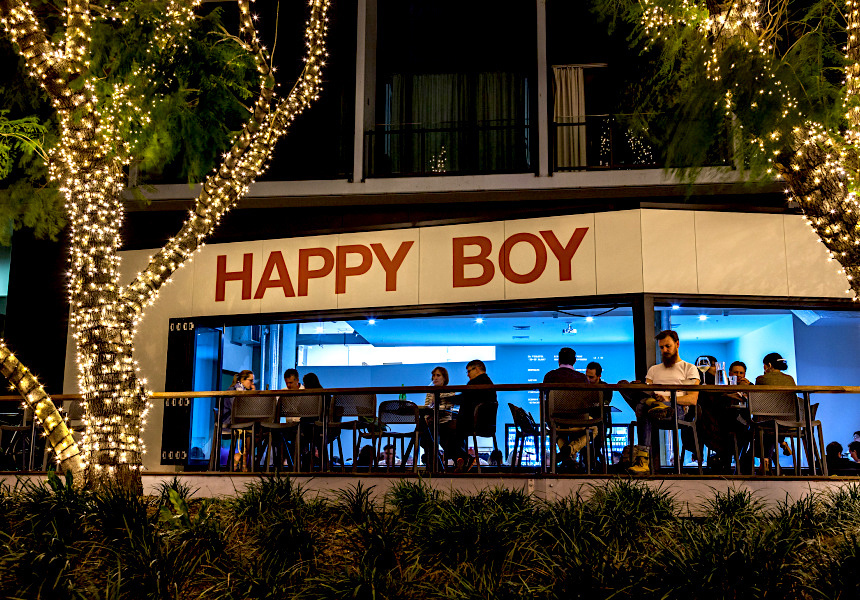 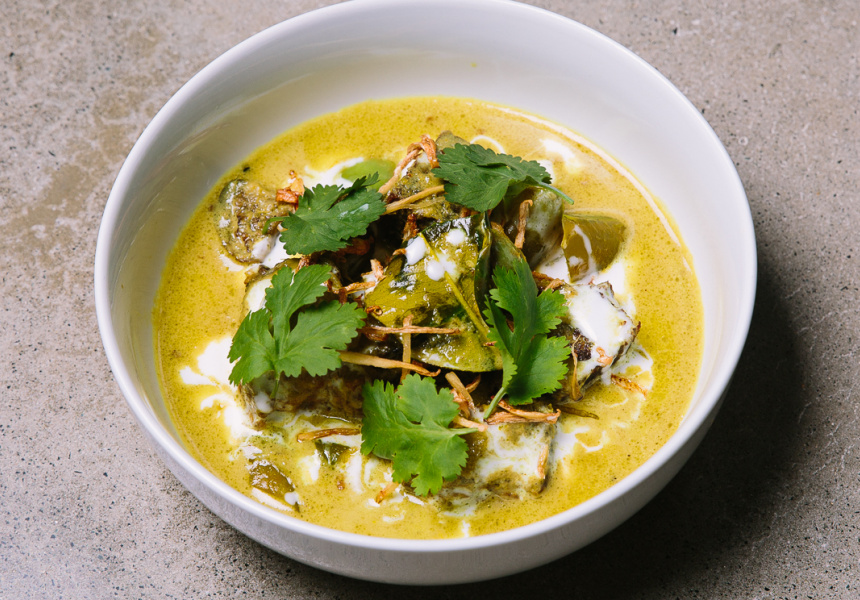 This story was originally published on April 15 2020. Menu items may have changed.

You could be like many Brisbane restaurateurs and – if viable – close your eatery to ride out the coronavirus outbreak. Or you could be like Cameron and Jordie Votan and open a new one.

The Votan brothers are best known for Happy Boy, their enormously popular Chinese restaurant that has been doing a roaring takeaway and delivery trade since the federally mandated March 23 shutdown of restaurants, bars and cafes. Their neighbouring Snack Man bar also has an ongoing presence via a few food items on Happy Boy’s online menu and its own temporary conversion into a takeaway bottle shop.

But the brothers also own Greenglass in the CBD, which is effectively closed for business. It leaves the Votans with a bunch of staff for whom they have little work – a situation that’s particularly fraught for the group’s working-visa employees, who qualify for only limited support from the federal government.

So, what to do? The answer is Kid Curry, a new “virtual restaurant” that debuted in April for delivery and takeaway.

It’s a straightforward set-up: six curries and a bunch of sides, none of which are confined to a particular region but take inspiration from across the Indian subcontinent and Southeast Asia. An Indonesia-inspired confit duck rendang sits comfortably next to Goanese sembharachi kodi (a prawn curry with onion, ginger, spices and coconut milk) and a Thai beef green curry.

“We’ve always really loved curry as a genre of cooking and thought about doing something with it,” Cameron says. “[It’s] taking a humble set of ingredients and turning it into something amazing you can stretch out across a bowl of rice.

“So we were already sitting there thinking about it and we needed to put our Greenglass chefs to work.”

The catalyst turned out to be chef Tom Swapp. Swapp has recently worked at Pony and Arc Dining but is perhaps best known for his time as executive chef of Yandina’s acclaimed Spirit House. The Votans and Swapp got talking about the concept and hit it off over a mutual love of Indian and Thai cooking.

“It all just came together quickly given we had access to his expertise,” Cameron says.

Under Swapp’s guidance (with plenty of input from Greenglass’s Damien Paliwoda and Happy Boy’s Sammy Lin), the Kid Curry team has both drilled down into the background of their dishes while also trying to put a unique spin on them. The butter chicken, say, is prepared using a technique popularised in the 1950s by Delhi cafes and restaurants, when the dish was used to cook off leftover tandoori chicken. The approach calls for long marination, traditional roasting, smoked tomato and plenty of butter (rather than cream, which is frequently used in more modern takes on the dish).

“It was originally a leftovers [dish] but there’s actually a lot of expense creating it from scratch,” Cameron says.

The menu features just the six curries alongside sides such as roti, pappadams and curry puffs, but will ultimately expand to a selection of 10 or 11 rotating mains that will include at least two vegan and two seafood curries. For drinks, the Votans are using Kid Curry to shift Snack Man’s significant stockpile of European wine, a 30-bottle list covering German rieslings, French rosé and lighter Italian red wines.

If it all goes off without a hitch, you can expect Kid Curry to be a bricks-and-mortar restaurant once the Covid-19 crisis has passed. First, though, the Votans are keen to test how their diners take to these very different curries lined up next to one another on a single menu. After all, it’s something they've experienced before – only at Happy Boy.

“You would rarely see Sichuan fish slice alongside Cantonese roast duck [in a mainland Chinese restaurant], for example,” Cameron says. “[But] if you can get enough [dishes] to work together, it’s an amazing experience. It’s why people return to Happy Boy, because you can have so many different nights.

“That’s what we’re trying to achieve here. We love the genre of curry but we’re not doing it just for that reason – we also think it’s something we can do really well.”

Hours:
Wed to Sun 4.45pm–8pm for takeaway and delivery
Pick-up from Happy Boy