It features 250 hard-to-find bottles from Australia and abroad, alongside craft beer and fancy gin, vodka, rum and whisky. And there’s delivery available too. 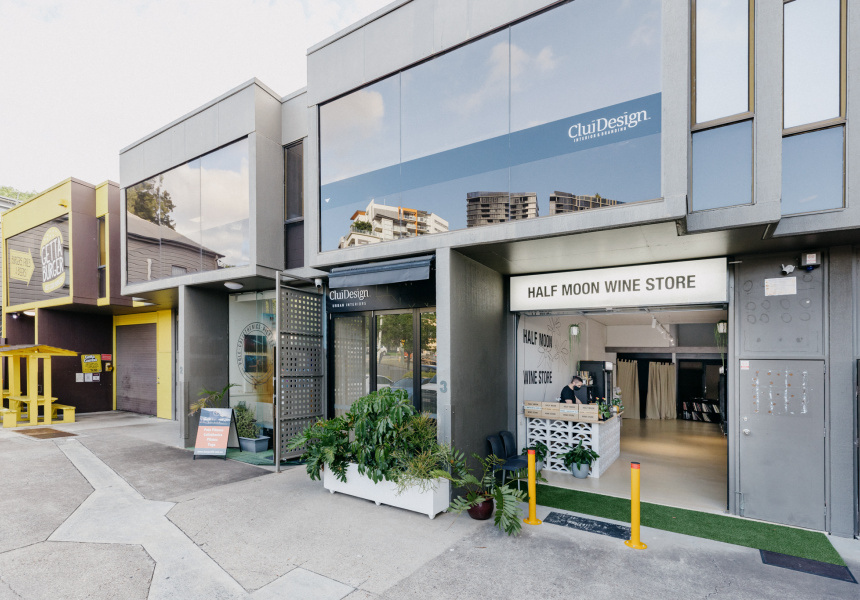 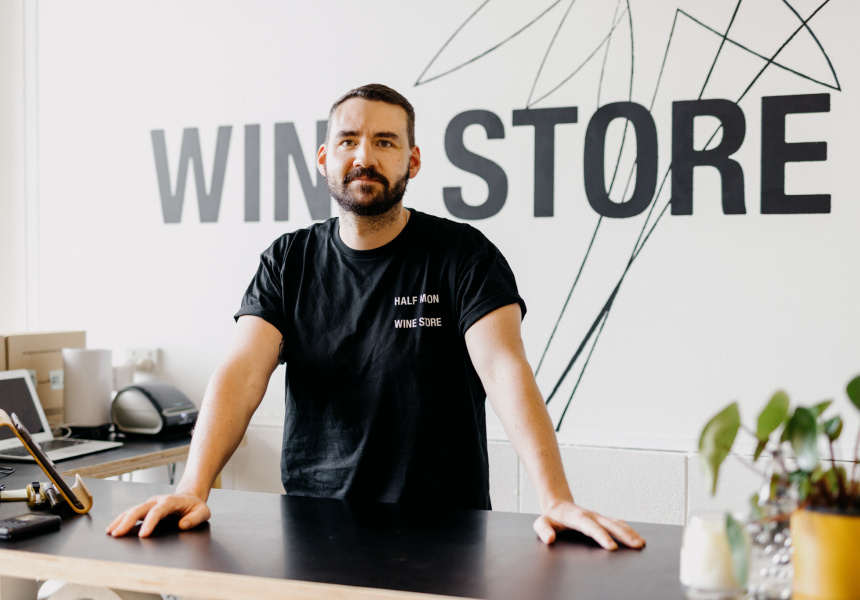 Brisbane’s restaurants have been at the forefront of introducing diners to interesting small-producer wines, from both Australia and abroad. Eateries such as Happy Boy, Agnes, Southside, Bianca and Rothwell’s all feature cutting-edge wine collections stuffed full of hard-to-find biodynamic and natural drops (1889 Enoteca was just named one of the world’s best Italian restaurants for this very reason).

Brisbane’s bottle shops, however, have been a little slower on the uptake. There are probably half a dozen cookie-cutter big-brand retailers between your house and somewhere good such as Craft Wine Store or Wine Experience. In short, this city can sometimes lack places to buy interesting booze.

Alex Farquhar and Jordan Shertock noticed the slack in the market while working in the food and beverage scene in Melbourne.

“The idea came out of working down there and seeing wine stores such as Blackhearts & Sparrows [where Shertock worked for a time] or Mr West in Footscray,” Farquhar says. “They offer something completely different to your usual, run-of-the-mill bottle shops – super interesting with an esoteric selection, and shifting during the pandemic towards an online model that a lot of customers are moving towards generally now.”

So, in the midst of Melbourne’s most recent lockdown, the two Brisbane natives decided to move back north and help fill a hole in the market. The result is Half Moon Wine Store, which in early December opened in a poky space on Brereton Street in South Brisbane.

This has a different feel to your average wine store. There are no decorative champagne crates or random boxes of vino scattered about the place. Instead, it’s a couple of unadorned storage shelves, a couple of fridges, a timber and breezeblock service counter, and that’s about it. The one accoutrement is a couple of turntables and a shelf of records at the back of the space – if you don’t recognise Farquhar from the Caxton Hotel (his family owns the Caxton and Half Moon is operating under an extension of its hotel licence), you might’ve caught him DJing at different spots around town.

“That clean, industrial feel was what we were going for,” he says. “It’s kind of annoying going into bottle shops and having to sidestep around floor stacks of cardboard and boxes and stuff. It can just feel cluttered. It’s nice having a nice, clean space. We wanted to make the hero of the store what’s on the shelves.”

On those shelves is a focused collection of small-producer wine, sourced both from Australia and internationally. So you might find Commune of Buttons’ Adelaide Hills riesling and Momento Mori’s Fistful of Flowers Heathcote moscato giallo stocked alongside French drops such as a Chateau Talaise grower champagne, or “zero-zero” producer Chapuis et Chapuis’s white burgundy and a newly released aligote. There are around 250 different bottles in stock at the moment, with the split 60/40 Australian-international.

“Jordan also has a mad love of all things Italian, so we have a huge selection of Italian white and reds, all of them super interesting,” Farquhar says. “Last night I was drinking a nebbiolo from a Valtellina producer called Arpepe – that can be a difficult wine to find, so we’re lucky [to have an allocation].”

There’s also craft beer available from brewers such as Philter, Range and Hop Nation, and small-producer vodkas, gins, whiskies, mezcals and amari. And same-day delivery is available for customers who live within 10 kilometres of the store.

“Brisbane is literally the perfect weather to be drinking a really nice skin-contact white or a chilled red,” Farquhar says. “It’s been so encouraging since we opened at the start of December … Brisbane punters are keen to go out and try new things. They’re interested. It’s just about giving them the opportunity to do that.” 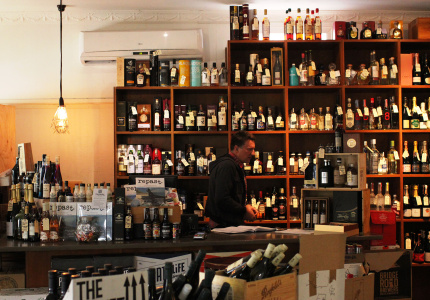