Here’s what you need to check out. 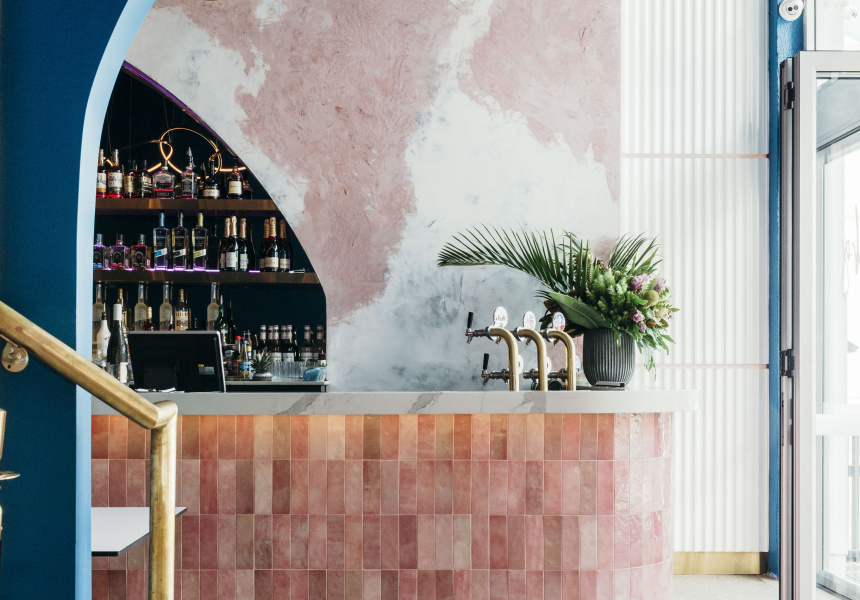 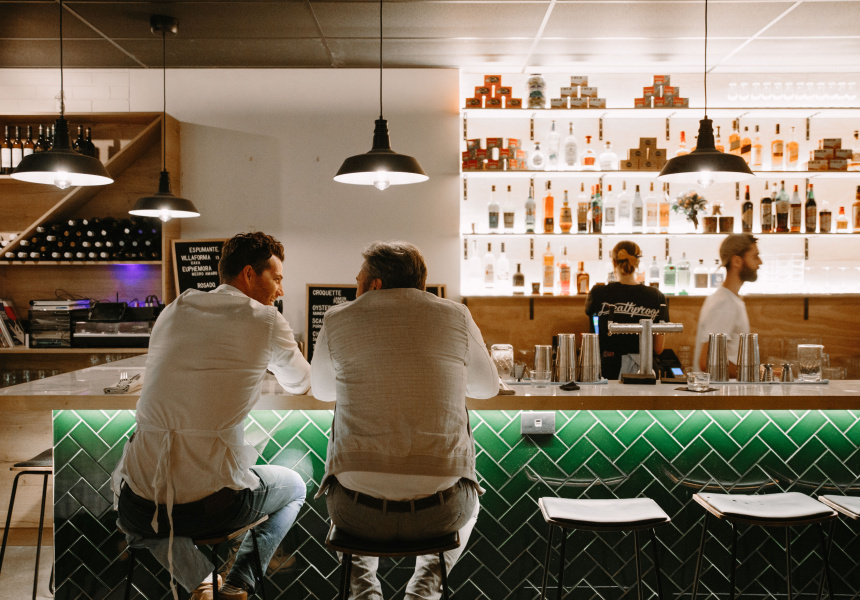 We’re only four and a half months into 2019 and already Brisbane has a bunch of exceptional new bars. Don’t know what to check out? Here’s a primer on the boozers and boltholes worth your time.

Sea Legs Brewing
Take five engineering friends, an old boxing gym and a serious love of beer, and what do you get? Sea Legs Brewing Co. Opening under the radar at Kangaroo Point in the dying days of December, it capped off a three-year labour of love for co-owners Jon Fuchs, Tim Wyatt, Harvey McKibbon, Dave Machin and Chris Davies. The group found the venue on Main Street two years ago but council approvals and a string of other obstacles delayed the opening. It now looks like Sea Legs is going to be an agent of change for Kangaroo Point. Since approving the venue, Brisbane City Council has announced plans to revitalise the area with new dining and shopping options. Sea Legs is brewing five beers on-site – a tropical lager, golden ale, an IPA, a milk stout and a pale ale – with the remaining taps occupied by guest brews and seasonal drops. The food menu features straight-ahead pub grub including burgers, wings, charcuterie boards and hand-stretched pizzas.

Hello Gorgeous
Seasoned Brisbane bar operator Justinn DeBeer opened Hello Gorgeous in Newstead in February in the former digs of Chester Street Bakery. Stylist Bea Berry, DeBeer’s partner, was in charge of the interior design. She created a venue rich in pink, teal and electric blue, with brass detailing and corrugated white walls. High at the back of the space the venue’s name shines in neon lights. This is an afternoon-into-evening joint; start with long sessions of champagne on the brilliant deck before the night-time crowd pushes it more into cocktail territory. There’s also a big focus on low-alcoholic booze with plenty of vermouths, spritzers and distilled non-alcoholic Seedlip spirits. Food is a seafood-heavy share-plate menu – expect dishes such as stuffed Fraser Island spanner crab, barbequed octopus with green gazpacho and coconut-crusted drunken prawns.

City Winery
City Winery is just the third urban winery in Australia, after Sydney’s Urban Winery and Melbourne’s Noisy Ritual. Moving into Campos Coffee’s former premises on Wandoo Street, co-owners Adam Penberthy and Dave Cush have completely rearranged the old warehouse into a working winery, cellar door and restaurant. The front area is expansive with high ceilings, concrete floors, and brick and VJ walls. On one side there’s a handsome tiled bar; opposite is a stack of French and American oak barrels, all of which house various vintages. At the back of the venue is an intimate 70-seat restaurant, where chef Travis Crane is using an ironbark-fuelled open fire to cook dishes such as free-range pork with polenta and black Muscat grapes, smoked mussels with ‘nduja aioli, and organic Killarney beef served with charred red onion and mushroom. As for the wine, Cush and Penberthy are lifting output for their in-house label Gerler Wines to 60 tonnes in 2019 to account for the opening. Previous vintages have included a fiano and grenache, while this year gewürztraminer, nero d'avola, nebbiolo, tempranillo, sangiovese and riesling are all on the cards. Otherwise, City Winery is hosting tours, winemaker meets and wine-blending workshops – all can be booked online.

Death and Taxes
Death and Taxes is the new bar from Martin Lange, Blake Ward, Sam Tripet – who between them are known for their work at Sling, Cobbler, Savile Row and Finney Isles – and Wiebke Lange (Martin’s wife). This Burnett Lane hideaway’s inspiration is the underground bars of London and Paris. The interior is defined by warm lighting, a high-set bar with a tiled front, and a line of sumptuous leather booths. The space transitions neatly from the open front room to the wood-lined heritage-listed back area with its 100-year-old floors; here it feels less like a bar and more like an opulent art gallery. The classy flourishes extend to the exterior; there are large lion door knockers and a couple of murals adorning the surrounding brick walls. More than 600 bottles line a four-metre-tall back bar, and they fuel a 30-drink-strong cocktail list. There are also 40 bottles of wine, including a bunch of dessert vinos. There’s no food menu, but Death and Taxes shares Cobbler’s approach – BYO grub is accepted and even encouraged. In that sense, it makes for a neat two-hander with Jamie Fleming’s Alba next door.

Alba Bar and Deli
“Something old-world San Sebastian [but] in New York in 1992.” That’s how Jamie Fleming describes Alba Bar and Deli, which opened in a bunker-like brick storage space on Burnett Lane in April. And with the mustard-trim wooden banquettes, dark green tiled bar-front, crisp white walls and classic pintxos style of eating, Fleming’s first venue mixes funky design with a neat dash of culinary authenticity. Fleming, a former Masterchef contestant, has a long history working in bars along the east cost and he’s attempted to distil the best of them into something simple and unpretentious. Unsurprisingly the cocktail menu is first class but the mixed drinks almost play second fiddle to a wine list that tips its hat towards Spanish varieties such as cava, verdejo and mataro – the better to complement the food. As for eats, everything is simple, unfussy and designed to be consumed with a drink in the other hand. There’s plenty of seafood, such as Movida sardines and Cuca tuna, as well as single oysters and scallops with pork hock quince gel. Fleming is also flipping croquettes, chorizo and three different types of jamon. The full menu is available from 4pm until close. Before that there are rotating daily sandwich options using house-made sourdough. 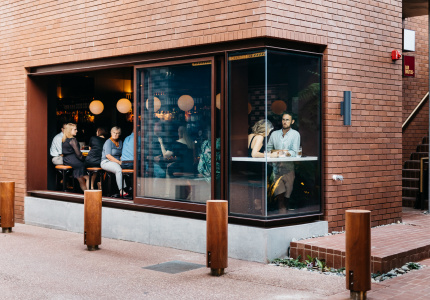 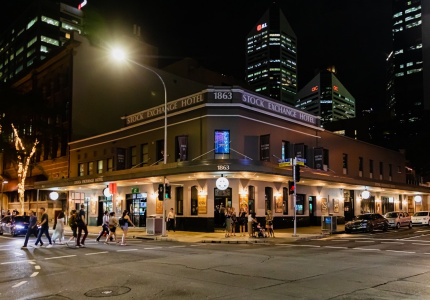