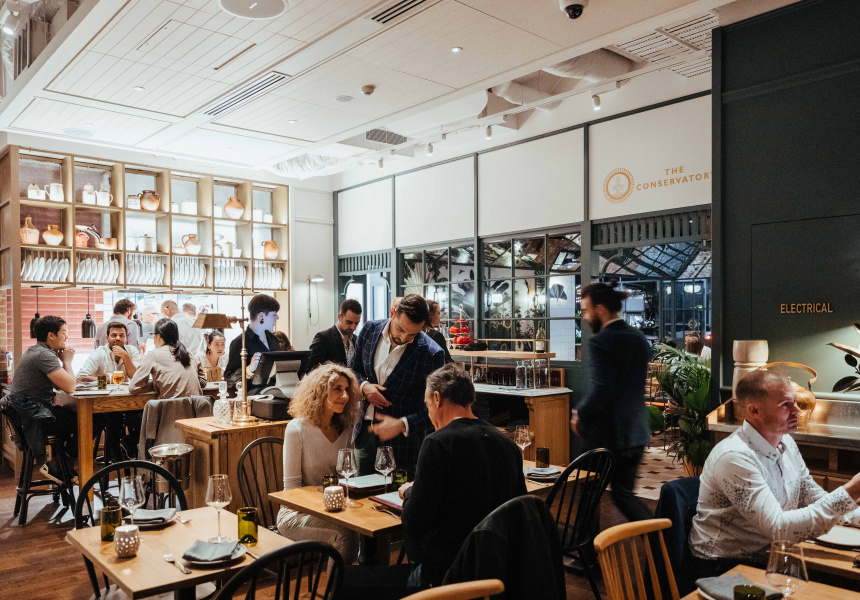 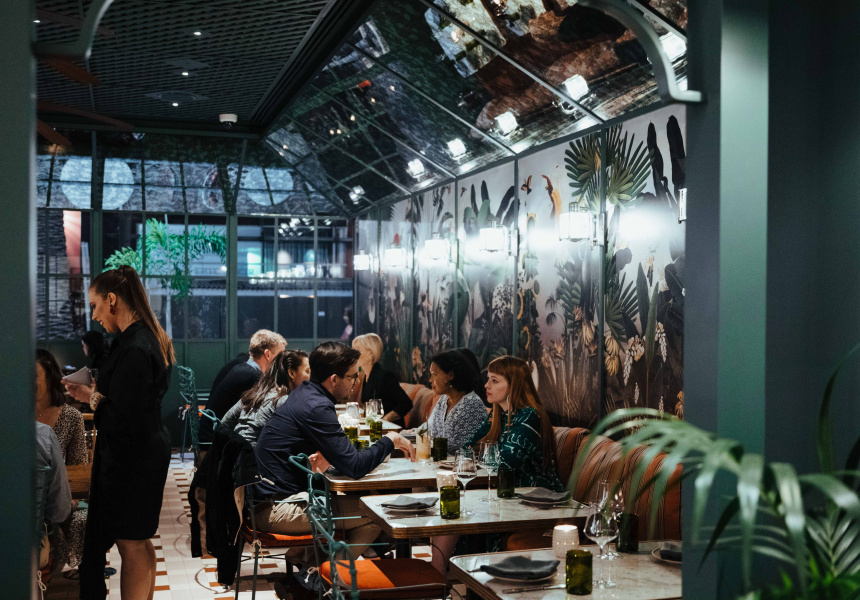 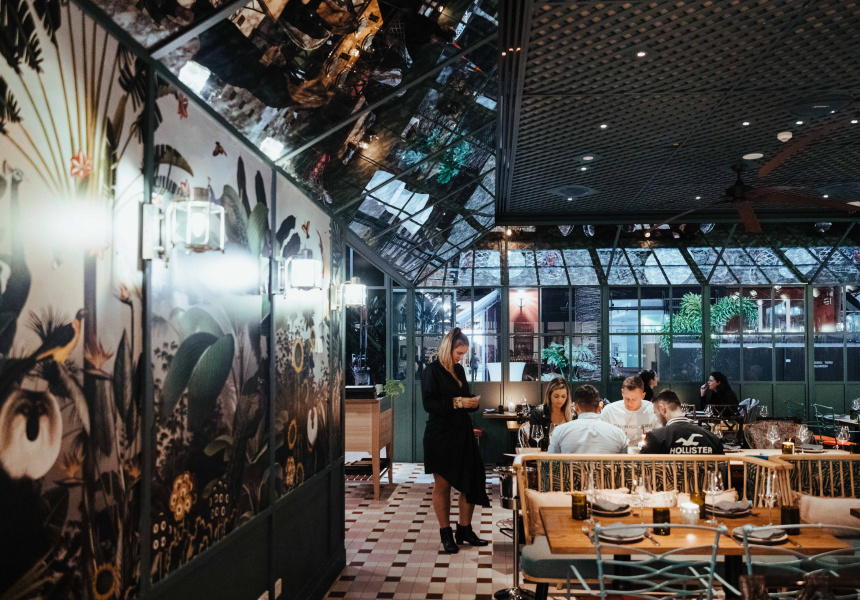 It took 18 months to conceive, design and build, but finally Za Za Ta has arrived.

The wait was worth it. Parked underneath Ovolo The Valley in Fortitude Valley’s Emporium precinct, this 140-seat Luchetti Krelle-designed restaurant and bar is an intimate stunner. It blends Victorian-style interiors with Queensland architecture, with velvet seating, vivid colouring, wooden furniture and globe lights. Persian carpet, timber floors and ceramic tiles separate the venue into themed sections, each with its own name, including the Conservatory, Parlour, Library and a 20-seat Grand Hall private dining area.

The food is just as impressive. Za Za Ta is adding to a Valley food scene that has never been more dynamic.

“Fortitude Valley has amazing restaurants, [including] Japanese, Middle Eastern and Italian. [But] we’re not really looking at what other people do – we do what we do. We basically want to have fun,” says Za Za Ta executive chef Roy Ner (formerly of Nour and Lillah in Sydney).

“[We’ve] come together and [created] what we believe is something unique: food that talks to us, with heart and soul in the cuisine and in the story we’re trying to [tell] … Every single dish has a heritage to a Middle Eastern mother dish.”

Ner and head chef Dario Manca’s menu is designed to be shared. It contemporises traditional flavours with touch points that make it approachable for a broad range of diners. Think cuttlefish fasolia (a Greek, Levantine and Cypriot soup) with Roman beans and chilli oil, lamb neck with merguez stuffing and mint, or a Yemenite butter bread prepared using an ancient technique. “We’re doing an African puff pastry, which is something we have back home. It’s very rare,” says Ner, who was born in Israel and began his career cooking in restaurants in Tel Aviv and on the country’s coast. “It’s one of those recipes that has a lot of heritage behind [it]. It’s actually a three- or four-thousand-year-old recipe, and we’re trying to bring it back to life.”

From 11pm the kitchen switches to street food, with late-night snacks such as falafel chips and mejadra Mooloolaba prawn bites. A grazing table brunch spread is available on Sundays.

A 100-bottle wine list is described by wine curator Shun Eto as having a “four-way split” between the Middle East, France, Italy and Australia. It’s not so much inspired by Tel Aviv but by what people are drinking in Tel Aviv in 2019.

“We’re doing 11 bottles in total of wine from the Middle East – Lebanon, Morocco – [including] seven from Israel itself. They’ll be on the list by the end of the week,” Eto says. “[Israelis] are loving their own wines [but] French and Italian wine are big pushes over there, because they go so well with food with a touch of spice and heat and bolder flavours.”

Za Za Ta’s bar kicks on until 2am on Fridays and Saturdays, meaning the venue's eye for detail extends to an imaginative cocktail list. One of the most eccentric options is a shared cocktail called Genie in a Bottle: cherry-smoked hibiscus rose tea is made from scratch and mixed with sumac-infused gin, chamomile bitters, lemon, honey, dried roses and sugar sticks. The wine list features Mediterranean and Middle Eastern drops, as well as local wines inspired by those regions.

Za Za Ta is operated by the Ovolo The Valley hotel above. It follows the Hong Kong-based group’s playbook of reimagining and individualising hotel eateries, making them – and by association the funky inns that house them – centres for the local community.

“It’s high energy in one side and then a bit more relaxed and homely on the other side,” Ner says. “You can have a drink, have a couple of nibbles, or a full tasting menu – a combination between everything. That’s where we’re going to have fun with it.”

This story was originally published on August 5.