John Patterson and Patience Hodgson return, serving up barbeque with a focus on Australian flavours. 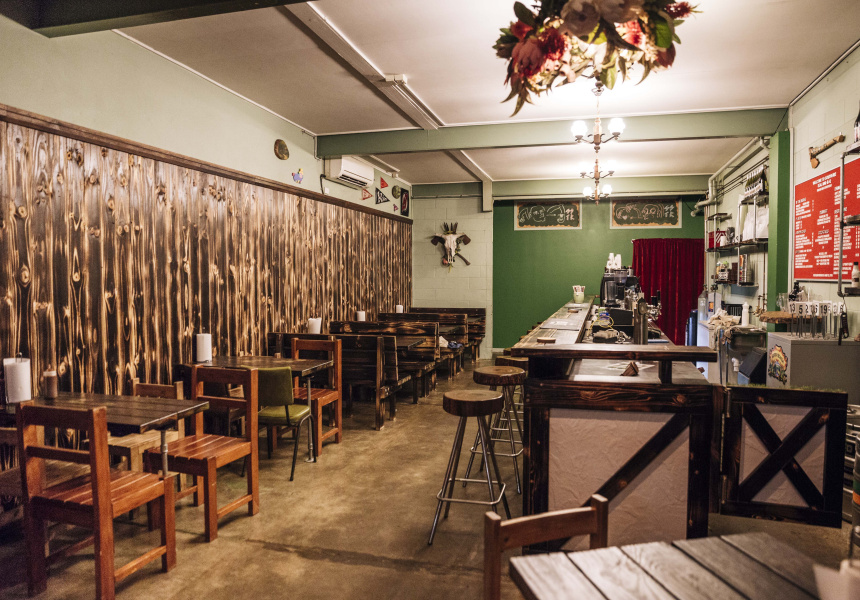 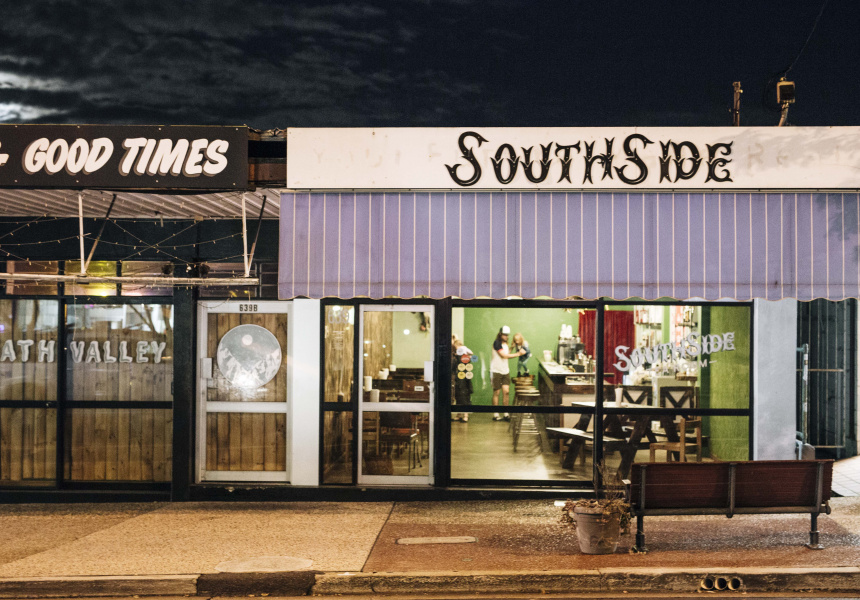 “We were so naive and amateur when we started,” John Patterson says of Southside Tea Room, the cafe he and Patience Hodgson opened in early 2012. “The things we did wrong at the start were just going to be around forever if we didn’t deal with [them].”

Over the years Patterson and Hodgson, perhaps best known as guitarist and frontwoman for indie-rock institution the Grates, added a kitchen and a bar, took over the shop next door, built a deck outside, and housed the Red Robin Supper Truck. Now, the husband-and-wife team are consolidating all those ideas, paring back all the add-ons and reopening with a clear vision.

“We had this idea for a barbeque place,” Patterson says. “I always imagined it somewhere else but then when things started eating away at me more and more, we realised this was perfect.”

A two-month renovation and partial closure followed, Patterson and Hodgson opening on weekends for coffees and sending out early tests of smoked meats via Uber Eats. Help came from mates and long-term customers.

The whole interior has been stripped to make way for a long bar running nearly the full length of the venue and picnic-style furniture made by Patterson. Wood-like wallpaper was replaced with real wooden panelling in the same colourway (Patterson used a blow torch on pine to create the effect).

The menu took shape when, after seeing so many American restaurants crop up in Brisbane, the couple “just wanted to do the Australian version of what a slow-cooked barbeque is,” Patterson says. That means no thick sauces, no mayo – just bright, fresh flavours and a slow and considered approach with a genuine connection to what’s being eaten.

Curiously, it means there’s no deep fryer and subsequently no chips. “[John] felt it was really disrespectful to the whole process because it’s so fleeting and disposable,” Hodgson says, comparing the four minutes food spends in the fryer to the love and care that goes into smoking meat all day.

The bar is serving rotating craft beers alongside cans of Tun and Tecate. There’s also a small cocktail and wine list.

Desserts were designed by Grates founding drummer Alana Skyring and include the Brisbane Blackout, a rich chocolate ganache with cookie crumble. Brunches will continue on Saturdays and Sundays with a more refined version of their previous menu. 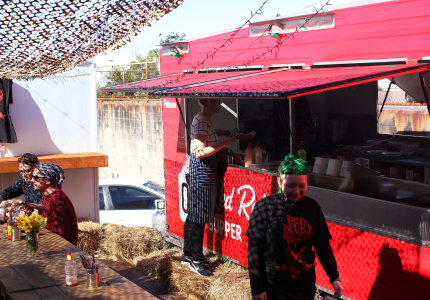