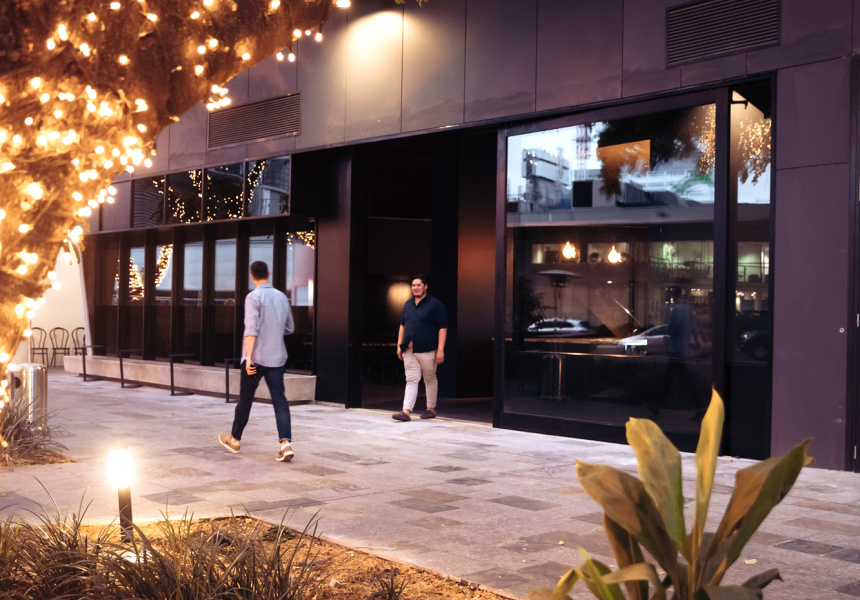 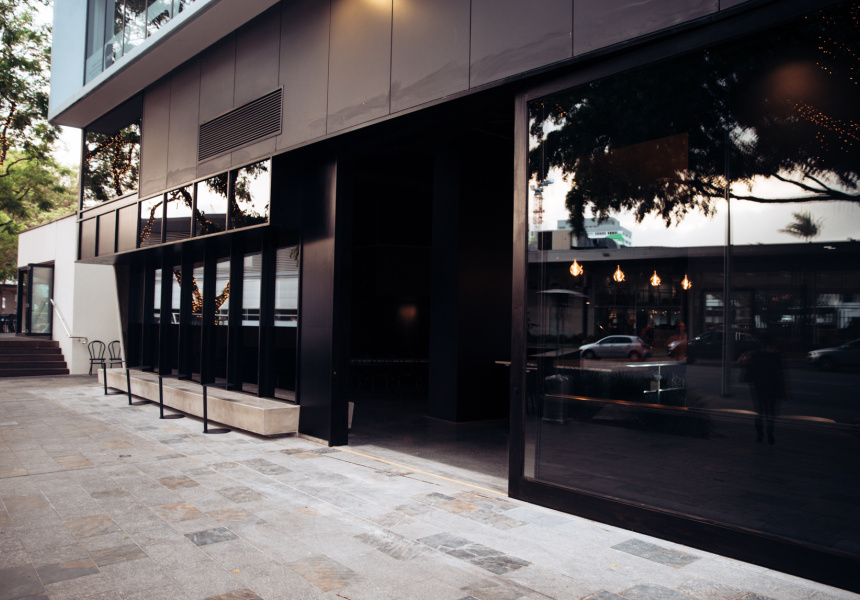 What could you put next to Happy Boy? It’s a question co-owner brothers Cameron and Jordan Votan thought about a lot. The eventual answer is Snack Man, a small plate-centric wine and cocktail bar that softly opened last night.

“It was impossible for us to create Snack Man without the shadow of Happy Boy,” Cameron says. “[Snack Man can] fill a lot of gaps in what a Happy Boy night could be.”

While Snack Man can act as a holding bar for Happy Boy during peak times, the Votans have higher ambitions for their new venue. The dramatic fit-out is evidence of that. The Votans gutted what was once short-lived chicken joint Flippin’ the Bird and installed a new open-glass facade to take advantage of the fairy lights on East Street. Inside, the space is dark and moody, rendered in stark, handsome surfaces of granite, concrete and leather; it’s a stark contrast to the brightness of Happy Boy. There are around 80-seats downstairs, with a small 15-seat upstairs space still being finished.

“[Snack Man] shouldn’t feel like a secondary choice just because you can’t get into Happy Boy,” Cameron says. “If anything, I would prefer to eat here.”

While Happy Boy’s food revolves around the wok or barbeque, Snack Man centres on the snacks found across China and the Chinese diaspora. Each dish on the menu is listed with the region from where it originates.

Wines by the glass are offered in a similar way to Happy Boy, using a projected screen above the bar. Here, though, the focus is on European producers as opposed to Happy Boy’s dedication to local drops. Cameron says the number of bottles on the wine list will grow over the coming weeks.

Jack Lio (The Bowery) is behind the cocktails, which is currently a handful of classics. In early-2019, Lio will start to offer more creative drinks using a centrifuge machine (used to make clear flavour-enhanced liquids), and a Kitchen Aid that will be used to make ice-creams with liquid nitrogen. Lio says the classics will still be available – you just have to ask.