A favourite from down south delivers its most ambitious venue yet. 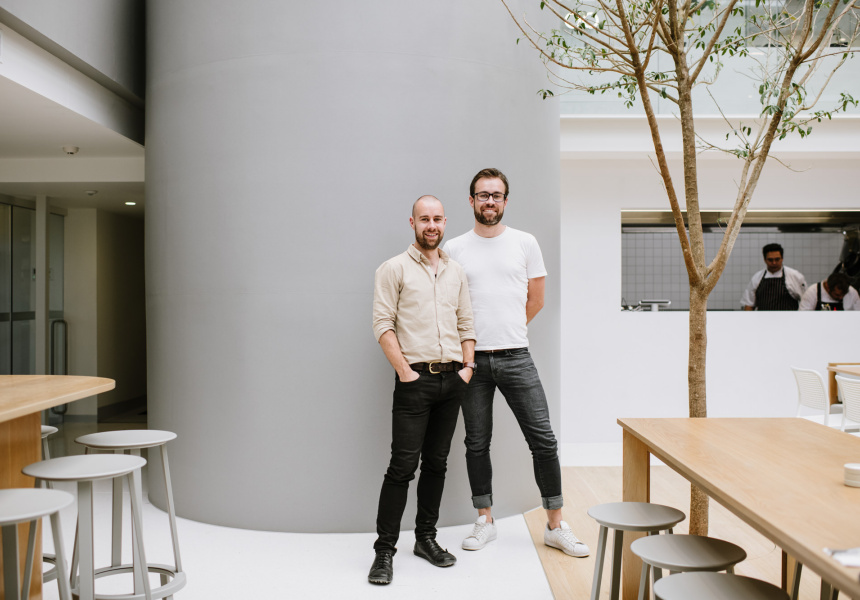 Brothers Trevor and Steve Simmons are behind Industry Beans, a popular coffee roaster that began in Fitzroy in 2013. They expanded with a second Melbourne venue, and later a cafe in Sydney.

For their fourth venue, the brothers take on Brisbane. Opening in September, it’s their most ambitious yet, taking up 700 square metres and seating 150. They are also serving dinner for the first time.

“There were a lot of similarities with this space and [Industry Beans] Fitzroy,” Trevor says. “We found this blank canvas for us to work with, and that’s exactly how we started in Fitzroy. The parallels were too close for us not to act on it.”

Over the course of six months they gutted a huge Newstead warehouse and turned it into a stunning cafe with a temperature-controlled courtyard, a mezzanine area for coffee training and an on-site roastery. There’s nothing else quite like it in Brisbane.

The fit-out was led by Melbourne’s Design Office, which has worked with Industry Beans on all its venues. The Newstead venue has the signature Industry Beans look: minimalist, sleek and very white. There’s plenty of natural light and lots of greenery with a full-grown tree planted inside the main dining room.

Industry Beans was the first cafe in Australia to use the La Marzocco Modbar – a coffee machine that’s hidden under the bench. It has also been installed at Newstead, allowing customers to see the whole coffee-making process without a machine in the way.

“[It’s about] breaking down the barrier between the customer and the barista,” Trevor says. “It puts the onus on us to run a clean and refined business, and allows customers to chat with the barista.”

Industry Beans’ approach to food incorporates molecular gastronomy elements such as foams, dusts and gels. During the day, the cafe offers a brunch menu of a few favourites from down south including fruit sashimi and a coffee-rubbed Wagyu burger. At night, the menu turns to snacks, small dishes and larger dishes. There’s a selection of cheeses and charcuterie as well as cured kingfish, coffee-rubbed quail and a Wagyu sirloin.

For drinks there are beers on tap from Mornington Peninsular and Green Beacon, and a wine list highlighting small producers from Australia, New Zealand and France. To assist with the brunch-to-dinner crossover, they’ve hired Ryan Curtis (ex-Gerard’s Bistro) as venue manager. 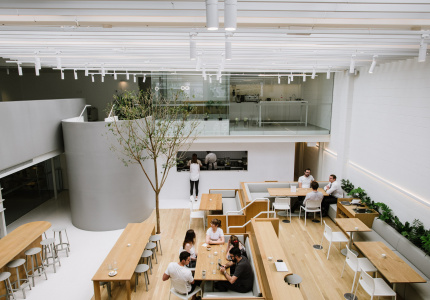