The biggest opening of the year is finally happening. 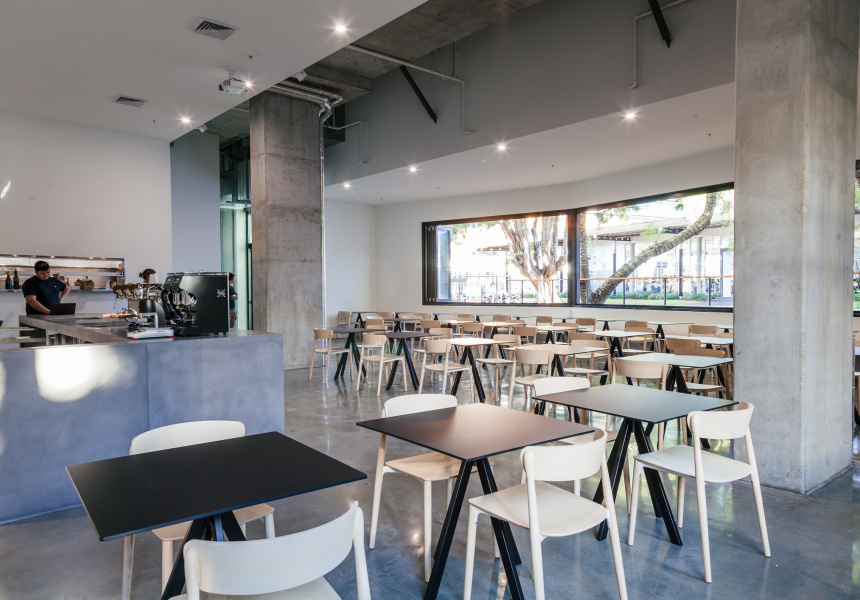 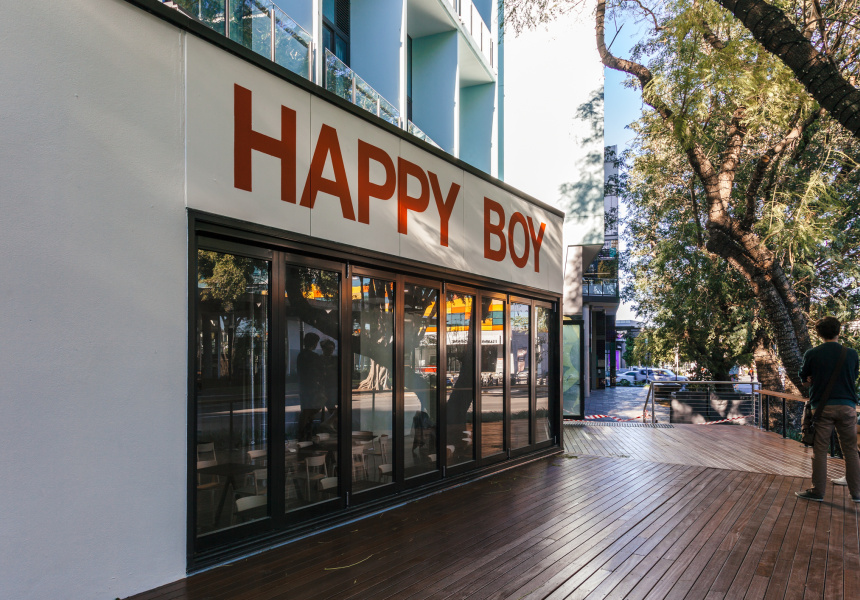 Inside the kitchen of the new Happy Boy venue on East Street is a brand new wok burner, imported directly from Hong Kong. It’s the only one of its kind on the east coast, Cameron Votan reckons, and is fully lined with ceramic to encapsulate the heat it generates.

The burner requires three times the amount of gas as a regular wok burner and also three levels of certification. It burns so hot its flame is clear. You can even hear it.

“When you’re sitting here and you order a fried rice, a minute or two later you’ll know that’s you getting cooked for,” says Cameron, who co-owns Happy Boy with his brother Jordan. “It’s like a jet engine taking off.”

This extremely high heat will ensure wok hei (translates to “breath of the wok”), a term for the smoky, savoury flavours imparted by a wok when stir-frying on high heat.

“The [chefs] have been capturing it pretty well with the other wok [in Happy Boy Spring Hill],” Cameron says. “But this takes it to the next level.”

Being able to use this kind of equipment is one of the reasons the Votan brothers are closing Happy Boy, their enormously popular Spring Hill Chinese eatery, and opening a new Happy Boy in a much larger space on Fortitude Valley’s East Street. The whole operation is intended to take place over two days: this Thursday, the original restaurant will close; the day after, Happy Boy Fortitude Valley will open (the only thing in their way is a few remaining council requirements, which may push the opening back to Tuesday next week).

“It’s exciting for us because not many people get to start a restaurant and have that level of energy already,” Cameron says. “But it’s also a bit nerve-wracking when you think that day one could be 300 covers and you’re like, ‘Holy shit!’”

To make things less daunting, Happy Boy Fortitude Valley will open with the same menu as the Spring Hill venue; think the red braised pork belly; or emperor's breakfast prawn omelette. Then, over the coming weeks, new dishes such as slow-braised pork knuckle and whole crispy snapper will be added.

Booze is also getting an upgrade. There’s a stronger focus on craft beers with six on tap, as well as a longer wine list sourced through Spokenwine, an online wine business Cameron co-owns with Nick Turner, Michael Larsen and Victor Garcia. The list will be projected above the bar so if a wine sells out mid-service, it can be omitted digitally. Smart.

Minimal fit-outs are by this stage a Votan signature. At both Happy Boy Spring Hill and Greenglass, the inner city wine bar the brothers co-own with Turner and Larsen, they tried to change as little as possible of the original building. The same goes for this new subterranean space with its dominant concrete features and a raised front deck.

“Every other place along [East Street] has put tiles up on the concrete, but we’ve said ‘no’,” Cameron says. “We just want to keep it exactly as the room was.”

The Votans envision the wooden deck being used as a casual drinking and snacking area, especially in the afternoons when the fairy lights come to life on the overhanging trees. A late night supper club is on the cards – a tighter menu after dinner service offering the sort of food you want to be eating on your way into town (or on your way home) – as well as a Friday to Sunday brunch service.

“For anyone new, you get to experience what the heart of Happy Boy used to be in a nicer space,” Cameron says. “For anyone old, you should feel just as at home.”

As for Happy Boy Spring Hill, Broadsheet can reveal it will re-open as an Italian restaurant. See the full story here.

Happy Boy will open late this week or early next at 1 East Street, Fortitude Valley. A supper club menu and brunch service will launch in the coming weeks.

Subscribe to the Broadsheet newsletter and get your city’s latest, straight to your inbox.