The inner-western suburb gets a brand new local. 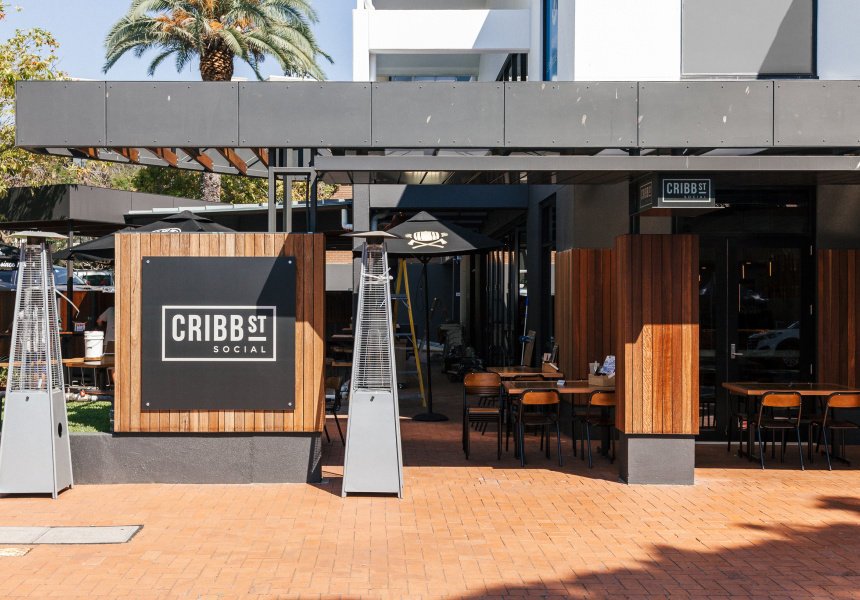 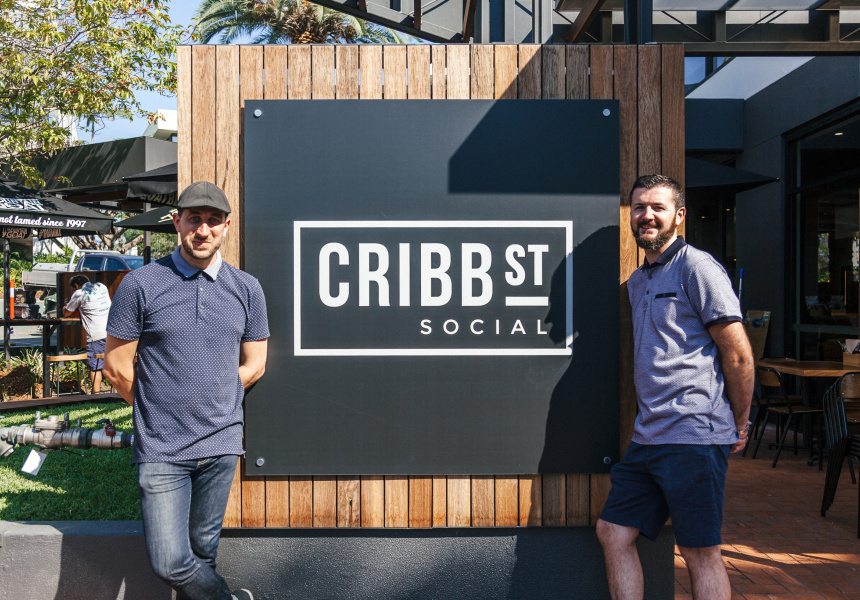 Milton was dead. But with the opening of venues like Aether and Bessa, as well as Esq Male Grooming recently moving across to Cribb Street, the inner western suburb has been revived.

Now you can add Cribb Street Social to the list, the slick bar and eat house's bi-fold doors are open. The new venue comes from Daniel Whiffen and Gerard Murphy, who also co-own Mr Edwards Alehouse and Kitchen in the CBD. “We looked at this precinct, and Milton as a whole, and [noticed] how Milton has really died,” Whiffen says. “What once used to be the precinct; I feel like it’s in need of new blood.”

Just like Mr Edwards, Whiffen and Murphy – English and Irish ex-pats respectively – have focused their new venue on outdoor dining. “Being from England and Ireland, we love garden dining,” Whiffen says. “With a lack of [good] weather over there, [moving] here, we’re spoilt.”

Cribb Street Social features a grassy area out the front, where guests can lay on bean bags and picnic. An outdoor undercover area provides respite from the sun. Inside, Whiffen and Murphy have worked with shopfitters Open Projects to create a space of natural wood and copper, broken up with splashes of green. A wooden goat head installation on the wall pays tribute to the bar’s partnership with Mountain Goat Brewery, which features heavily on the drinks menu.

There are 14 taps to choose from. Nine are beers from Mountain Goat, Scottish craft brewery Innis & Gunn, and Whiffen and Murphy’s very own Danger Brewing Co. There are also two spritz taps, one ginger beer, one cider and one house-made cocktail. Away from the taps there is a cocktail menu and more than 60 bottled beers.

Choose-your-own charcuterie is a major focus at Cribb Street Social, with more than 10 meats and 12 cheeses to pick from. There is also a Mediterranean-inspired share-style menu, with lunch options such as a brisket and crispy bacon burger and grilled whole lemon sole, and wild boar saddle for dinner.

Whiffen hopes Cribb Street Social will appeal to a range of punters, regardless of the time of day. The venue is serving breakfast daily, with coffee coming from Melbourne’s Locale Coffee Roasters.

“What we are trying to do in this area, just like Bessa up the road, is embrace this environment,” he says. “We’re not trying to be competition with anyone. We’re trying to find an area where we can suit everyone’s needs.”