The Rockpool Dining crew returns with its latest temple of beer. 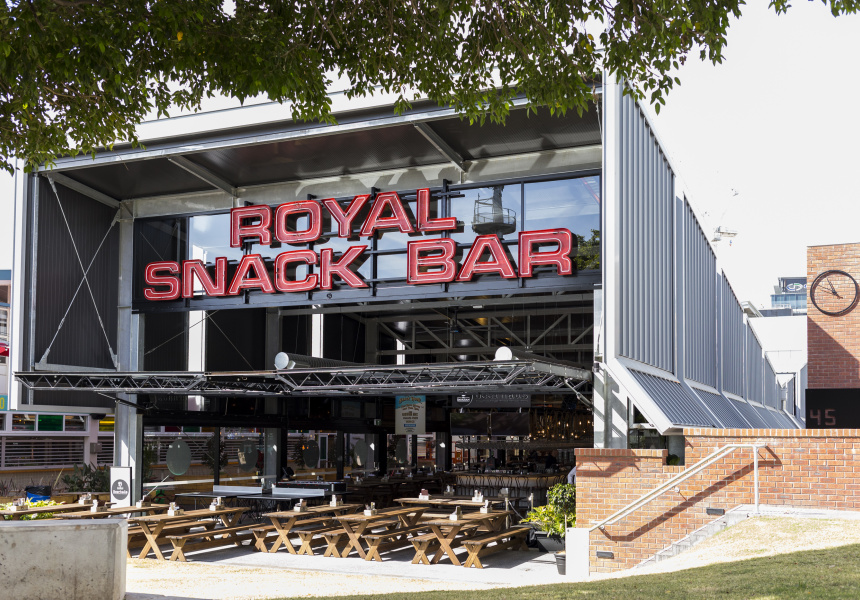 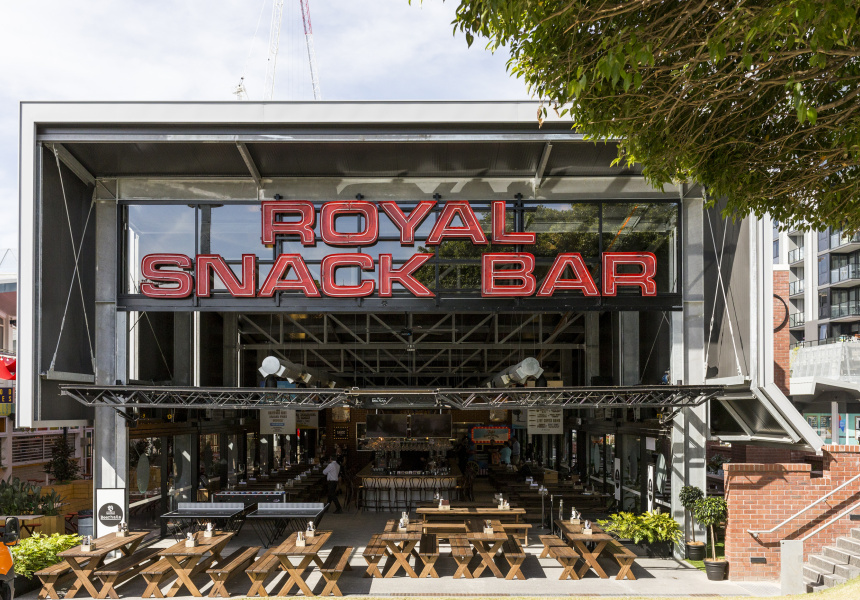 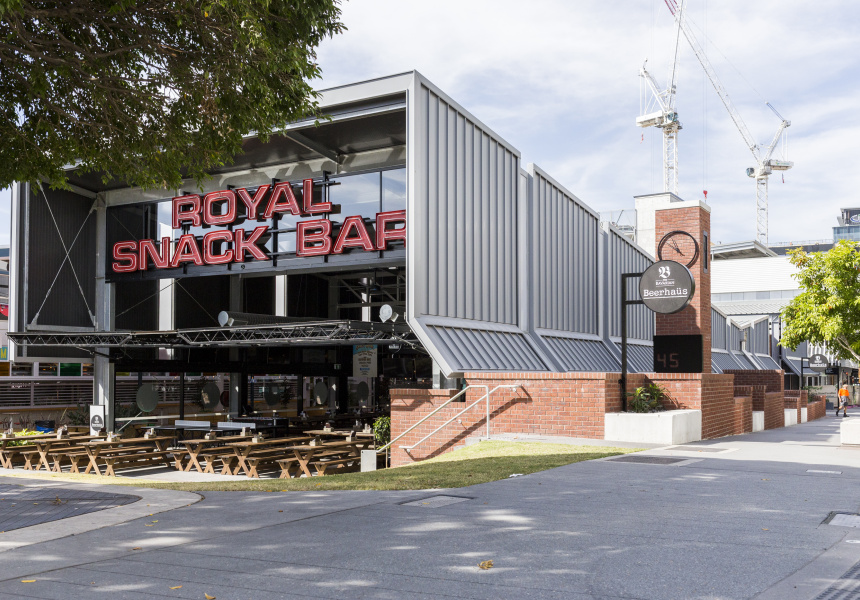 You certainly won’t struggle to find The Bavarian Beerhaüs. Opening in the iconic Royal Snack Bar building outside the Brisbane Showgrounds, Rockpool Dining Group’s 350-seat behemoth sticks out even among King Street’s already eye-popping collection of eateries and bars.

An outdoor beer garden seats 150 people. Inside are rows of family-style dining tables, ping-pong tables, Jenga and a space for live music.

“We love our beer and really wanted somewhere for customers to explore a sizeable range of local craft brews too, and also enjoy them paired with great food,” Rockpool Dining Group CEO Thomas Pash told Broadsheet by email.

The menu is specifically designed with all that beer in mind; Rockpool’s Neil Perry and culinary head chef for the group’s Bavarian and Munich restaurants, Don Lama, worked with an in-house beer team to develop menu items particularly suited to the booze.

“We have a great barbeque section on the menu,” Pash says. “Nothing tastes better with beer than barbeque food.” Other items include schnitzel and pork belly.

If this all sounds a little familiar, it’s because it is. Earlier this month Rockpool opened Munich Brauhaus in the heart of South Bank, adding to the brand’s amber-coloured portfolio. But while Munich Brauhaus echoes Oktoberfest – loud, fun and vibrant – Pash says Bavarian is more about the beer.

“The vibe is more relaxed,” Pash says. “It’s a place to hang out, have a good time and tap into your inner child with foosball tournaments, ping-pong battles and giant Jenga. As well as being a beerhaüs, it’s a social house.”

This story was first published May 24, 2018. Menu items correct at time of publication. 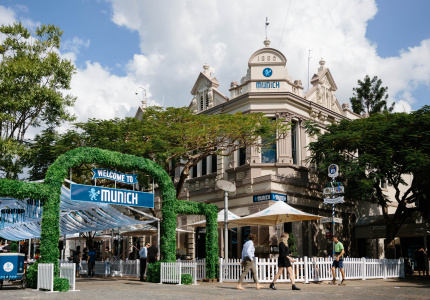