After a Covid-enforced delay, the poky East Brisbane favourite has been reborn across the river as a slick 110-seat restaurant. 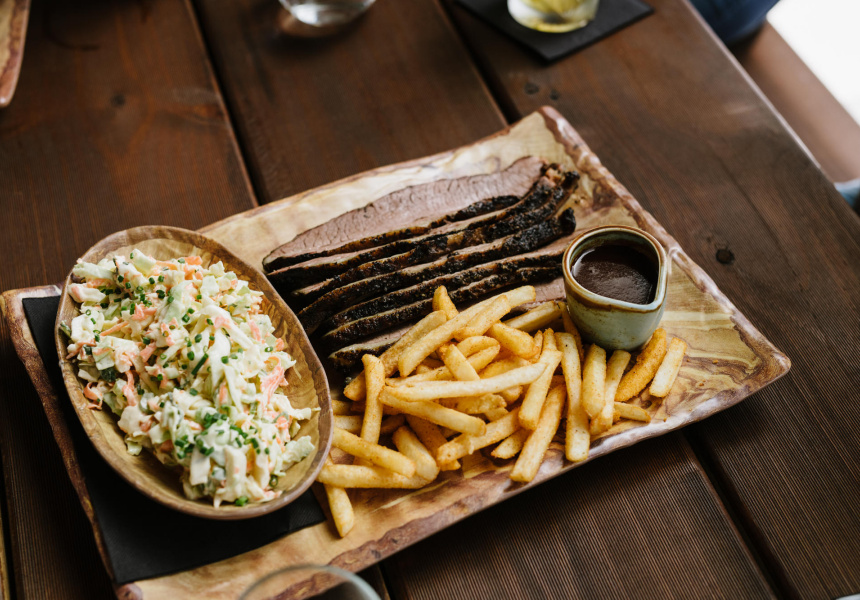 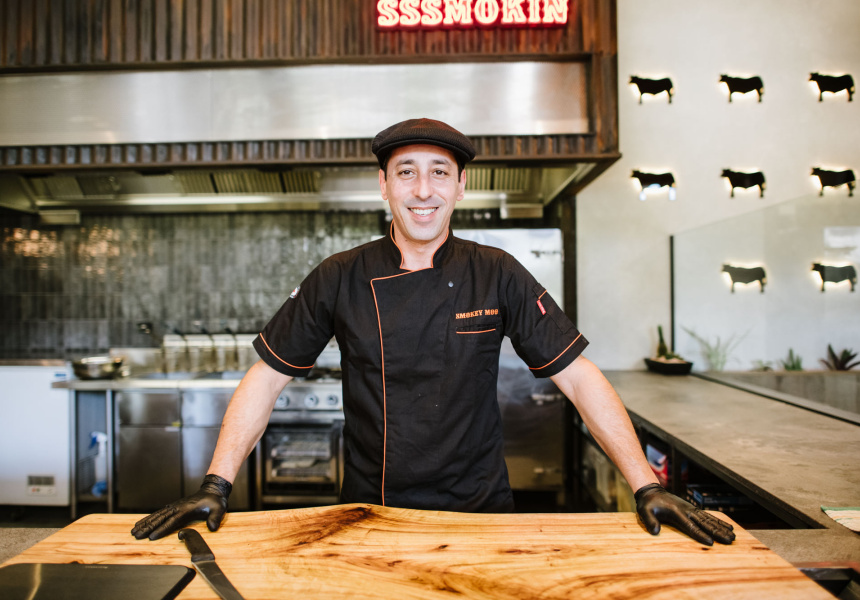 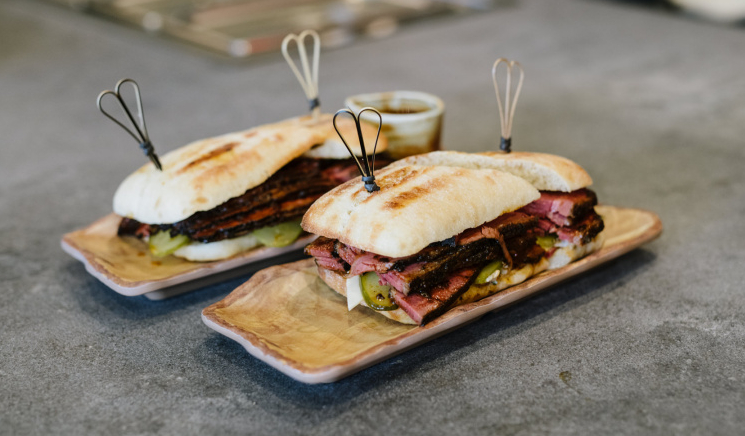 “A big slap in the face with a cold pastrami.”

Shalom Bitton laughs and gives a resigned shrug when describing his reaction to the federally mandated March 23 shutdown of restaurants, bars and cafes, which was instituted to combat coronavirus. Bitton and his wife Wensley Bitton had planned on opening the new Newstead edition of their popular Smokey Moo restaurant in mid-March. But what were they going to do? They’d have to put their plans on ice.

“All the vibes from building up the business in the [original] small space in East Brisbane to get to where we are now, it just came crashing down,” Shalom says. The Bittons decided it wasn’t financially viable to run the restaurant as takeaway only. So they kept their powder dry and waited.

On Monday, though, that wait finally ended when Smokey Moo was reborn as a 110-seat restaurant overlooking Gasworks Plaza. In terms of fit-out, it's relatively straightforward – a high-ceiling space decked out in bricks, tiles, timber and enormous bi-fold windows. Much of the seating is al fresco, creating a very different experience from the poky (and enormously popular) original East Brisbane premises.

The centrepiece of the restaurant is a long, low bench where Shalom and his chefs carve away at freshly cooked brisket, pastrami, ribs and beef cheeks. Behind them, a $20,000 imported smoker runs on black wattle, macadamia and pecan woods.

The Israeli-born Shalom has a background in French cooking, meaning this is a very precise take on barbeque. Temperatures and timings are carefully controlled, there are no injections, and he uses reductions and jus rather than sweeter American-style sauces.

“People are surprised when they see the smoker, and skeptical in the beginning,” Shalom says. “But it doesn’t dry the meat. And people eat with their eyes, so the open kitchen creates an experience for them as they walk through the door.”

Brisket, pastrami, ribs and beef cheeks can be ordered by weight or as part of a platter that comes with sides such as potato-skin chips, coleslaw, cob salad and creamed corn. The meats can also be ordered in sandwiches that come packed with 200 grams of meat, and there’s The Dirty Dozen, which puts all four meats together on a platter with fries; caramelised onion; three cheeses (Monterey Jack, American cheddar and queso quesadilla); and two sauces. For dessert, there’s New York-style baked cheesecake, cherry-ripe slice, three-layer chocolate mousse, and a trio of sorbets.

Smokey Moo is serving booze for the first time, and the Bittons are making the most of it with cocktails; a short list of beers (including pale and dark ales from Tasmania’s Moo Brew); and a neat collection of wines that includes Australian drops alongside lighter styles from Argentina, Spain and Italy.

“I want people to be comfortable,” Shalom says. “They can come along and sit on half a kilo, one kilo or three kilos. We’re all about big meals. It’s the ultimate comfort food as we head into winter.” 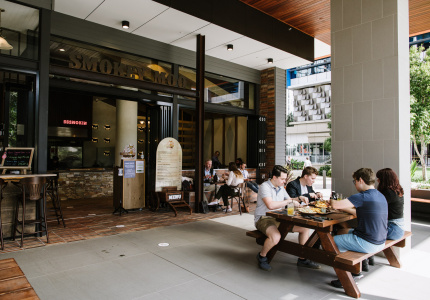