The Much-Anticipated Essa Opens in a Low-Lit, Charismatic Space Just Off James Street 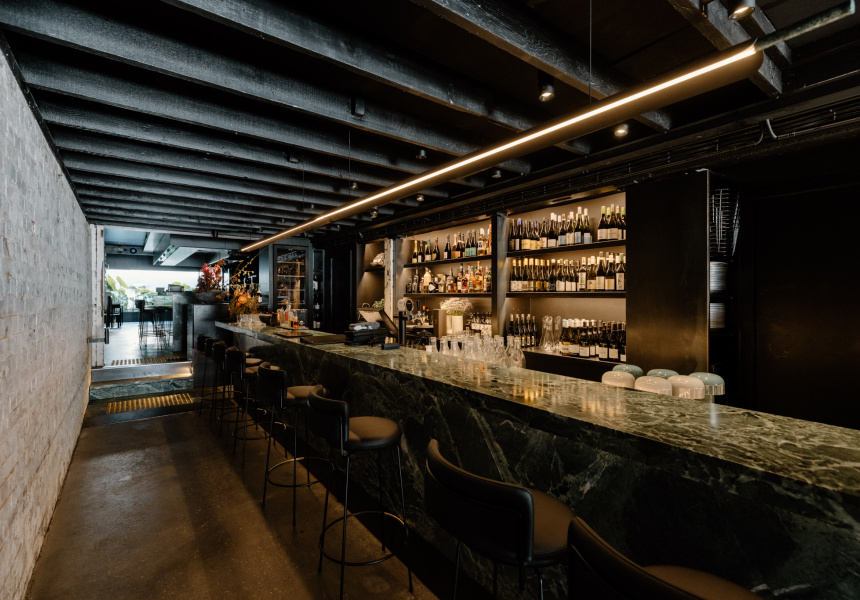 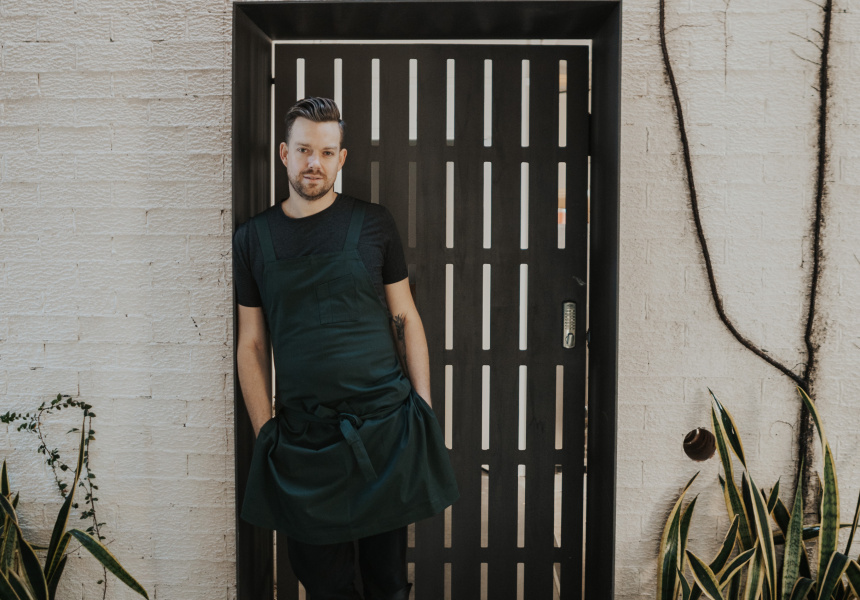 You know how dining usually goes on James Street. The venues are big, beautiful and open. Some go to dine, others to be seen. The mood is summer, all year round.

Essa is not that.

“I wanted the opposite of that,” owner Angela Sclavos says. “It’s somewhere [people] can have an intimate dinner, and it’s not about having to walk through and be seen … Don’t get me wrong – there are really beautiful restaurants on James Street and a lot of talented chefs. We just wanted to do something different that we thought was unique to the area.”

Essa is certainly unique. This long awaited 60-seat restaurant occupies what looks from the outside like an unassuming tenancy near the intersection of James and Robertson streets. Where other eateries in the precinct tend to be full of light, Essa is dark and charismatic, architect Craig Channon (Channon Architects) fitting it out in black timber and banquettes, green marble tables, hidden lighting, and turning its covered windows into waiter’s stations. Concessions to natural light come in the form of a curtained window at the front of the venue and a fabulous garden out back.

“It’s almost like you’ve found a cave, and inside this cave is this amazing light and garden at the end,” Sclavos says. “That’s very much how Essa feels – like you’ve stumbled onto something. It’s right there, but almost not there, if that makes sense.”

The centrepiece of the venue is a long green marble bar, behind which co-owner and former Gauge head chef Phil Marchant prepares a local produce-focused menu anchored by a woodfired grill custom-built in Melbourne by The Brick Chef (no longer involved in Essa is Jerome Batten, who is focusing instead on his celebrated Gauge restaurant in South Brisbane).

Marchant intends to switch up the menu regularly but you can expect dishes such as burnt kohlrabi that’s then pickled and served with fresh curds, bay leaf, pistachio and nasturtium; wild venison tartare with bergamot, buckwheat, hibiscus and grilled sourdough; and fried chickpea beignets served with a caramelised scallop cream.

Larger plates might include house-rolled gnocchetti sardi served with Fraser Isle spanner crab, nduja and carrot; spatchcock quail with brown butter, caper leaves and salt bush; and Black Angus short rib with Wagyu fat jus gras and green peppercorns. Before and after dinner service, a short raw menu that includes oysters and charcuterie will be served at the bar.

“It’s not a temple of woodfire,” Marchant says. “It’s more that there will be notes throughout the menu where we use it and utilise it overnight to dry things and smoke things, but it’s not a case where every single thing touches it.”

For wine, an initial list compiled by Cuttings Wine sommelier Marin van der Klooster is overseen by Phil Poussart, formerly sommelier at Fico in Hobart. At launch it had around 110 wines drawn from both Old World and New World wineries, with the collection growing out towards 150 in the coming months.

“I’d much rather see it at 150 and rotating than just have a huge list with loads of things on there for the sake of it,” Marchant says.

It all amounts to a tight, intimate restaurant that Marchant says is designed to get its guests as close as possible to its cooking.

“Food has little moments, these little windows, whether it’s temperature or seasoning or whatever, where you’re trying to serve something at its absolute peak,” he says. “The sourdough with our tartare, it’s grilled at the last moment so it arrives on the table still warm, as if you’d eat it at home … the chickpea [beignets] – it’s making sure that they’re dropped straight on the plate and gone so that people get them when they’re still a little bit soft and oily and salty. We’re just trying really hard to capture those moments.”

This article was updated on August 26 to correct the architect's name to Craig Channon.