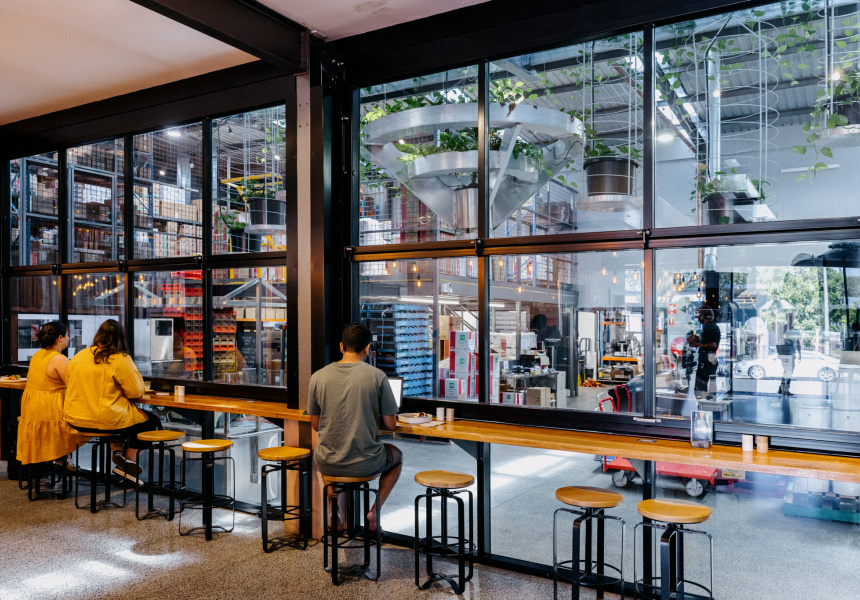 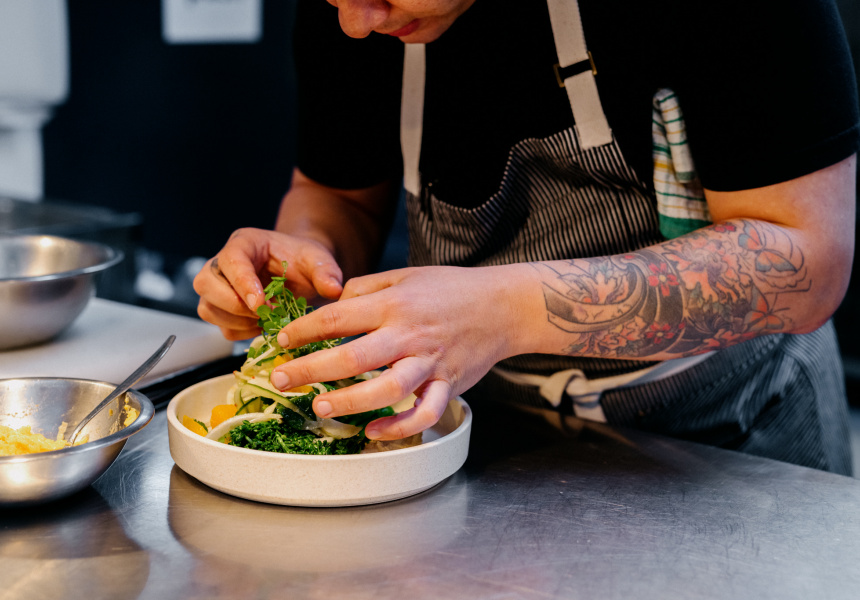 What are they up to in there?

By this stage, in late 2021, the opening of Bellissimo Coorparoo has been so delayed, it’s sparked a rumour among the staff and parents coming and going at the neighbouring Coorparoo Secondary College.

“They seriously thought we were a drug lab,” co-owner Mark Bignell says, laughing. “The amount of time we were not open, and there are black vans doing drop-offs and pick-ups.”

Broadsheet can confirm that Bellissimo Coorparoo is not a drug lab. We can also confirm that the cafe and roastery are now finally open after years of delays.

Plans for Bellissimo’s new Cavendish Road headquarters began five years ago, but soon hit a snag after community concern over the venue’s potential to cause traffic congestion at the school. That issue was resolved in 2018 after the addition of extra parking out front of the warehouse and a traffic engineer giving the venue the green light.

In 2018 and 2019 came a stack of unplanned building setbacks, and then of course the pandemic arrived. The cafe was finally due to open in April this year, but Bignell and business partner Michael Koo decided to again keep their powder dry in the face of the delta outbreak.

“We didn’t want to have an opening where people were still unsure about coming out, or have a stop-start approach,” Bignell says.

The space has been finished for some time, with Koo and Bignell moving into the on-site offices in 2020, and firing up the 90-kilogram and 75-kilogram roasters in January. There’s also a temperature controlled storeroom and a commercial sized kitchen, from which baker Daniel Smyth, previously of the Gold Coast’s Paddock Bakery and Bam Bam Bakehouse, has been producing breads and pastries for Bellissimo’s entire group of venues, including its popular Fortitude Valley and Bulimba cafes.

Finally, in late October, Bellissimo diehards were able to experience the venue for themselves for the first time. It’s a charismatic 50-seat space, an old high-ceilinged warehouse given new life with polished aggregate concrete floors, a long bar and plenty of timber. The visually impressive roasting area sits behind a glass enclosure, giving the venue a feel similar to a flash brewpub. It’s a space fit for Australia’s highest awarded coffee roaster (Bellissimo has notched up approximately 200 industry awards), and a clear evolution on the warm but industrial looks of the Valley and Bulimba outlets (Bulimba is currently being refurbished).

“We are starting to grow up and have a little bit more of a refined approach to our look and feel,” Bignell says. “It’s a different vibe to what we had previously. We like that this really encompasses what we do. You’ve got a really clear view of the roastery and the full operation. There’s that visual experience for the customer.”

For coffee, Bellissimo Coorparoo will run its super popular Italian dark roast and Ultimo blends through the espresso machine, with a rotating single origin also available. Otherwise, there are pour-over and cold-brew options.

For food, an all-day brunch menu runs from truffle scrambles, fried-egg brekkie burgers and onion bhajis with spinach and poached eggs for the morning trade, to a broccolini salad and a pair of burgers once the afternoon comes around.

“It’s a great feeling to finally have people experiencing the venue,” Bignell says. “We haven’t done any promotions. We just put it on our socials probably no more than two days out because we wanted to make sure we had everything set and ready. But it was really encouraging to see people just coming in and giving us some support today.”