Longtime may have closed, but its basement digs live on with a focus on house-made pasta and Italian wine. 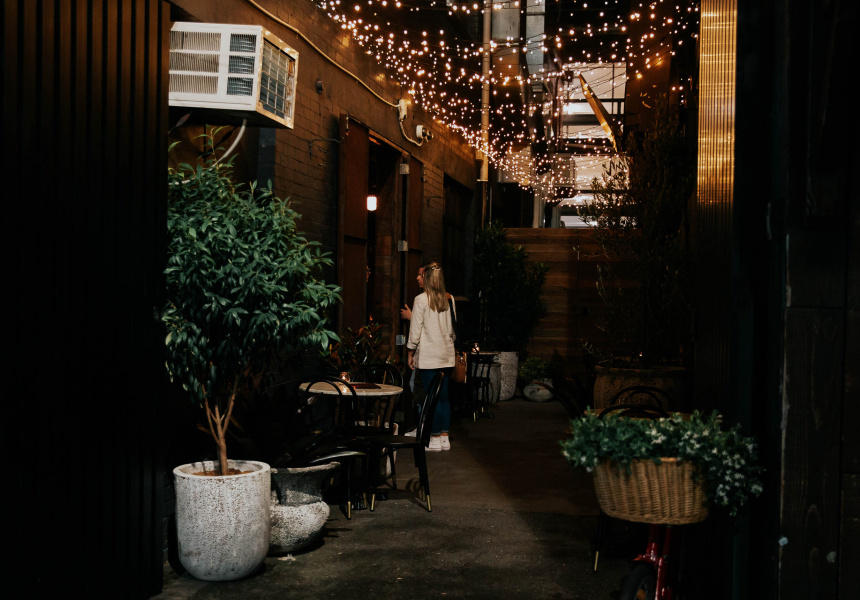 Like many Brisbane locals, Stefano de Blasi has fond memories of Longtime. It was the restaurant where, four years ago, he celebrated landing the Newstead tenancy for his popular Salt Meats Cheese chain.

Longtime’s tenure as a restaurant ended in November, with owners Tyron Simon and Frank Li immediately launching its successor, Same Same, in Ada Lane, just off James Street. Longtime then operated as a functions venue until closing earlier this year.

But the same real estate agent who helped furnish the Salt Meats Cheese deal has now had a hand in de Blasi and SMC co-owner Edoardo Perlo taking over Longtime’s old digs on Ann Street and last week opening Eterna, a restaurant and bar serving Roman food late into the night.

“My agent called one night,” de Blasi says. “He knew I was looking for a late-night concept and wanting to get into more bars rather than just food. As soon as I walked back into the space I knew it would work. It has a great reputation. In that area, there aren’t too many places where you can have a good meal after a certain time.”

Eterna will feel familiar to Longtime tragics. The venue has the same layout as its predecessor and retains some of the furniture. The brick walls and leather banquettes are the same. Many of the details, though, have changed. With input from local interior stylist Sarah Vize, the shutters have been replaced by curtains, the globe lights and greenery swapped for pendents, and the bar and kitchen frontages given a face lift.

They’re small tweaks that have a big impact. The space feels less rustic and freewheeling, and more considered and lived-in. It’s somewhere you can comfortably eat and sip into the wee hours – a concept inspired by the late-night bars of New York.

“I go to New York every couple of years to visit family,” de Blasi says. “I love having a late-night meal and a few cocktails before heading out or going home. I wanted that dark basement vibe with great food.”

Talking of food, de Blasi is taking the Italian eats of Salt Meats Cheese and drilling down on Roman cuisine in particular (Eterna is a reference to Rome’s nickname, “the Eternal City”), with its unfussy focus on simple flavours.

“[Eterna venue manager] Flavio Tripepi and I went on holiday to Rome last year and we had three days checking out the street food, checking out the bars,” de Blasi says. “We were eating amazing food, late. It was simple and tasty and unpretentious, with just three or four ingredients.

“We came back and tried a couple of the Roman dishes at Salt Meats Cheese – the porchetta, the classic carbonara and the cacio e pepe. People would then ask about those dishes when they [returned to SMC], which gave us the confidence to do this.”

The wine, too, takes plenty of inspiration from Italy’s peninsula and island regions, with your typical pinot grigios and soaves flanked by Sardinian vermentino, Sicilian nero d’Avola and Umbrian trebbiano Spoletino. There’s also a bold list of vintage Piedmontese nebbiolo and Tuscan blends priced between $300 and $350 a bottle. Elsewhere, there are French, Australian and New Zealand drops, if you’re looking to stay on more familiar ground.

Eterna’s kitchen closes at 11pm, making it the latest restaurant to push late-night dining and drinking in Brisbane – a mix that has worked for a few places across the city (see Pochana and Korean restaurants such as Funny Funny and Momo, all in the CBD). But Longtime also ran later than most of its neighbours and the location, on the edge of the Valley’s clubbing precinct, is pretty much perfect.