Expect favourites from the original cafe’s menu (including a classic Reuben sandwich and adobo bowl) plus fancy high tea in an old-fashioned tea room, lots of gluten-free treats, and Filipino degustation dinners. 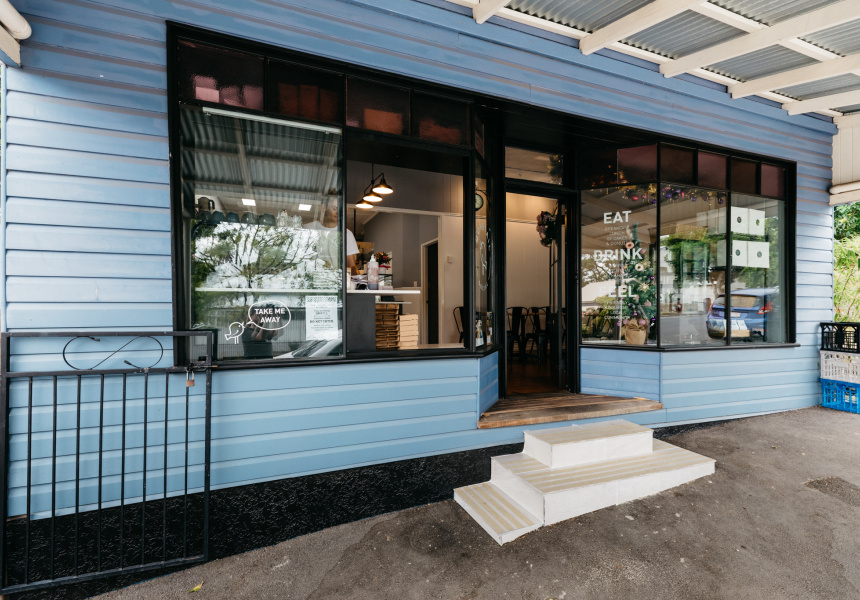 Dovetail on Overend’s Adam and Rejoice Thomson originally planned to open their second cafe, Dovetail Social, in February. Then, like a lot of things this year, plans changed. The husband-and-wife-team finally unveiled their new Highgate Hill cafe in December.

“I think everything happens for a reason,” Adam says. “[The extra time] has given us a chance to reflect on what we want to focus on with this business, and what our new locals are looking for.”

The new spot is considerably larger than Dovetail on Overend in Norman Park, which opened in 2014. The original has become an east-side favourite, especially for gluten-free diners (Adam is coeliac). The Norman Park cafe has 18 seats on the footpath only, while there is up to triple the capacity inside the new spot with seating inside and outside in the garden.

Housed in an old Queenslander on Laura Street (formerly home to Saint Laura café), the Thomsons have given the space a fresh coat of paint, knocked down part of a wall to open the space up, and made some additions to the garden area, including a mural painted by local artist Janine Reserva. The space feels very warm and inviting, as if you’ve walked into the Thomson’s own home.

In the coming months, a number of new dishes will be added, including a Korean pancake called buchimgae, a Seoul Bowl (a bibimbap-like dish) and a vegan version of Filipino classic, kare-kare (vegetables in a thick and creamy peanut sauce with steamed rice).

The new site also features an old-fashioned high-tea room with antique chairs, a chandelier and retro wallpaper. In the new year, people will be able to book out the six-seat room in advance. The high tea menu will include house-baked gluten-free treats such as pistachio macarons, salted caramel cream puffs, classic scones and Dovetail on Overend favourite, Filipino ube leche flan cake (purple yam cake with crème caramel).

For milk-based coffees, the Thomsons have developed a blend with local coffee roaster Almanac. As for black coffee, single origins from a number of different roasters, including Villino in Hobart, will be rotated regularly. Adam says it’s important for black coffee drinkers to be able to try something different each time they come in.

Rejoice – who was born in the Philippines and moved to Australia in 2007 – also plans to start hosting Filipino degustation dinners. They will also be completely gluten-free.

“Every island in the Philippines has its own traditional dishes and I’d like to showcase them,” Rejoice says. “It’s hard to [find] Filipino food that’s gluten-free, so I’m really excited about starting that.”