The company is going into liquidation, with workers owed hundreds of thousands in unpaid wages. 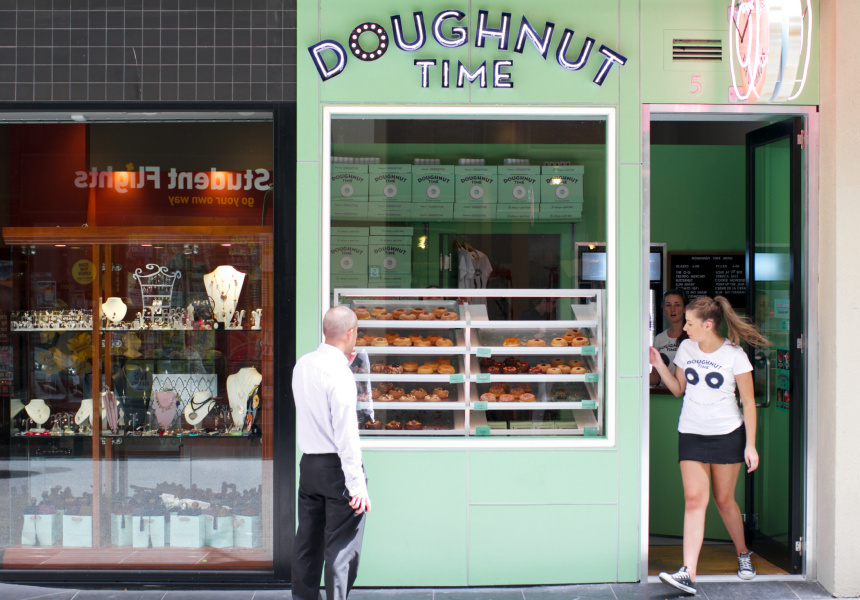 The sale of Doughnut Time has fallen over at the eleventh hour, after troubled entrepreneur Damian Griffiths refused to sign over the trademark to the company’s former CEO and managing director Dan Strachotta, the ABC reports.

The business will now be liquidated, despite Strachotta’s intentions to turn it around. The dessert chain went into voluntary administration on Friday and has appointed Michael Caspaney, the principal of Menzies Advisory, as its liquidator.

Workers, who according to the ABC are owed an estimated $200,000 in unpaid wages, found out the news via an email from management just before the weekend.

“Today has been the last day of Doughnut Time,” Victoria state manager Vanessa Gaddi-Chmielewski wrote in an email supplied to the ABC. “I just received news from Dan [Strachotta] that the deal with the new company has been blocked by Damian.

“He will not sign the Doughnut Time trademark to Dan.

“As a result, the entire company will go into liquidation — including the stores that Dan was supposed to take over.”

Under the terms of the deal supposedly agreed to last week, the Brisbane-based doughnut brand would have been saved from extinction but would have closed almost half its remaining stores. In Brisbane, just South Bank and Clayfield were to remain open. Further afield, the Gold Coast would retain just one store at Mermaid Beach; Sydney, one in Newtown; and Melbourne would hang on to its Degraves Street, Fitzroy and Chapel Street outlets.

Broadsheet can confirm that all those stores are now closed. Former employees have been unsuccessful in contacting either Griffiths or Strachotta. Broadsheet tonight reached out to Doughnut Time representatives via email, but had not received any comment at the time of publishing. Broadsheet has also reached out to Damian Griffiths for comment.

Caspaney told the ABC that company cashflow problems led to Doughnut Time’s collapse. He also suggested that workers could seek compensation from the Fair Entitlements Guarantee (FEG), the Australian Government's fund for employees who have lost their job as a result of their employer's liquidation or bankruptcy, but only if their debt was less than three months old. Also, only Australian citizens and permanent residents can claim the compensation.

The liquidation follows the news yesterday that lawyers representing Sydney company Frasers Central Park Land chasing $404,000 from Doughnut Time had been unable to get in touch with Griffiths, delaying court action.

The Brisbane Times reports that no one representing Griffiths or Doughnut Time showed up for a Monday hearing on the matter in Brisbane’s Supreme Court. Lawyer Justin Ratanatray, acting for Frasers Central Park Land, told the court he had not been able to serve Griffiths with the proceedings.

It follows a disastrous run of legal action for Griffiths and leaves the former lawyer without any business interests. In late December he lost control of Limes Hotel and Alfred & Constance (and A&C’s on-site restaurants, Alf’s Place and Kwan Bros) over unpaid debts. In February, his Bubbles Bar and Bistro company went into liquidation, after earlier selling Les Bubbles the restaurant as a going concern to Strachotta (Les Bubbles continues to trade under Strachotta’s ownership but Alfred & Constance has struggled in the hands of receivers, who have elected not to open Kwan Bros and Alf’s Place).

Later in February, as many as 35 Doughnut Time workers across 15 stores decided to take the company to Fair Work, alleging they were collectively owed more than $70,000 in pay at the time.

The Frasers Central Park Land action was the latest blow for Griffiths, and came after Doughnut Time walked away from its store at the company’s Central Park Mall, a shopping centre in the Sydney suburb of Chippendale.

In an extensive email to Broadsheet last week, Griffiths accepted the blame for Doughnut Time’s failure. “I expanded too quickly,” he said. “I guess I had too many big ideas and dreams when I started the development of Limes [Hotel], [Alfred & Constance] and then expanded Doughnut Time around Australia.” 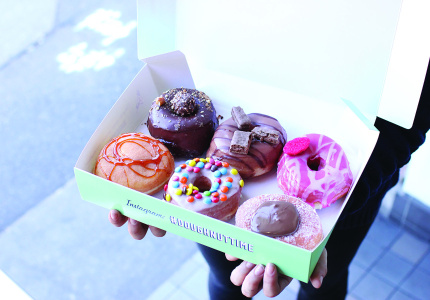