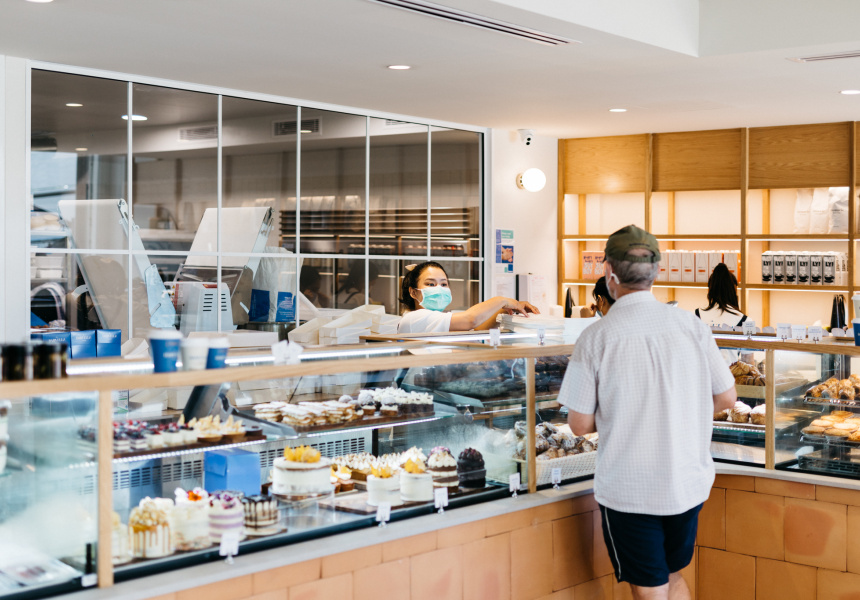 When you consider Covid-19’s effect on the Brisbane hospitality industry, you tend to think in terms of the venues – those that closed, those that adapted, those that transformed their operations entirely.

But it’s arguably in the people where there’s been the most change. When the federal government implemented its national shutdown last year, some restaurants, cafes and bars no longer needed their staff. But others needed more staff, or at least different staff. The result was an enormous reshuffling of the labour deck, as seasoned chefs, bartenders and floor staff suddenly popped up in new roles across the city.

Darvella owes its existence to that serendipity. The Swiss-influenced Bulimba bakery and patisserie wouldn’t have been conceived if pastry chef Lindsay Krahenbring hadn’t been temporarily stood down from Hillstone St Lucia, or if Venzin Group owner Giorgina Venzin hadn’t decided to operate her popular Pawpaw cafe as a bakery during last year’s shutdown.

“We just put an ad up during Covid,” Venzin says. “Lindsay had temporarily lost her job because of the pandemic, so it was going to be a short-term thing. I thought, ‘No worries, you can get us in the groove by the time you have to leave.’”

But Krahenbring wasn’t just any old pastry chef. She earned her qualification working at Neil Perry’s Rockpool Bar & Grill, and has done stints at fellow Sydney fine diners Bentley and Quay. More recently, she’s worked at Flour & Chocolate in Morningside and Daintree eco lodge Silky Oaks. In short, she knows her croissants from her cruffins.

That expertise made the Pawpaw bakery a hit – so much so that Venzin quickly turned her attention to a permanent bakery and patisserie in Bulimba, convincing Krahenbring to stay on in the process. The result is Darvella, which officially opened on January 1.

“She’s the magic ingredient,” Venzin says. “The whole thing blossomed because of her.”

The Swiss influence references Venzin Group patriarch Raymund’s Swiss background, but is also a canny move that allows the bakery to draw its influences from all over Europe. It makes a change from the more specialised bakeries that have trended in Australia in recent years.

“You can come in and have a bit of everything,” Venzin says.

The bakery itself is a handsome space of timber, terracotta and flagstone paving. Out front, there’s a bi-fold window for takeaway coffee orders, and large picnic tables will soon be installed for those who want to stick around a while. Inside, customers can see through to a large kitchen at the back of the venue, which doubles as a production kitchen for sister venues Pawpaw and Monocle Coffee.

“Covid has bound our venues closer together,” Venzin says. “It’s forced a lot of structural changes and made us improve and keep up the quality of the group … having the production kitchen is important in that sense. If you’re loving our croissants here, we want you to be able to go to Pawpaw and have a great croissant there too, not a shitty croissant.”