Venue number two from a couple of ex-construction workers. 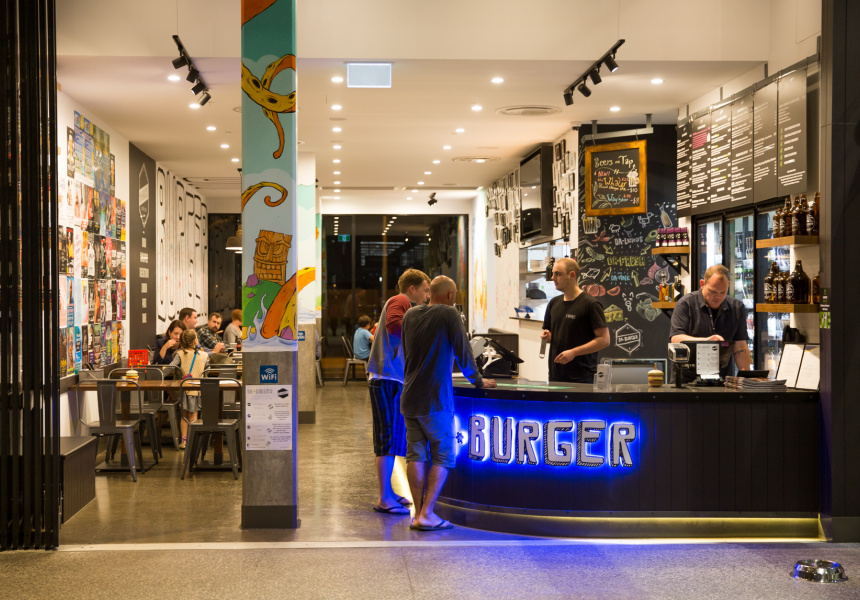 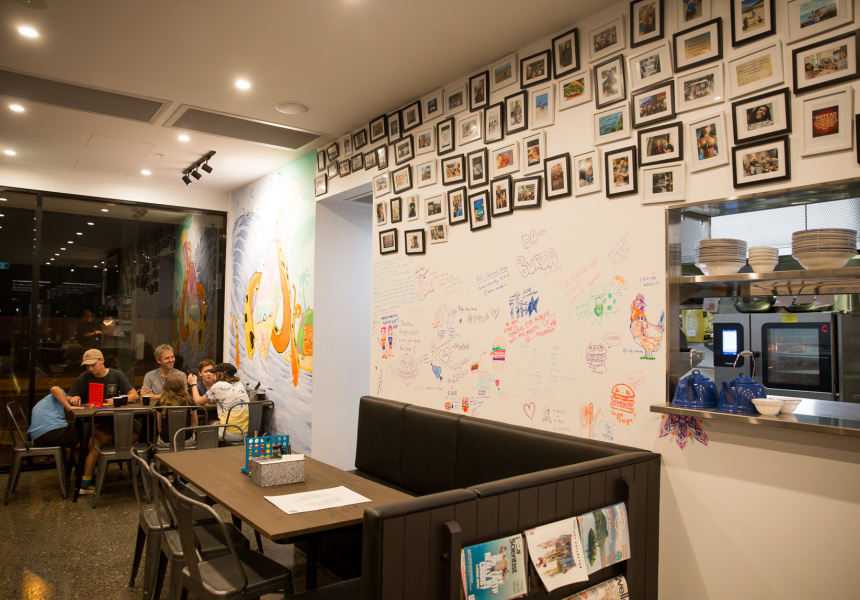 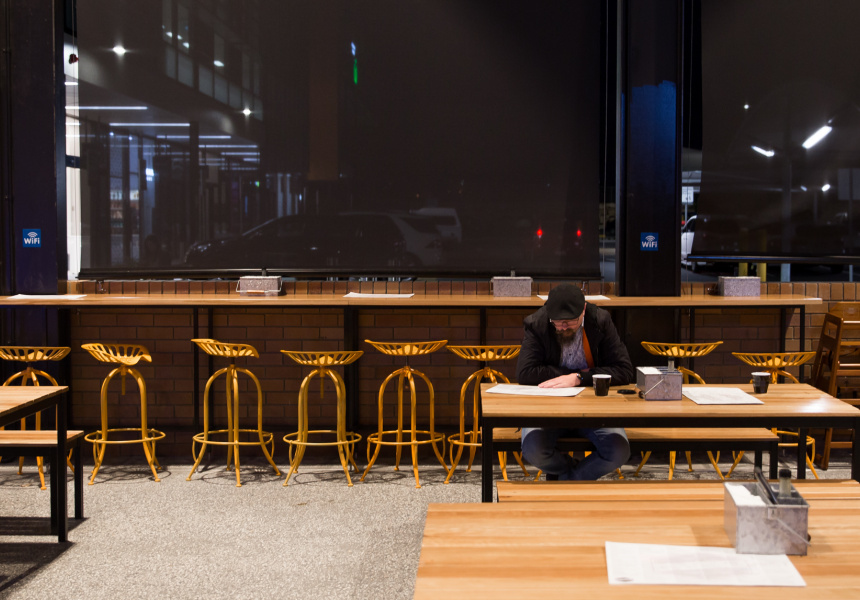 In 2013, James D’Ath and Wendy Mason opened Da’Burger in New Farm. Despite having no previous hospitality experience – their background was in the construction industry – they put all their savings into a humble burger joint.

“We went from hard-hats to hospitality,” D’Ath says. “There’s no manual on how to do it. We did it ourselves and we did it the way we wanted to.”

“The directors of Ascot Racing ate at [Da’Burger] New Farm and showed us the plans [for Racecourse Village],” D’Ath says. “We thought, ‘It’s been nearly five years. Let’s do it’.”

The Ascot store has a similar look to New Farm with painted murals, a minimalist black and white colour scheme, and words from customers scribbled on the walls. The fit-out was a joint effort by D’Ath and Mason, restaurant design firm Food Strategy and builder Ben Watson.

For Ascot, Da’Burger continues its partnership with Rayner’s Gourmet Meats, which is next door to the New Farm outlet. D’Ath says they get meat fresh from Rayner’s and grind it in-store with salt and pepper – and that’s it. The buns are custom-made so they are just like the ones D’Ath grew up eating. It makes for a big, old-school, two-hander.

A subject close to D’Ath’s heart is giving to charity. Once homeless himself, early on he got Da’Burger New Farm involved in a partnership with Brisbane Youth Service. At the Ascot store, $2.30 from every Foul Play burger goes to Share the Dignity, a women’s homelessness charity.

One major difference between the two stores is that Ascot has beer on tap. It also has a large range of tinnies and bottles from local breweries, such as Green Beacon.

“I always ask [our] fans what they want,” says D’Ath, sipping a schooner of Green Beacon. “They said, ‘Jimmy! Put beer on tap!’”