It will pour at least 2800 bottles from more than 100 producers, with a special focus on wines from countries such as Georgia, Hungary and Slovenia. 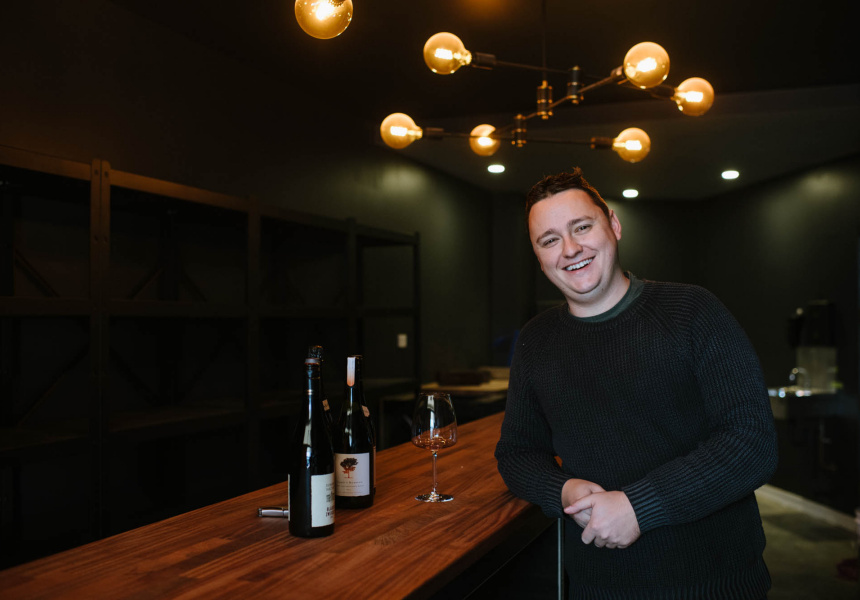 Chris Siktars has an affection for the wine bars of Central and Eastern Europe, and Austria in particular.

“You pull the door aside, step through a curtain and it’s all there,” Siktars says. “There’s usually meat hanging, bottles everywhere and people having a great time. There’s a really good scene in the outer suburbs of Austrian cities.”

It’s that spirit Siktars is looking to capture with his new wine bar and bottle shop, Honour Ave Cellars, which will open in Graceville at the end of August.

Siktars is a chef by trade but over the past five years has slowly stepped back from the tools, first with his involvement in Tom Pocket Cellars, a small wine bar and cellar in Melbourne, and more recently with Black Ox Dining, his monthly fine-dining pop-up, which he launched in Brisbane in 2016.

“When I came back there wasn’t really a lot going on in that bar-and-shop space up here,” he says. “If you have a venue that offers both it’s flexible to what customers want on the day – grab a glass and take a bottle home with you, or crack the bottle in the bar and then take the rest home.”

Siktars began searching around Brisbane’s suburbs for an appropriate space for the concept, eventually settling on a small tenancy on Honour Avenue, Graceville’s winsome high street, which already hums with cafes, restaurants, bars, ice-cream shops and a cinema.

Honour Ave Cellars will serve wine from around the world but have a special focus on bottles from Eastern Europe. Yes, there will be pinots and chardonnays and rosés, but they’ll sit besides astringent Georgian saperavis, bone-dry (or dessert-wine sweet) Hungarian furmints and structural Slovenian rebulas.

“There’s a lot of wine coming out of that part of the world,” Siktars says. “They’ve been focusing on regenerating that history and it’s time that a light is shone over there.”

He’s not doing it by halves either, with plans to launch with around 2800 bottles from between 100 and 150 labels, many of them small, family-owned vineyards with which Siktars has carefully cultivated relationships over the past five years. He’s also doing some vintage wines by the glass, including a 1966 beaujolais, which will be poured via Coravin. Helping is Siktars’s Hungarian background – he can speak Hungarian and basic Austrian German.

As for the venue, it’s the opposite – a tiny 28-square-metre space that will seat anywhere between eight and 14 people, with midnight blue walls stacked with bottles and a timber bar running down its centre. For those lucky enough to grab a seat, they’ll be able to graze on a simple menu of cured meats, cheeses and bar snacks.

Honour Ave Cellars will open in Graceville in late August.