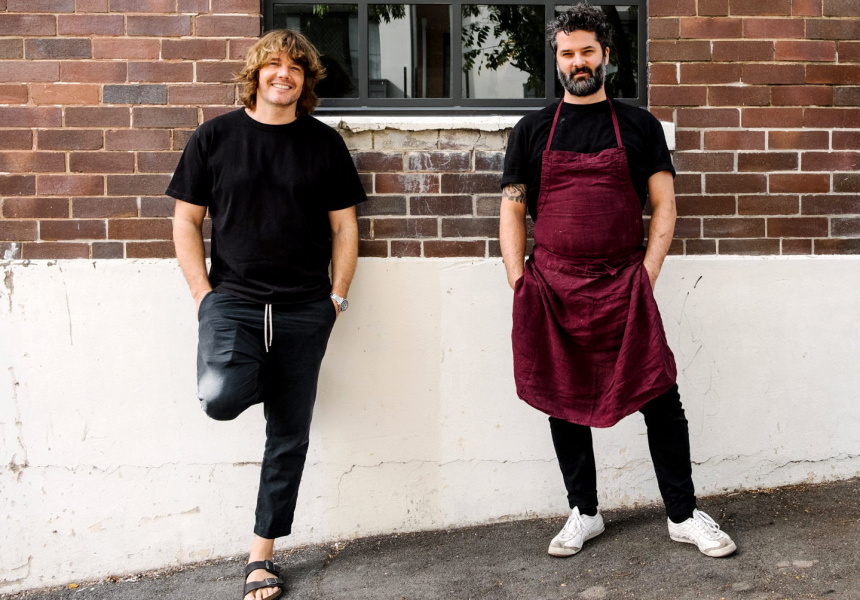 It’s odd to think back to the beginnings of Agnes Bakery – it feels that long ago.

In April 2020 it was an emergency measure cooked up by Agnes owners Ben Williamson, Tyron Simon, Bianca Marchi and Frank Li to get the woodfires burning at the group’s yet-to-open star restaurant. Agnes then went on to debut in earnest, collecting rave reviews and remaining more or less fully booked every week. It’s since been joined by Bianca, the group’s fast-paced take on Italian, which has proven almost as popular.

And yet, folks never forgot about those doughnuts, Basque burnt cheesecakes, and custard and almond kouignou-amann. When Agnes Bakery made an ever-so-brief reappearance off the back of the late March Brisbane lockdown, punters lined up around the block – literally, with the queue snaking up Agnes Street, down Gotha Street, and along Barry Parade and Gipps Street all the way back towards the restaurant’s front door.

You could argue it was the most precise example of Australia’s pandemic pivot towards fresh-baked comfort food.

Perhaps it’s little wonder, then, that Williamson, Simon, Marchi and Li are now spinning it off into its own venue, with Agnes Bakery opening on the corner of James and Harcourt streets in September, taking over the former premises of Arc & Family. It’s a long way removed from Agnes Street on the other side of Fortitude Valley, but it also makes sense in a relatively under-serviced, residential part of James Street.

The old Queenslander-style corner store will be given a complete makeover by the group’s regular architects Richards & Spence. But expect something lighter and brighter than the charismatic Agnes restaurant.

“Our first thought was to find something similar with brick and rafters,” Simon says. “But what defines Agnes is woodfire. We thought that not being in a new build was the only parameter we should set. That’s probably more what Agnes is, a return to the old world.

“There’ll be wood. There’ll be light creams. And everything will be centred around this beautiful oven.”

Williamson and his bakers will be working with an enormous four-tonne locally made Beech oven, baking 24 loaves of bread at a time (as opposed to the four loaves Agnes restaurant could handle). Its design has been carefully overseen by Williamson to allow it to better switch from the breads overnight to pizzette and pastries in the morning. Simon says much of the fit-out so far has been about reinforcing the supports of the building to cope with the oven’s enormous weight.

As for what they’ll be peddling, Simon says to expect the same selection of sourdoughs, cluster rolls, pizzette, cinnamon doughnuts, kouignou-amann and Basque cheesecakes that made the original so popular, but for that selection to slowly grow as the new bakery finds its feet. Otherwise, there’ll be espresso coffee, and that’s about it. Agnes will still be a grab-and-go spot rather than a full-blown cafe operation – somewhere to drop into on the regular rather than linger.

“That’s what we’re trying to achieve with Agnes Bakery,” Simon says. “It’s there for Saturday mornings, it’s there for celebrations. It’s there to just be a part of life.”

Agnes Bakery will open in mid-September.