Coming Soon: A Pair of Hellenika Vets Are Opening an Intimate Restaurant and Wine Bar in a Heritage-Listed Valley Spot 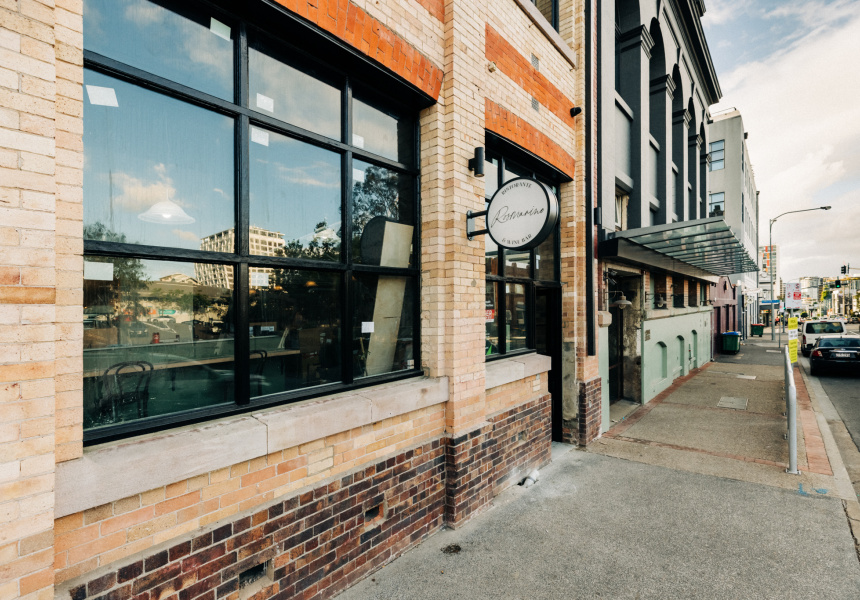 “We were going to go to Europe for a month,” Smith says. “And we were considering moving because I really wanted to work there. Andrea, the training he got from Europe – you can’t find it over here.”

That was the plan in early 2020. At the time, the couple were working at Hellenika, Smith in a managerial role, Gatti as head sommelier. But then, Covid happened. Instead of Europe, they found themselves on Smith’s parents’ farm in Rathdowney, south of Beaudesert.

“We just spent three months there chilling out,” Smith says. “We built some veggie gardens. We built a footpath. Just a lot of random things. And then Hellenika reopened and we did what everybody did post-Covid and asked, ‘What am I doing with my life?’ I’d always wanted to open my own restaurant.

Their own place is Rosmarino, a 60-seat Fortitude Valley restaurant and wine bar that will serve its first diners in late July. Initially, Smith and Gatti were looking at premises closer to New Farm, but were convinced by their real estate agent to inspect a tenancy in the heritage-listed Stewart and Hemmant building on the corner of Marshall and McLachlan streets. Perhaps best known as the Great Wall Shopping Centre, it has recently been stripped back by developers Northshore Group to its handsome original brick facade, which dates back to the 1890s. It has been home to a bunch of different businesses over the decades, including a clothing manufacturer, a printing company and an Asian grocer.

“As soon as we walked in here, we were like, ‘Oh, my God, this is it,’” Smith says. “It was just perfect. Now I couldn’t even imagine Rosmarino anywhere else.

For food, chef Dario Manca (ex-Za Za Ta) will be preparing a menu that ranges across fresh-baked breads, antipasti, pastas and a clutch of mains. For drinks the focus is of course wine, with Gatti looking to build out a cellar that’s 800 bottles strong, although Smith says the intention is to initially open with closer to 200. Rosmarino will draw its wines from all over the world but with a special focus on Italy and the Sicilian vineyards surrounding Mount Etna, in particular.

“We’re aiming for 95 percent, natural, biodynamic and-or organic,” Smith says. “It’s not the intention to be a natural wine bar, but with natural and biodynamic winemaking you usually have to be a pretty experienced winemaker. They go hand in hand.”

Otherwise, Smith says to expect Rosmarino to be intimate and personal.

“It’s about creating a venue where we want to work,” Smith says. “Andrea and I can always be around and be on the floor. Small places are the best because you can take your time with customers. You can get to know everybody by name.”