Mr Badger’s will serve deep-dish pizza, deli-style sandwiches, and share plates of lamb shoulder and T-bone steak, alongside wine, spritzes and bottled cocktails. And you’ll be able to eat and imbibe it all in a life-sized tram inside the venue. 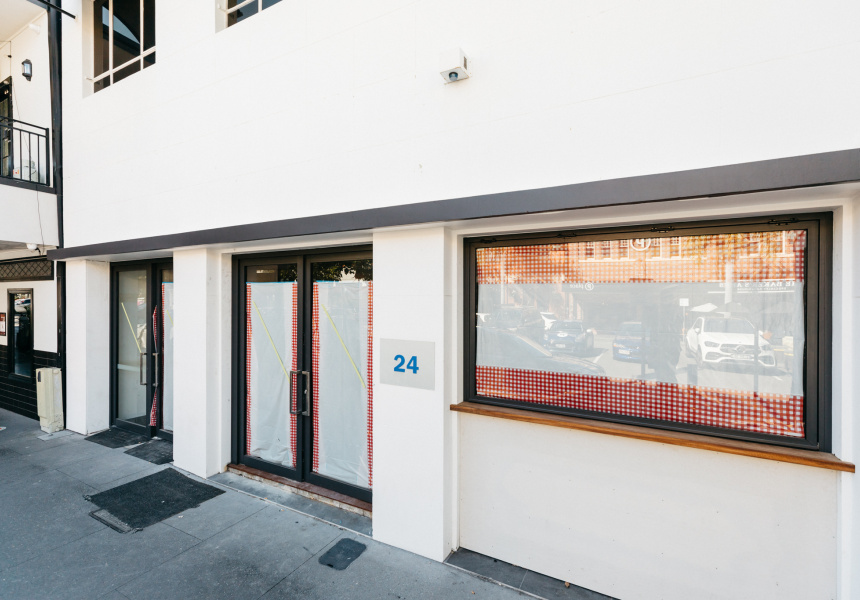 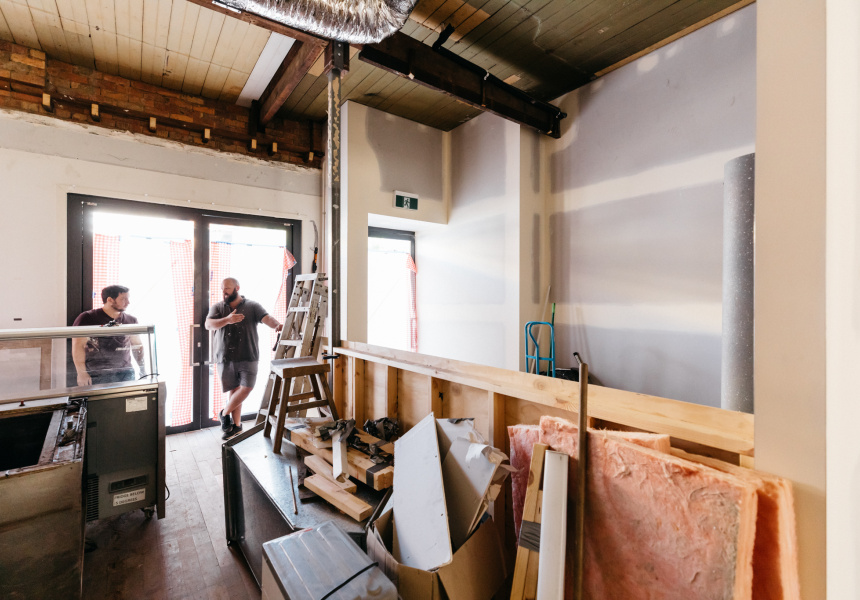 It’s 10 years since Dan Rodriguez bought The Canvas Club. Bring this up with him and he runs a hand through his hair and smiles.

“For a small cocktail bar, that’s a long time,” he says. “Particularly when you’re not in the city or the Valley.”

Rodriguez is now one of the longest standing operators in the beautiful Logan Road precinct that sits across Stanley Street from the Gabba. Sorellina, Crosstown Eating House and Pearl have all fallen by the wayside (Crosstown is now Electric Avenue, owned by Rodriguez and business partner Adam Pykett). Ilja Grawert’s violin shop is gone. Most of the antique stores in the surrounding streets have disappeared too.

“Some people in Brisbane think they can open a venue and just spend all this money and it works,” Rodriguez says. “Canvas has been 12 years in the making [Rodriguez and then business partner Bodie Schofield bought it off a previous owner] and I’m still trying to make it work. I mean, it’s not easy. It’s friggin hard. And then throwing in Covid made it even harder.”

Still, Rodriguez is marking the milestone not by celebrating his existing venues, but by opening a new one. In August he and Pykett will unveil Mr Badger’s, a 70-seat New York-inspired deli in the old Brother print shop building wedged between Stalks and Stems on one side and Easy Times Brewing Co on the other. All brick, timber beams, high ceilings and enormous windows, it’s remarkable a space like this has become available in the precinct. The building was once a bank, and before that a butcher.

Mr Badger’s is intended to be more of a daytime, family-friendly venue, something Rodriguez says reflects his own shifting values since the birth of his daughter, Sienna, last year. The name is inspired by Joseph Stillman Badger, a New Yorker who moved to Brisbane in the late 19th century and became an instrumental figure in the development of its original electric tramway. To that end, Rodriguez says the deli will be fitted out to resemble a tram workshop and include a life-sized reconstruction of a tram in which punters can dine.

“It’s going to have that lovely old world feel that suits the street quite well,” Rodriguez says. “It’s gonna be a place where families can come. I don’t want to compete with Electric Avenue.”

On the menu will be classic deli-style sandwiches for lunch, before deep-dish pizza, and share plates of lamb shoulder, T-bone steak and whole roasted chicken take over after dark. Served throughout the day will be deli boards, various appetisers, charcuterie, cheese and tinned fish. Coffee will be by Woolloongabba’s Black Sheep.

For drinks, expect beers and wine, spritzes and aperitif-style cocktails, along with bottled cocktails supplied by Canvas and Electric Avenue.

It marks a complete turnaround for Rodriguez, who 12 months ago was struggling to keep Canvas and Electric Avenue afloat during the pandemic. He describes those days as a “constant scramble”, but they also illustrated to him the loyal local following both venues had developed, as locked-down punters came out of the woodwork to order takeaway food and booze.

Now, he reckons the bounce back from the pandemic will help lift the entire precinct. Already, it’s benefitting from the recent opening of Good Times and burger joint Mac From Way Back, which together have brought a more casual style of punter into the precinct.

“I think it was starting to pick up just before the pandemic. But there were still only three or four venues to come here for, and you can’t build a precinct on that,” Rodriguez says. “Now, I’m finding people know Woolloongabba. They’re coming here for the brewery, they’re coming for Electric. We still have good weekends and bad weekends but it’s definitely coming on strong.” 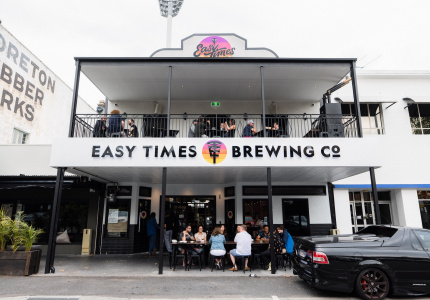