Barely two weeks after closing slick Southeast Asian restaurant Naga Thai due to the upcoming redevelopment of Eagle Street Pier (and just six weeks after Andrew relaunched South Bank’s Popolo, the Italian restaurant he co-owns with Paul Piticco and Denis Sheahan), the husband-and-wife team is back to announce a new venue, Tillerman, a couple of doors up Eagle Street at Riparian Plaza.

“It’s been an emotional rollercoaster, this past month, but in the true sense of the word,” Andrew Baturo says. “Everything is exciting. The highs and lows are all dizzying. It’s all part of growing and moving out of your comfort zone and into a discomfort zone, I guess. But I’ve been doing it long enough that it’s the challenges that make this business exciting.”

A seafood restaurant that draws on international inspiration for its dishes, Tillerman’s sophisticated Hogg & Lamb-designed fit-out will feature plenty of spotted gum and tanned leather, with much of the seating arranged as banquettes and mini-booths. There will be botanical prints on the wall and linen on the tables. In short: it may share Naga’s riverside aspect, and has inherited that restaurant’s kitchen brigade and front-of-house staff, but otherwise this is a completely different proposition.

“If you’re offering people really great food by the river, you want to do it justice,” Baturo says. “It’s a prime location. But there will be a level of informality to it as well. It’s not going to be pretentious. It’s going to be buzzy and fun.”

In the kitchen, former Naga Thai and Libertine head chef Suwisa Phoonsang will prepare a menu anchored by fresh local seafood designed to be shared. Expect dishes such as bacalao (cod) croquetas, Queensland mud crab with crab butter and chives, and salt-baked Murray cod. Away from seafood, there will be dishes such as Wagyu flank steak, chicken roulade with mushroom duxelles, and a seasonal vegetable tarte tatin.

For drinks, Baturo says a 150-bottle wine list will be internationally minded but stick close to coastal regions for varieties that suit the seafood. There will be 30 wines available by the glass, a bunch of them via Coravin, and an extensive program of sherries and ports that’s designed to have you spending a few more moments enjoying the knockout views of the river and the Story Bridge.

An elevated seafood-focused restaurant will be a welcome addition to the CBD’s riverside dining scene, which has been in a steady state of evolution since the beginning of the pandemic, and particularly since the closure of Eagle Street Pier. Along with Kingsley’s, old-school classics Cha Cha Char and Il Centro are gone; the pier’s transformation means Naga Thai, Coppa Spuntino (in the old Il Centro premises), Fatcow Steak & Lobster (in the old Cha Cha Char premises) and Rico Bar & Dining have followed; and Opa Bar & Mezze and Massimo Restaurant & Bar have only just reopened after suffering significant damage during the recent floods.

“Il Centro and Cha Cha Char had been there for decades. Even Kingsley’s had been in there for 20 years,” Baturo says. “So the opportunities don’t come up that often, and if you have the opportunity to grab one of those spaces and you work hard at it and don’t get complacent, you can be around for 20 or 30 years. That’s what we’re looking to do.”

Tillerman will open at 71 Eagle Street in the CBD in early September. 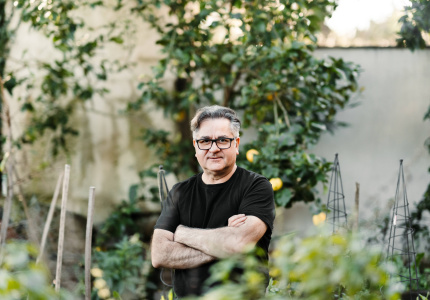