The Gold Coast brewer is bringing a slice of Miami to Sherwood Road. Expect neon and pink pastels, burgers and bar snacks, and beer cocktails on tap. 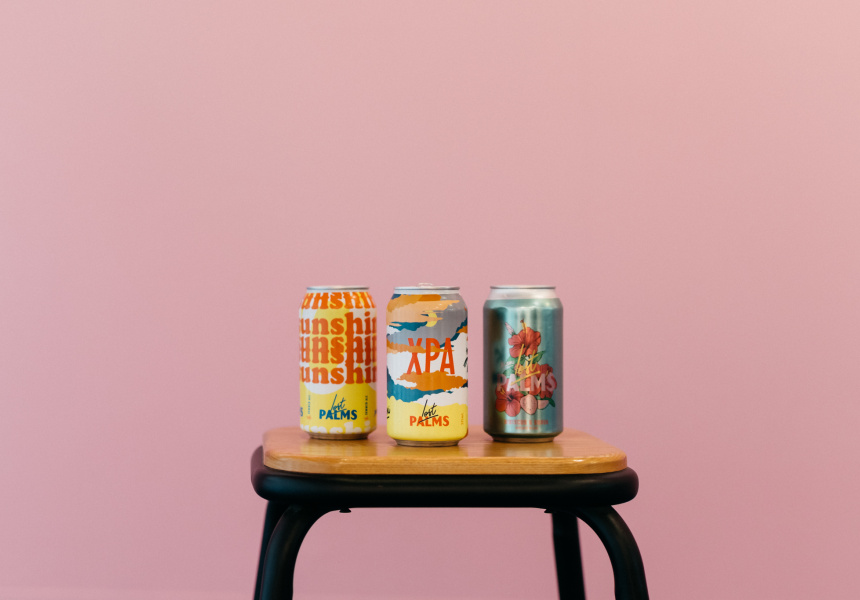 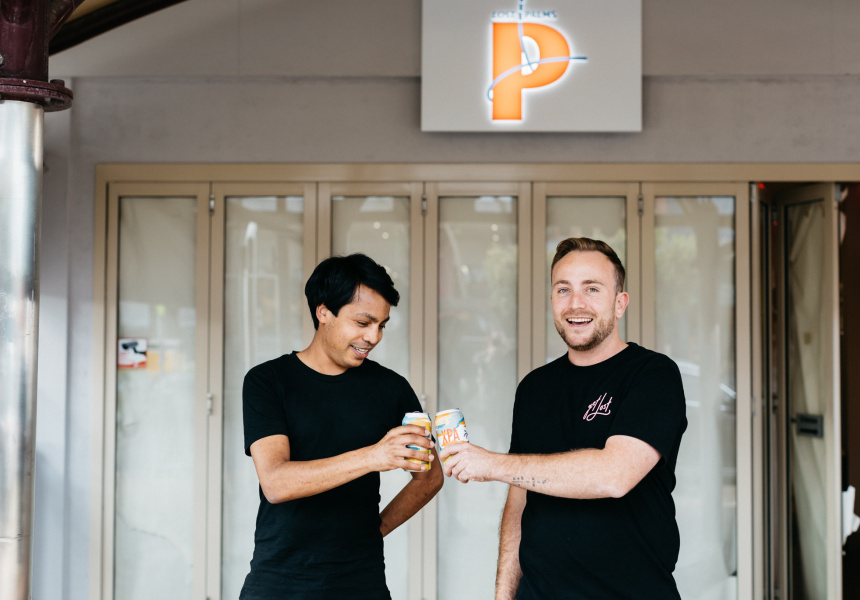 The team has taken over the former Sweet n Spice Asian Kitchen space in the heart of the Sherwood Road shopping precinct and given it a splash of their signature coastal style. The 120-square-metre site includes a hefty concrete and timber bar, concrete slab tables and a shaded outdoor area that opens onto the footpath. The industrial vibes are offset by pink pastels and a touch of neon.

“The bright colours you find in our Miami venue will be emulated in Sherwood,” says operations manager Zak Nalder. The idea is to bring a little slice of the Gold Coast to the Brisbane suburb, where punters can expect more than your average night out at the pub.

“Lost Palms invokes escapism,” says Nalder. “To have a beer is an experience. Whether on holidays or finishing work, you just want that moment to yourself to get lost in.”

Nalder is calling the taphouse “an immersive experience” – a place where you can talk to people well-versed in each beer who’ll explain “what hops were used, what malts were used, how long it was fermented for”.

There will be eight taps with beers ranging from approachable pale ales and lagers through to sour beers, big hazy IPAs and limited small-batch releases such as double pacific ales. There will also be three frothy nitrogen-charged beer-based cocktails on tap.

“Think about a sour beer and how well that would go with some tequila, Cointreau and a salt rim, and you have a sour Margarita-style,” Nalder says. “We’ll also have an espresso-style, Martini-based darker beer blended with coffee and sweet liqueurs poured directly out of the tap.”
The beer will be made in Miami by head brewer Chris Smith (ex-Slipstream Brewing) and shipped up to Sherwood. That said, Nalder is adamant the venture is not just a brand from outside pushing product.

“We are investing in the local area, putting our name on a lease and employing local staff,” he says. “We want it to be an inclusive space … with a broad appeal to the locals of the area.

“If one mate has an interest in double dry-hopped milkshake sour IPAs, they can come down and be satisfied, but if their mates prefer to sit on lagers all day, there’ll be ample options for them as well.”

Food will initially focus on burgers and bar snacks, eventually expanding into tailored beer and food pairings – and whatever the locals request.

Lost Palms Brewing Co is expected to open at 671 Sherwood Road, Sherwood, by the end of October.