One of Brisbane’s best wine stores is opening a tiny European-inspired wine bar. 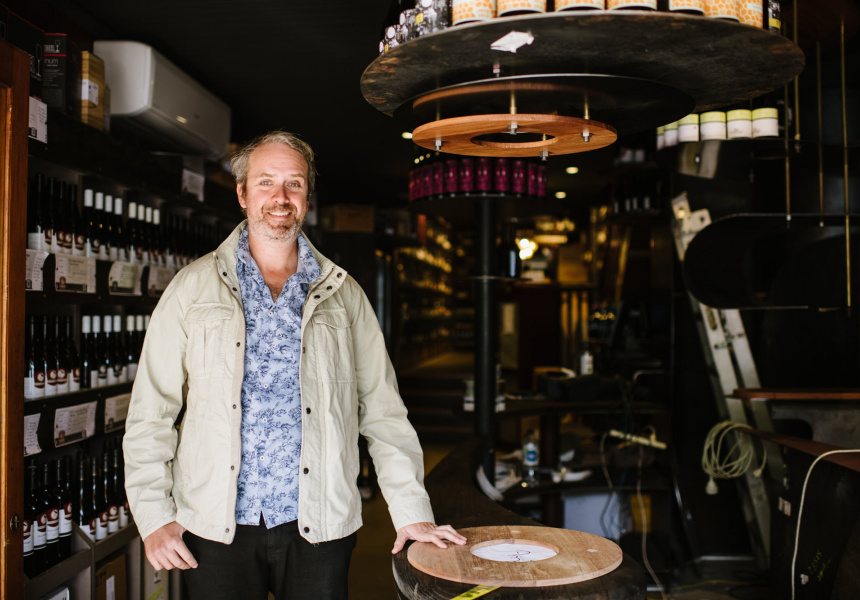 Michael Nolan opened Wine Experience in Rosalie Village in Paddington in 2004. Since then, it’s gained a reputation as one of the best wine stores in town. For the past six years, Nolan has been chipping away at installing a wine bar at the entrance to the store. With a mid-September opening imminent, it’s finally coming together.

The small, intimate wine bar will seat around 10 at the bar, and a few more around a couple of pillars. Hundreds of wine bottles will be positioned around the bar – many on shelves that wrap around pillars high above the floor.

“It's an ode to the great European wine bars,” says Nolan, who has visited many during his travels. “I remember going to a tiny venue in Belgium and thinking how fantastic it was. We want it to feel like wine is coming out of the walls. That’s what really gave those bars [in Europe] their character.”

Wines will be available by the bottle, but Nolan wants to encourage people to order by the glass (a large by-the-glass list will be handwritten on a blackboard) so they can explore a variety of styles, including more expensive drops poured by Coravin. Nolan says to expect wines that you’ll struggle to find elsewhere.

“We’re not appealing to the masses, we’re appealing to people who love wine. We’re going to have a lot of interesting wines on pour. It’s going to be fairly cutting-edge.”

As with the wines he sells, there will be an emphasis on artisan producers, eclectic varieties, natural, lo-fi and classic wines from tiny producers, cult favourites and “icons of the wine world”. But rather than being variety-focused, the wines will be organised by “weight” (full-bodied, medium-bodied, etc).

Nolan wants just one person looking after both the food and the booze – similar to the set-up he’s seen at the tapas bars in Spain – so he’s keeping the food menu very simple. All the effort will be put into sourcing the produce, the barkeep will just need to plate it up. Expect charcuterie, cheese and parfaits.