Coming Soon: Clarence, a Tiny 35-Seat Bistro From a Couple of Nineteen at The Star Vets

The laidback neighbourhood restaurant will open in the pokey old Vespa Pizza space in the new year – with a snacky local-produce-driven menu (think pig-head terrine and veal sweetbreads) and a tight 20-bottle wine list. 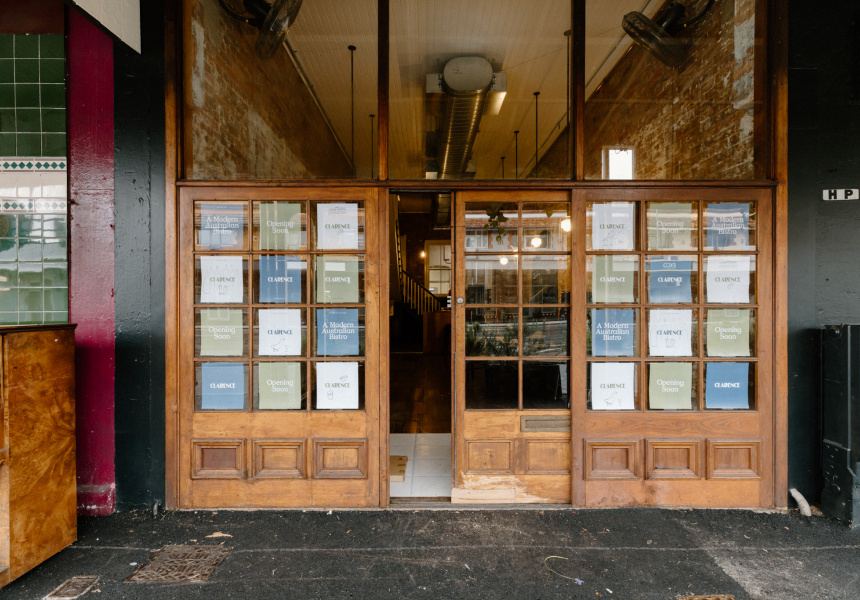 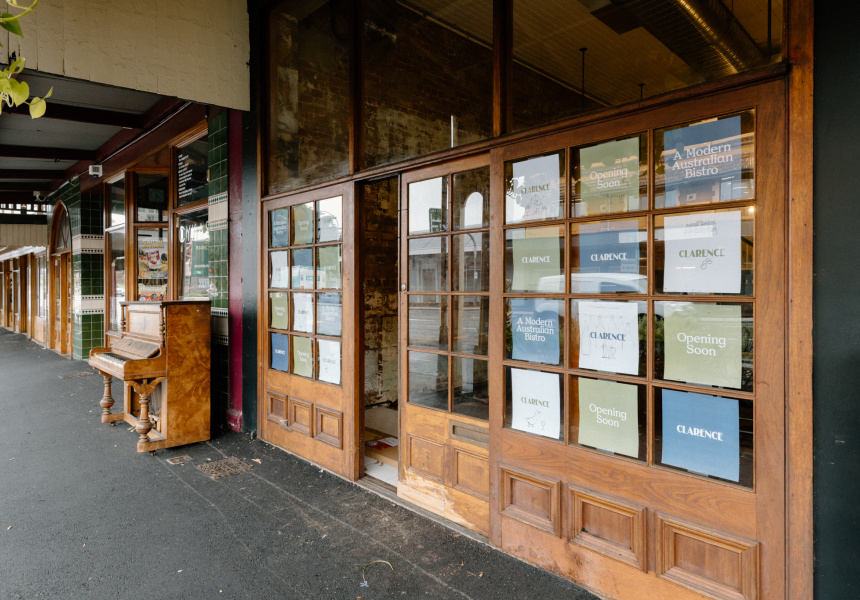 Senior front-of-house at The Fish House and then Nineteen at The Star. Front-of-house manager at Momofuku New York. Restaurant Manager at The Point in Melbourne. Franklin Heaney’s CV grabs your attention.

Ben McShane’s is similar. Sous Chef at Nineteen at The Star. Sous chef at Umu in London. Junior sous at Stokehouse Q and Kiyomi.

And now here are the two of them, prepping a 35-seat restaurant named Clarence in a poky old tenancy on Stanley Street in Woolloongabba.

How did this happen?

McShane says it started in the dish pit at Nineteen at The Star. “Working in those kind of big restaurants, they can be a bit over the top,” he says. “And in a big corporate environment like that, it’s hard to react and change because you have all these systems in place. Changing menus, putting specials on – it’s really difficult because everything needs to be accounted for. To cook like a real person is really challenging.

“We were in the dishwashing area and Frank started talking about wanting to … open a small restaurant. And we started talking more and more, and realised we were on the same page. Neither of us wanted to be in a posh restaurant anymore. We still care a lot about what we’re doing and how we do it, but we didn’t want to be in that environment.”

McShane and Heaney decided to collaborate on a small neighbourhood restaurant that would hero local produce in a laidback setting. They came up the highway and started looking at tenancies in the Valley, but their attention was drawn to an old heritage space on Stanley Street owned by Steve Wilson, who co-owns the neighbouring C’est Bon and The Princess Theatre around the corner on Annerley Road.

“He just wanted someone who could bring some energy to this area he loves so much,” McShane says. “It was more about getting the right people in to operate the space rather than whoever was going to give him the most money.”

Clarence’s high-ceiling brick tenancy is the former Woolloongabba home of the old Vespa Pizza. McShane says the space’s much-loved bones won’t change much. The brick will be kept raw, the old timber banquette and the vintage pendent lighting will remain. They’ll simply populate the floor with tables and chairs and install a couple of booths upfront. A small space upstairs will be kept as a private dining room.

For food, McShane is keeping the menu short and tight. It will change depending on the fresh produce he can source that week but a draft menu includes dishes such as pig-head terrine with broad beans, grapefruit and ginger; giant grouper served with globe artichoke and a bourride; chicken served with leek, young garlic and horseradish; and veal sweetbreads with sweetcorn, caper and chervil.

For drinks, Heaney is aiming to keep everything local, from a 20-bottle wine list to the restaurant’s spirit selection.

“It’s not about trying to make everybody happy all the time with having the massive selection that most restaurants have,” McShane says. “It’s just some small interesting selections of things that we’re passionate about.

“I spent a bit of time in Paris when I was living in London. And those neo-Parisian bistros where it’s super produce-driven – super little, super seasonal. Clarence won’t fit into a box. The food isn’t a particular cuisine from a particular place, but a reflection of everything I’ve done in my career, which is pretty diverse. It’s just a little neighbourhood bistro serving interesting food.”

Clarence will open at 617 Stanley Street, Woolloongabba in late January.