It comes from the minds of a couple of QT and Ovolo veterans, along with an “Expendables” of hospo talent. And it’s just the start, with a fancy wine bar, a brewpub, a Chinese-Latin fusion restaurant, an eight-seater Martini bolthole, and a Mad Men-inspired chophouse all in the pipeline. 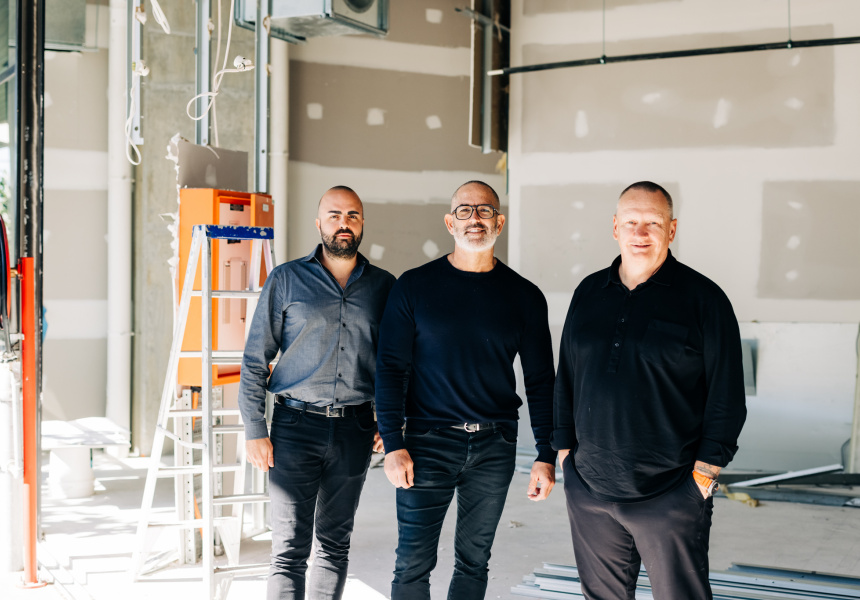 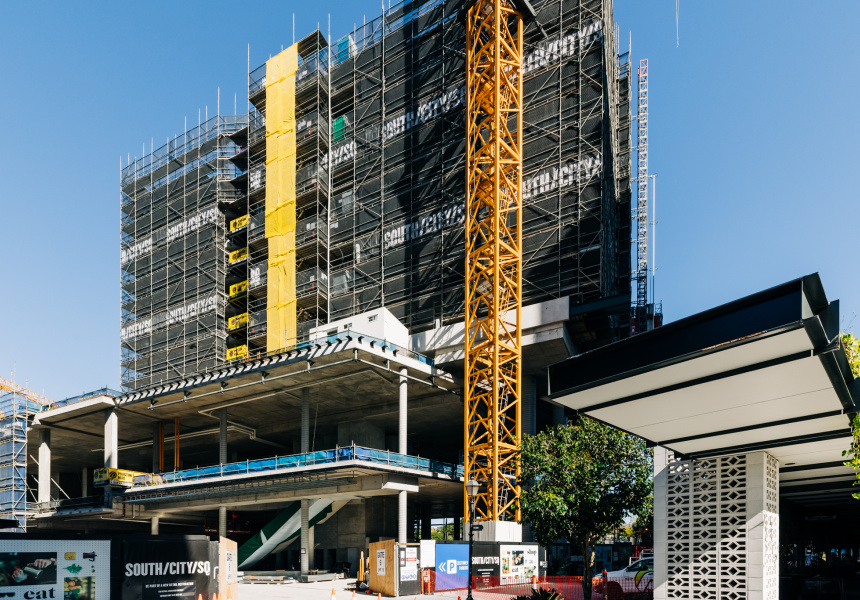 When Vincent Lombino was 13 years old, an Italian restaurant suddenly became the centre of his life. It was 1983 and Lombino had dropped out of school and left home. Washing dishes and bussing tables at Graziano’s, a pizza restaurant east of Los Angeles, wasn’t just a job but a way to put food in his belly.

“I just lived it for five years,” he says. “And I’ve never left the industry. I love it. It taught me everything. It really did.”

Now, an Italian restaurant is the start of another new chapter for Lombino, but this time in Brisbane. Sasso Italiano will be a 110-seat eatery in the South City Square development in Woolloongabba serving homely Italian eats, natural wine and a Negroni menu. But Sasso is also a beachhead for a stack of venues designed and executed by Lombino and business partner Jared Thibault’s FnB Collective. They’ll roll out between September and April next year, servicing the South City Square apartments above and punters drawn to the area by a new shopping centre and cinema complex.

The scale of the entire project is intimidating. But then Lombino fills you in on his CV since he cleared his last table at Graziano’s all those years ago. Particularly formative was a couple of stints with experiential hotel group Noble House Hotels and Resorts in the United States, first as director of food and beverage and then as director of restaurants, which is when he met Thibault.

Later, both would migrate to Australia and help launch QT Hotels’ game-changing food and beverage outlets, and do the same again at Ovolo Hotels, which also hangs its hat on exceptional restaurants and bars (including Za Za Ta, Kazba and The Inchcolm Bar in Brisbane).

In short, Lombino and Thibault have launched a venue or 20, and for the South City Square project they’ve gathered together what Lombino is calling an “Expendables” of talent. There’s chef Ian Curley (perhaps best known for French Saloon and Kirks Wine Bar in Melbourne) and restaurateur Valerio Calabro, who are on board for the launch of Sasso; and QT alum and chef George Francisco, who is consulting on Casa Chow. Head chef at Sasso is Ivan Castaneda, best known for his work at Oliveto’s in Sydney, who will also lend his expertise to Casa. Music will be curated by Andrew Lewis, formerly of Ovolo, QT and Noble House, and the guy responsible for those nifty musical elevators in QT Sydney.

Still, before you create a precinct you need to launch its first restaurant, and Sasso is scheduled to open in November. For the fit-out, Lombino has worked with Brisbane-based interior designers Collectivus to produce a 110-seat eatery on the corner of Logan Road and Deshon Street that will be decked out in timber panelling, arched entry ways, crazy paver floors and marble countertops.

At the centre of Curley and Castaneda's kitchen is a rotating Marana Forni woodfired oven punching out campania, prosciutto and capricciosa pizza, flanked by a slick pasta menu and mains such as cotoletta with cosberg, stracciatella, lemon and mustard; bistecca alla florentina with lemon and rosemary; and a fish soup with saffron and aioli, and grilled ciabatta. For smaller meals, there will be cheese and prosciutto pizzetta, ricotta pea and mint arancini, and a crudo menu that includes yellowfin tuna tartare; a mozzarella salad; and burrata with nettle oil, sliced artichoke and pine nuts.

For drinks, Thibault will oversee a wine list that favours natural drops from Italy and Australia, and is turning his skill with cocktails to a Negroni menu that will feature 10 twists on the orignal.

“It’s just going to be about attention to detail with drinks,” Thibault says. “Our ice program is going to be really important to us … we’ll also be trying to source some vintage gins – say a Gordons gin from 1960, or a 1970s Campari – to create vintage or birthday Negronis.”

It’s a restaurant comfortable for local regulars but refined and buzzy enough to draw diners from across town. In that sense, it reflects both the warmth Lombino used to feel when he sat down for a staff meal at Graziano’s, and the sophistication and experience he’s brought to bear on the restaurants he’s opened since.

“Comfort. Warmth. Safety. Security. That’s what Italian food means to me. And Sasso brings it back [to Graziano’s],” Lombino says. “It’s going to be really special. It’s going to be that place people gravitate to.

Sasso Italiano will open at 148 Logan Road, Woolloongabba, in November.