The 580-square-metre venue is almost ready for the public. 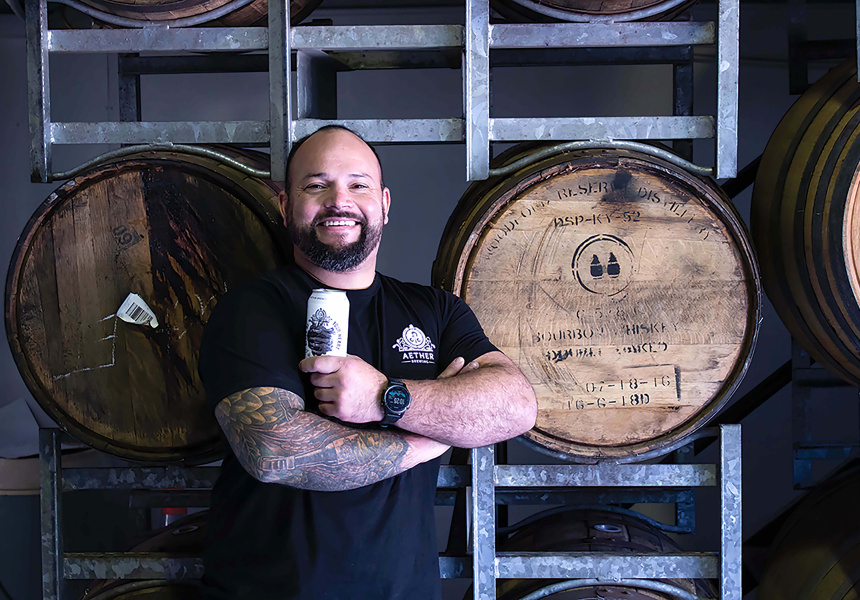 Aether Brewing owners Dave Ward and Jimmy Young are finally preparing to unveil Aether HQ, their new Northgate headquarters and taproom. Ward and Young have been brewing on-site since February, but the taproom was heavily delayed by council approval. Ward says they’re now hoping to welcome their first punters mid-October, a year later than initially expected.

“The main function [of Aether HQ] is brewing,” Ward says. “But we want the taproom to get to know the local community – I’m sure they can smell us when we’re brewing.”

Previously, Ward and Young worked across numerous facilities, which caused consistency issues – their ginger beer was recently recalled due to a re-fermentation problem – but all of Aether’s core range is now brewed and packaged in Northgate.

Aether HQ has a 28,000-litre brewing capacity and can produce approximately 200,000 litres of beer per year. That dwarfs the relatively minor 3000-litre operation at Aether Brewing Milton, which is being used for experimental batches and collaboration beers.

“We want our beer to become really consistent, which is something we haven’t done well at,” Ward admits. “But when you brew across different breweries, it [can happen].”

The taproom will open Friday to Sunday, offering between nine and 12 beers on-tap. There’ll be a new seasonal beer every month (in addition to the core range), such as the upcoming mango sticky-rice IPA. The taproom will have 80 seats, which will be easy to pack down to make room for brewing during the week.

When the taproom opens, Ward aims to offer the freshest beer in Brisbane. “We’d like to get our packaging done on Fridays so people know on a Friday afternoon they can buy a four-pack straight off the [canning] line.”

The Aether HQ taproom will open at 340 Melton Road, Northgate in mid-October. 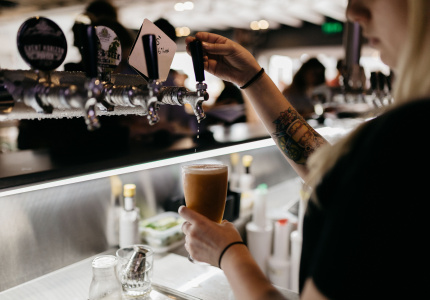