Out with the pokies, in with leading chef David Moyle. 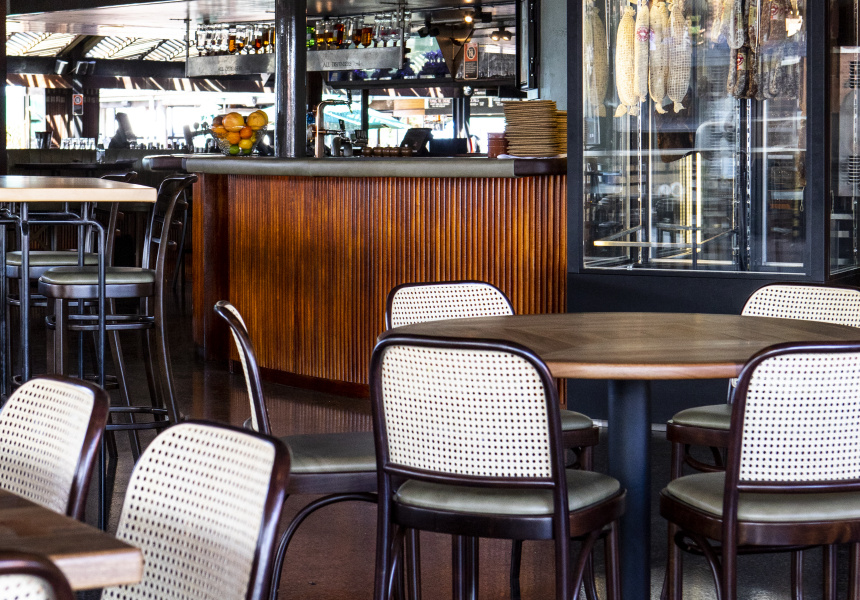 Byron Bay’s Beach Hotel, synonymous with the laid-back, beachy vibe of the area, has taken the bold step of getting rid of its poker-machine room to make way for a new restaurant and bar.

Named the Green Room, it has water views, a drinks list where everything – from the wine to the mineral water – has been sourced locally, and a killer menu from David Moyle, who was behind influential Hobart restaurant Franklin, and who is currently running the show at Melbourne’s Longsong (also owned by the group behind the Beach Hotel).

“It was a very big decision [to get rid of the poker machines], and was brewing for some time,” Elke van Haandel, general manager of the Beach Hotel, told Broadsheet. “I’m being stopped in the street by people thanking me for removing them, everyone has been responding really positively.”

The upstairs space has views of Byron beach across the road from the landmark pub, and is perfectly positioned for a spot of people-watching thanks to its prime real estate above the bustling downstairs beer garden.

The redesign was in the hands of architect Kelvin Ho of Akin Atelier (Bert’s, Coogee Pavilion, Mr Liquor’s Dirty Italian Disco). He’s used plenty of recycled timber and added exposed red-brick walls throughout. A woodfired pizza oven has been added to the kitchen.

Moyle has overseen the menu, but the pub’s kitchen manager, Shane Morritt, will be in charge day to day. “We’ve worked with David for years,” says van Haandel. “And he lived in Byron for a couple of years, working at Pacific Dining Room [also at the pub], so it’s a natural and organic partnership. We really wanted to showcase Byron Bay while at the same time not double up on what the pub downstairs already offers.”

For appetites nurtured by a day of surfing, there are heartier dishes such as kangaroo tartare and meatballs in tomato sugo, served with bread. For snacks, there are rye bites – fingers of toasted rye bread served with punchy toppings including anchovy, whipped ricotta and smoked tomato, and a Scandi-style cured salmon, crème fraiche, shallot and dill.

Beer is from local brewery Stone & Wood; the vino on tap is from Jilly Wines, a 40-minute drive away in the Hinterland; and the gin is distilled in Byron Bay by Brookie’s. Even the soft drinks and soda water are sourced locally.

Green Room is one of the recent new dining options in Byron and its surrounds. So too is Locura, by the Three Blue Ducks crew, who run a restaurant nearby at The Farm Byron Bay. And Bounty. Van Haandel attributes the increasing sophistication of the area’s food scene to the growth not only in tourism to the area, but people relocating from capital cities and demanding quality places to eat and drink.

“Every single person I talk to who visits wants to move here,” says van Haandel, who arrived to the area from Melbourne 11 years ago. “The whole influx of people from Sydney and Melbourne has lifted standards, and there are more high-end offerings in Byron now.”