It marks an end in Queensland for the Neil Perry-fronted burger chain. The Edward Street joint flipped its final patties on August 2. A spokeswoman told the Courier last week that the closure was a result of a “saturated burger market in Brisbane”. It follows the demise of Burger Project’s original Brisbane outlet in South Brisbane.

The closure means the end of the road for Burger Project in Queensland after Rockpool’s Neil Perry spearheaded the opening of the South Brisbane restaurant in February 2017, touting the chain’s “fast-food [cooked] with slow-food values”. Nine outlets remain in New South Wales and Victoria, and Rockpool has continued its expansion elsewhere in Brisbane with a new The Bavarian outlet opening at The Barracks on Petrie Terrace earlier this month.

It’s not the first burger joint to retreat from the Brisbane market in 2019; Da’Burger stopped trade at all three of its stores on January 21 before an angel investor stepped in to buy the popular New Farm original.

Rockpool is hanging on to the Edward Street location, and a new venue is expected to open in the space in September. 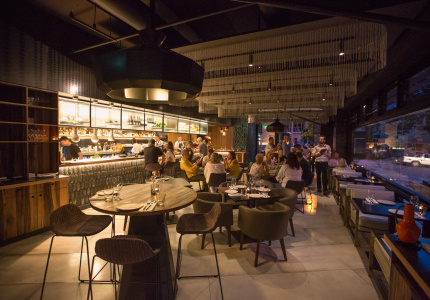