Head chef Alanna Sapwell is letting her sous chef Tabitha Thomson turn the waterfront fine-diner into an upscale crab shack – for one night only. 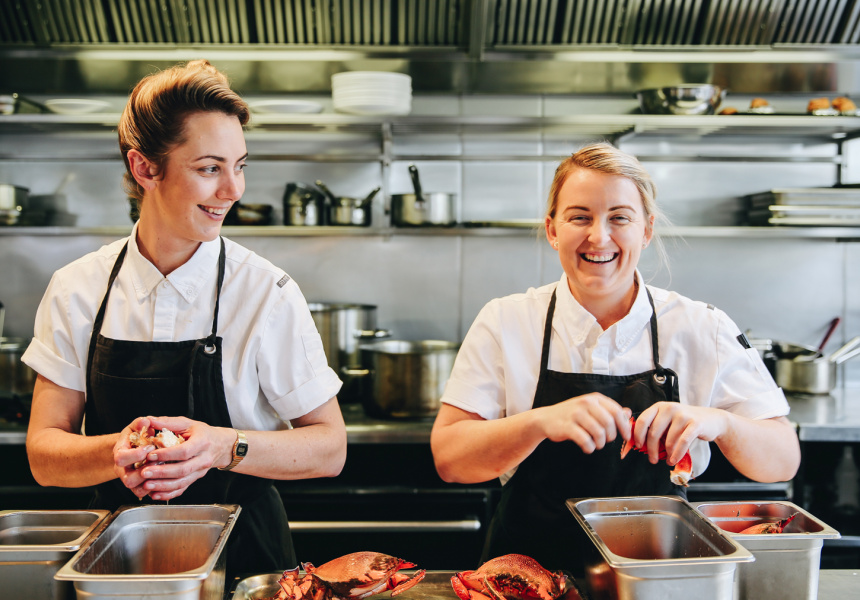 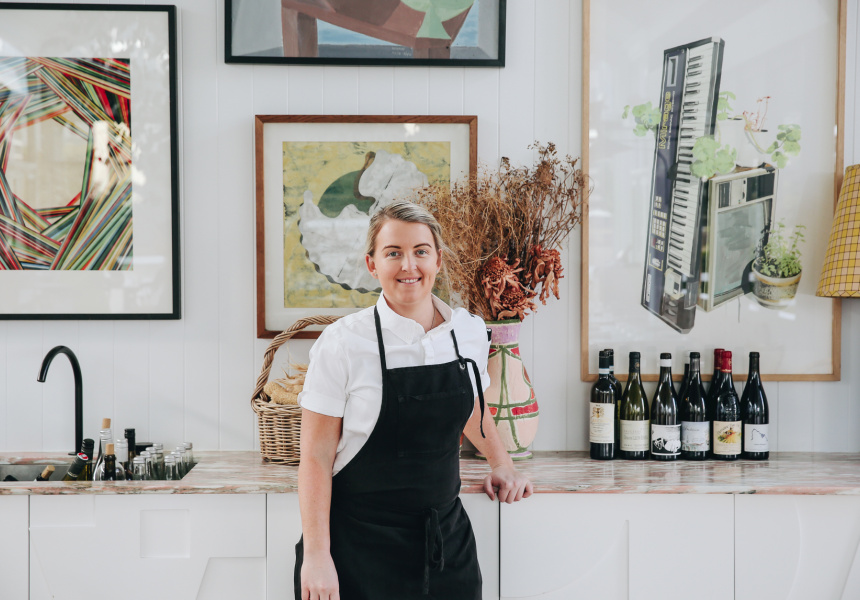 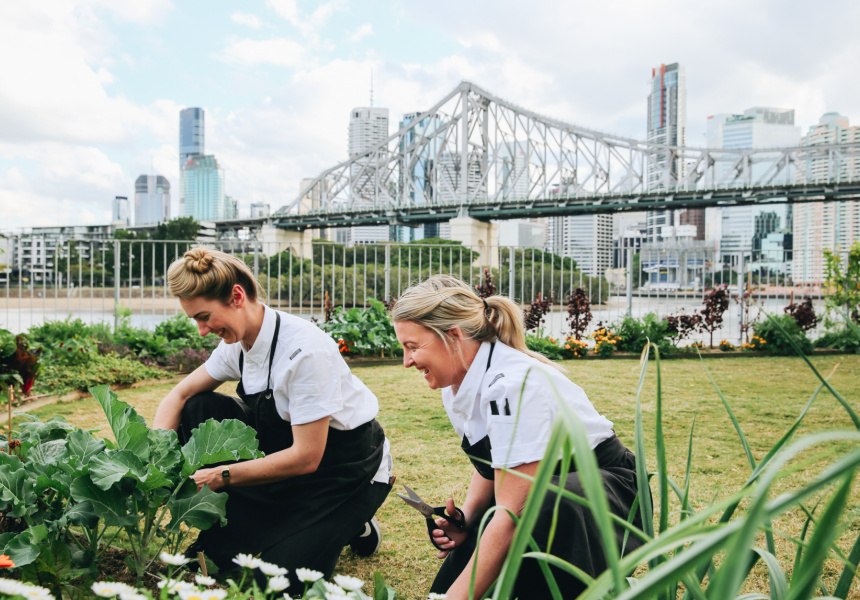 Arc Dining is one of Brisbane’s best new openings of the last 12 months - a 100-seat restaurant and 140-seat wine bar at Howard Smith Wharves. The initial success of the bright and airy venue has hinged on the refined touch of head chef Alanna Sapwell. So it’s a bold move for Sapwell to be handing the pans over to sous chef Tabitha Thomson for one night, especially because she plans to turn the esteemed diner into, of all things, a “crab shack”.

“It’ll be fun,” says Thomson. “Crab Shack will be about highlighting great food, wine and company – reminiscent of what I love doing on my weekends with family and friends.”

The takeover heralds the Brisbane edition of the Broadsheet Kitchen series, which sees young chefs around the country take over an established diner under the tutelage of an experienced head chef.

“It’s completely different to what we normally do,” says Sapwell. “Which is the point – to give Thompson a practice run and a shot to think outside Arc’s concept. I’ve strived to create a really inclusive, approachable atmosphere whilst still providing high-end food. So I’m also looking forward to seeing if it gives the same feel. I have no doubt Crab Shack will be well received – it could be a learning experience for all of us.”

Thomson’s Crab Shack will be heavy on crustaceans, of course. She names the “chilli mud crab, [served with] flatbread [and] a selection of herbs and produce from our own garden” as a highlight dish, alongside non-decapod fare such as a dessert of “native apple pie with pecan ice-cream”.

So how does Sapwell feel about her restaurant being turned into a faux-beachside eatery for the evening?

“It’s exciting to be reshuffling the whole space and making it really interactive,” she says. “[It’ll] get the chefs out of the kitchen and into the garden to cook the crabs, and [also give] customers the opportunity to engage with the chefs, providing a fun night where you get to use your hands in a high-end space.”

Sapwell will mentor Thomson in preparation for the event – something she’s confident Thomson can pull off. “Tabitha is a true leader,” says Sapwell. “She’s the first to jump into the hoods to clean or help the team get across the line. There’s no job too big or small. She’s focused, organised and has a firm but very kind nature, which is essential to creating the right culture in the kitchen.”

Thomson speaks of Sapwell in similarly complimentary terms. “Alanna has always been a driving force,” she says. “When I began at Howard Smith Wharves (where Arc Dining is located), the precinct had yet to open so the whole team worked closely together in an office. Alanna and I had a natural banter and collaboration, which led me to work under her as sous chef. So we’ve always supported each other and this has helped us get to where we are today.”

For Sapwell’s part, she’s keen to prove not just that Arc can pivot to a crab shack for a night, but also show that rising chefs have plenty to offer in the way of ideas, both in the kitchen and outside.

“I’ve known too many places with the attitude towards staff [is], ‘You’re not paid to think’,” says Sapwell. “But the restaurant industry has changed dramatically. Instead of leading a team by fear there’s more focus on how we can support one another. At Arc I want to provide a platform where everyone not only gains experience with their cooking skills, but [can] practice creativity and learn the back of house so they can further understand running a business as a whole.”