The city’s food scene bucked the Covid-19 shutdown to welcome a bunch of exciting new venues. 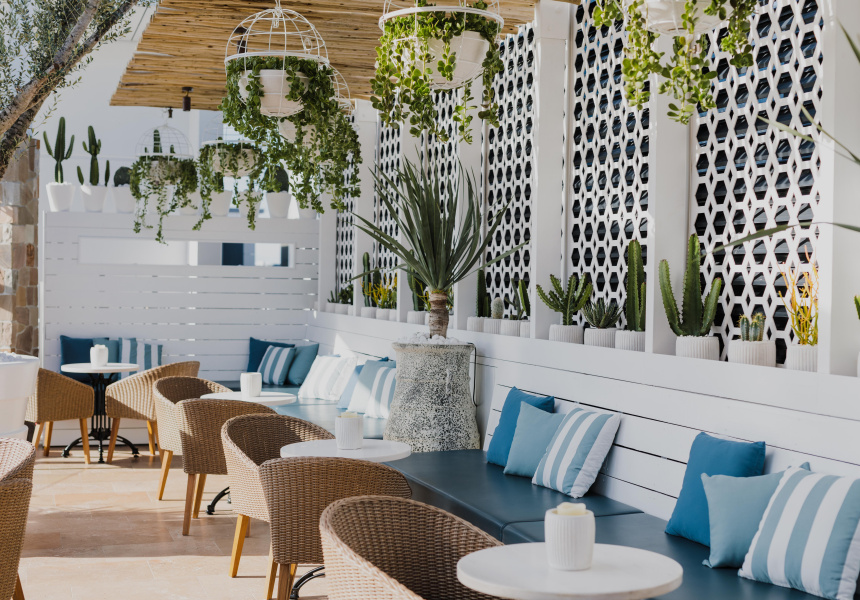 You can’t keep a good food scene down.

That’s perhaps the lesson of Brisbane’s best restaurant openings of 2020 so far – in the face of Covid-19 this city has still managed to introduce new dining experiences, from house-made pasta in a humble West End shopfront to produce-driven Mexican on a flash Fortitude Valley rooftop.

Much of it is excellent. Here’s what to check out.

Maya
Jason and Katie Coats have relaunched their popular Eleven Rooftop Bar as Maya, a pop-up Mexican restaurant designed to neatly slot into the stage-three easing of Queensland’s coronavirus restrictions. The result is a 90-seat open-air eatery serving a Queensland-produce-driven menu that explores a variety of Mexican influences, from the Pacific-inspired food of the north-west to the Caribbean-inflected dishes of the Yucatan Peninsula. For drinks, there’s an enormous range of tequila, mezcal and sotol; a Mexican-influenced cocktail list (including four different types of Margarita); and an efficient wine list that favours whites, sparklings and vintage champagnes. The venue itself takes Eleven’s already handsome fit-out and brightens it with olive trees, cactus gardens and a liberal application of white paint.

Pasta Club
Pasta Club is Leila Amirparviz and Darcy Adam’s follow-up to CJ’s Secret Pasta Club, which closed earlier this year. Taking over the old Flora by Greenhouse Canteen tenancy on Boundary Street, the duo has converted the space into a dark, ambient, retro-inspired room that feels cosy and intimate (there’s even a record player – yes, you can BYO vinyl). The short menu changes depending on the produce available, but expect small plates of fresh burrata, truffled mushroom arancini and house-made focaccia, followed by a few vegetable dishes and a trio of pastas such as pumpkin agnolotti with burnt butter and pine nuts, or fusilli with prawns and red sauce. Pasta Club is BYO vino, and that will remain the case when Amirparviz and Adam eventually land a liquor licence.

Little G
Little G has closed in Dutton Park and been reimagined in a fancy tenancy in Woolloongabba’s Drapery development previously home to Paul McGivern’s Corella. Brother-and-sister duo George and Danielle Diacos have carefully lightened the modern and moody space with a bunch of plants, olive trees and a menu projected on the wall. What hasn’t changed is the selection of pizzas, arancini and rotating Mediterranean-inspired specials such as chermoula lamb ribs and the restaurant’s popular fried chicken. Pizzas include margherita; prosciutto and pear; hot salami with pickled red onion and stracciatella; and mixed mushroom with truffle. All are made with Australian low-protein 00 flour and cooked in George’s “lucky charm” Moretti Forni stone-based pizza oven, which has been hauled down the hill from Dutton Park. A liquor licence is a bonus of the new space, with the booze menu including a clutch of craft beers and a neat collection of small-producer wines such as Jumpin’ Juice Riesling and Brothers Koerner Grenache. Also, there are $5 tinnies of XXXX Gold.

Elska
Freja and Nathan Dunnell have transformed their popular Wilston cafe, Freja’s, into Elska, a tiny 12-seat degustation restaurant. The previously open-air breakfast spot is now a softly lit hideaway fitted out with pendent lights, blinds, sheer curtains, new furniture and a fresh coat of paint to give it a more intimate feel. The food changes day to day, but Elska’s previous menus have included salted goldband snapper with green aioli and desert lime; Mooloolaba prawn with black garlic, caramelised onion and nasturtium; and emu accompanied by quandong ketchup and saltbush. The wine list is straightforward, with a small collection of whites, reds, sparklings and a rosé that can be paired with the food. Fair warning: this place is wildly popular, so book well ahead.

El Planta
Adrienne Jory and Rick Gibson had always struggled to find good plant-based tacos in and around Brisbane. Their solution? El Planta – which opened first as a pop-up at Wandering Cooks, and now as a permanent restaurant in the former South Brisbane digs of Ol’ School. On the menu is a bunch of vegan tacos, including roasted and flame-grilled cauliflower with toasted cashews and cascabel salsa; blistered eggplant with cashew crema, salsa macha and toasted peanuts; and jackfruit with adobo sauce, grilled pineapple and salsa verde. For now there’s just one main meal – a rich chilli stew of mushroom stem and potatoes – while snacks include house-made guac and corn chips, grilled corn with a chipotle vegan mayonnaise, and house-pickled jalapenos and vegetables. To drink there’s Mexican beer, a slick selection of wines and a bunch of Latin American-inspired cocktails including Margaritas, Diablo Verdes and Palomas. The restaurant itself is an inviting little nook, with walls covered in photos and framed prints, and a floor-to-ceiling glass window lined with a neat cactus garden.

Potato Boy
Peter Gloftis returns to King Street with Potato Boy, a love letter to the fish’n’chip shops of his youth. It looks the part: a simple, front-facing counter has been decked out in vertical white VJ boards with liberal splashes of bright yellow and red. Behind the counter, an enormous, neon “Potato Boy” sign glows day and night. The shop has a simple, approachable menu of fish and chips, chip butties, a couple of burgers and a bunch of sides, including calamari, potato scallops, onion rings and house-made pickles. Still, Gloftis has a couple of knockout punches up his sleeve: hand-cut, triple-fried chips, and New Zealand-caught sea perch cooked in a Heston Blumenthal-inspired batter that mixes vodka with beer and three types of flour for super crispy results. For drinks, there’s a trio of craft beers (Young Henrys and Byron Bay Brewery lagers are typical) and a short selection of organically produced wines.

SK Steak & Oyster
The Calile landed yet another high-end eatery in late December with the opening of SK Steak & Oyster. From Hellenika’s Simon Gloftis, SK deals in prawn, bug and lobster cocktails, John Dory schnitzels and, of course, a classy line-up of steaks that range in price from $35 to $300. There’s a similar sense of range to the wine, with plenty of top drops available for around $70 or $80, and some deep-dive Australian and international vintages if you want to push the boat out. The swank Richards and Spence-designed interior is typical of the in-demand architects’ work – concrete, stone and light timber blend neatly with the subtle cream and beige decor, white tablecloths and soft lighting. Intimate booths line the windows along Wandoo Street, facing inwards so you can watch the chefs busily preparing your food in the open kitchen or admire the dry-aged beef hanging in a large open cabinet.

Kid Curry
Happy Boy’s Cameron and Jordan Votan used the coronavirus pandemic to road-test Kid Curry, a “virtual restaurant” that debuted in April for delivery and takeaway. Now, Kid Curry can be experienced as a physical eatery in the brothers’ Snack Man bar, serving five curries, a dal and a bunch of sides, none of which are confined to a particular region but take inspiration from across the Indian subcontinent and Southeast Asia. An Indonesia-inspired confit duck rendang sits comfortably next to Goan sembharachi kodi (a prawn curry with onion, ginger, spices and coconut milk) and a Thai beef green curry. Wine is from Snack Man’s brilliant European selection.

Smokey Moo
Finally, Shalom and Wensley Bitton have launched a grown-up version of their celebrated East Brisbane barbeque shack, opening a slick 110-seat restaurant in the Gasworks precinct. In terms of fit-out, Smokey Moo is relatively straightforward – a high-ceiling space decked out in bricks, tiles, timber and enormous bi-fold windows, with much of the seating outdoors. For food, brisket, pastrami, ribs and beef cheeks can be ordered by weight or as part of a platter that comes with sides such as potato-skin chips, coleslaw, cob salad and creamed corn. The meats can also be ordered in sandwiches, and The Dirty Dozen combines all four meats on a platter with fries, caramelised onion, three cheeses and two sauces. Smokey Moo also has a liquor licence for the first time, with the Bittons serving an imaginative line-up of cocktails, a short list of beers, and wines from Australia, Argentina, Spain and Italy.

Hello Please
It just missed the cutoff for our 2019 round-up, but Hello Please’s December move across Fish Lane was a welcome reminder of its classy Vietnam-inspired street food.

Kingsfood Brisbane City
One of Sunnybank’s most famous casual Taiwanese and Chinese restaurants takes on the big smoke. 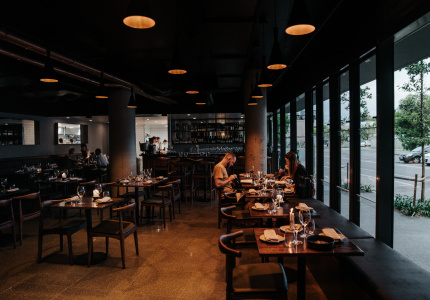