Despite the occasional snap lockdown, there’s been a bunch of exciting new additions in the first half of the year. From a homey cafe with a Filipino twist to a handsome bakery with an ex-Rockpool chef turning out doughnuts, cruffins and braided challah, here’s the best of them. 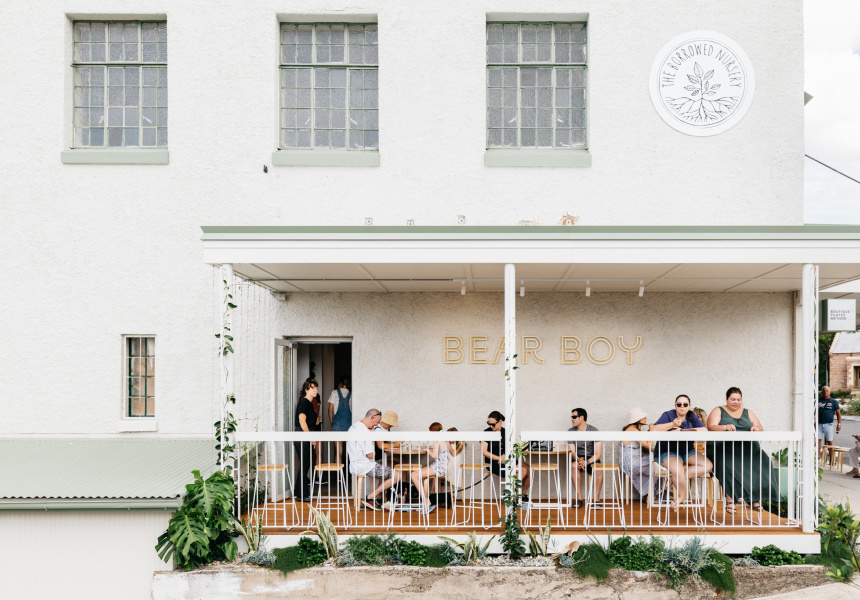 The first half of the year has felt very stop-and-start. Snap lockdowns lasting a few days at a time have made cafes pivot to takeaway-only. A result of this is perhaps a sense that there’s greater risk to opening a cafe at this time. While there have been fewer cafe openings than usual, we’ve sure seen a bunch of quality ones. From baked goods by an ex-Rockpool pastry chef to the arrival of a Gold Coast favourite, here are our picks of the year so far.

Dovetail Social
After a 10-month delay, Dovetail Social finally opened its doors in late December. Owners Adam and Rejoice Thomson, who are also behind the original Dovetail in Norman Park, took over an old Queenslander on Laura Street. The space feels very warm and inviting, as if you’ve walked into the Thomson’s own home. The menu is almost the same as the one at Norman Park, with favourites such as baked eggs; a classic Reuben sandwich; and a Filipino adobo bowl (braised chicken and pork served with coconut curry, oyster mushrooms, devilled eggs and toasted garlic on a bed of garlic fried rice). For milk-based coffees, the Thomsons have developed a blend with local coffee roaster Almanac. As for black coffee, single origins from a number of different roasters, including Villino in Hobart, rotate regularly.

Darvella
During last year’s shutdown, Venzin Group director Giorgina Venzin decided to operate her popular Pawpaw cafe as a bakery, hiring pastry chef Lindsay Krahenbring (ex-Rockpool). The bakery quickly became a hit – so much so that Venzin quickly turned her attention to Darvella, which officially opened on January 1. Krahenbring was given something of an open brief at Darvella. She’s created a rotating selection of jam-filled doughnuts, croissants, cruffins, tarts and signature triple-tier baby cakes. There’s also sourdough and Swiss-style braided challah, alongside a deli section serving Swiss cheeses from Eudlo-based Fromart, and sister venue Monocle Coffee’s house-blend espresso. The bakery itself is a handsome space of timber, terracotta and flagstone paving with a bi-fold window for takeaway coffee orders and outdoor tables.

Nodo Hawthorne
Nodo’s fifth cafe opened in April inside a brand-new development off Hawthorne Road. It’s a distinctly Nodo space, but it’s also different. Pink-marble tables, caramel-leather banquettes and terracotta brick create a warmly coloured cafe that’s a clear evolution from Nodo’s traditional black, white and concrete. Nodo’s menu has evolved too, with long-time favourites such as the Nodo eggs and the egg-and-bacon milk bun joined by a sambal crab omelette and Nodo nourish bowl. Everything is, as always, gluten-free. And what hasn’t changed are the signature baked doughnuts, which include classic flavours such as the Novo, Beetroot Blackout and Breakfast doughnut. For drinks, there’s Nodo’s house-blend espresso and a single origin available for batch brew. There are also matcha lattes, organic turmeric lattes, Mayde tea and a shake menu.

Cubic
Opening a cafe in Brisbane’s courts precinct during a pandemic sounds risky. But that’s exactly what Richard Barthes did in April. There are no vac-packed sangas or 20-ounce coffees at Cubic. Instead, it’s Toby’s Estate espresso, rotating single origins for nitro and cold brew, and a refined menu of open sandwiches, all served in an elegant concrete and ribbed-timber bunker dotted with hanging greenery. Beyond the open sandwiches (think a Wagyu pastrami Reuben, or smoked salmon and avocado mousse) the food menu has been kept simple and designed for grab-and-go. Try the classic bacon-and-egg roll with cheddar and chutney mayo, or the coconut-chia pudding with rhubarb compote.

Bear Boy Espresso
In January, Helensvale’s Bear Boy Espresso opened an outpost in Windsor. The original Bear Boy is a handsome outlet, but the Windsor cafe is something else again – it’s all pink marble, polished concrete floors, dappled walls and arched shelving areas. An enormous front window allows plenty of light into space. The food menu is an abridged take on the Helensvale cafe, built around staples such as a signature Benedict prepared with a potato waffle and sautéed greens, and a buttermilk-fried chicken dish that’s served with a sweet waffle and Sriracha hollandaise. For drinks, Single O coffee is backed by Mayde tea, Hrvst St juices and a clutch of smoothies and shakes.

Dandelion & Driftwood
Penny and Peter Wolff helped put specialty coffee on the map in Brisbane back in 2010 when they opened Dandelion & Driftwood on Hendra’s Gerler Road. They closed it in 2018 to focus on their wholesale operation, but this year Dandelion & Driftwood returned to Gerler Road – this time in the beautiful old Queenslander corner store perhaps best remembered as Mario at the Dining Room. The classic VJ-board timber walls and corrugated roof of the building remain, but the Wolffs have sharpened it up with a fresh coat of white paint and a pair of burgundy doors. Expect a classy brunch and lunch menu featuring a breakfast roll, house-made savoury mince and classic corn-and-zucchini fritters. Coffee comes from sister venue Wolff Coffee Roasters, and there’s also a range of teas, smoothies and juices. 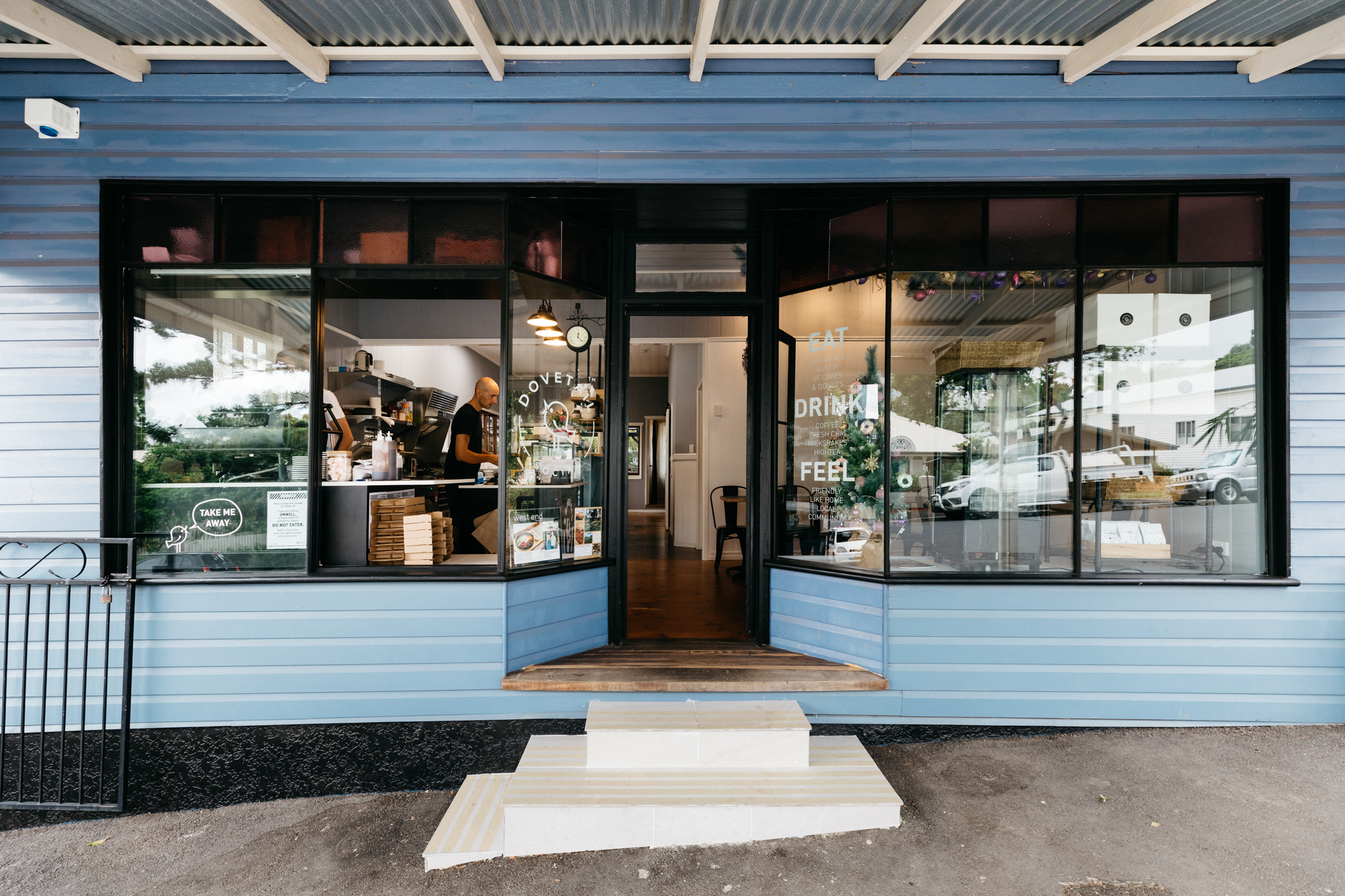 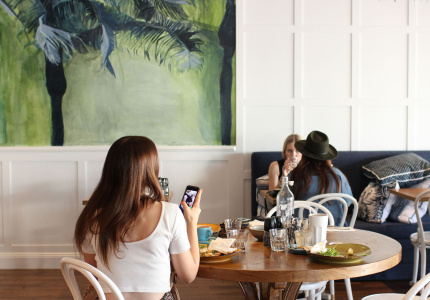