This year saw the city’s drinking scene go to another level. There’s an immaculate cocktail lounge with table service and a pair of vintage Martini carts, an eye-catching Mediterranean-inspired rooftop bar and a neighbourhood wine slinger with a 450-bottle underground cellar. 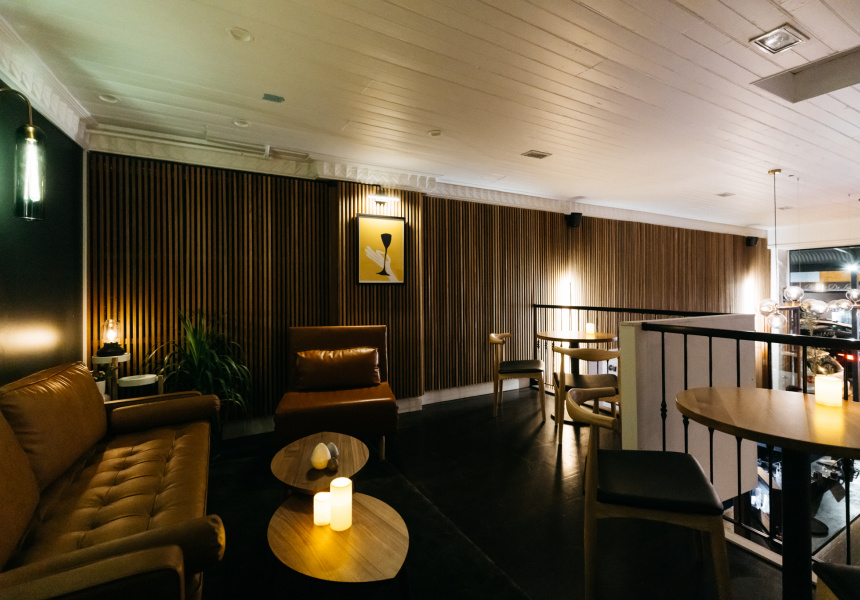 Last year was a relatively quiet one for bar openings, but as Covid-19 restrictions started easing in 2021, Brisbane’s new boozers came thick and fast. Still, there’s no doubt the pandemic has changed the way we drink: there’s a greater focus on table service and a more thoughtful approach to drinking, including a rise in non-alcoholic drinks. From a slick cocktail lounge hidden behind a faux tailor shop to a beautiful boundary-pushing bar from some of the city’s best barkeeps, here’s what caught our eye. From the Death and Taxes team comes Dr Gimlette – a similarly minded, service-oriented bar that opened in September. Occupying the Metro’s old theatre space, it has a raised timber floor and raw brick walls with feature timber panelling. But the venue’s calling card is a pair of vintage Martini carts sourced from Europe, which service four enormous leather-lined booths. The drinks list features the same approachable style you’d expect at Death and Taxes. You might start with a Memento, a fruity, herbaceous take on a Gimlet that features mandarin, thyme and lemon cordial; or the Elation highball built from Herradura Reposado tequila, black cherry, clove, fermented chilli and lemon. Backing up the cocktails is an old world-leaning wine list, a clutch of craft beers and a rotating spritz on tap. 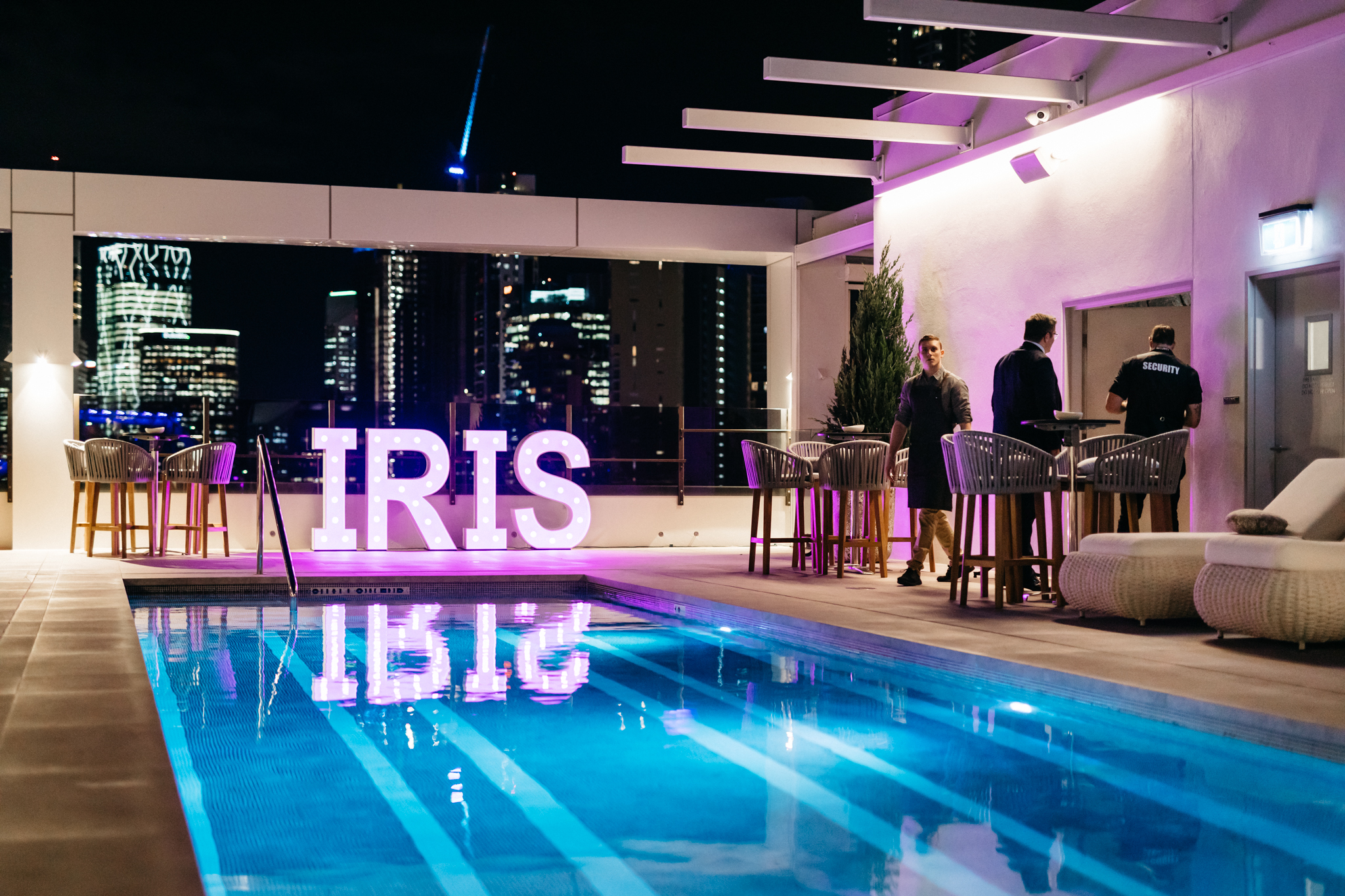 Earlier this year, the Ghanem Group (Donna Chang, Boom Boom Room Izakaya, Blackbird) opened French restaurant Bisou Bisou and Iris. The former is situated on the ground floor of Hotel X in the Valley, while the latter sits atop the hotel with breathtaking views – the apartment blocks of the Valley giving way to the Story Bridge, which crosses in front of the stacked high-rises of the CBD. It’s eye-catching inside, too. Design studio Space Cubed took inspiration from the Mediterranean with stone and tiled walls, rich fabrics, olive trees and hanging wisteria. For food, expect a mix of tapas, flatbreads and bigger share plates. Drinks include a classic-focused cocktail list, a Sangria menu and an 80-bottle wine list that mixes Australian drops with vino from Spain, France, Italy and Greece. 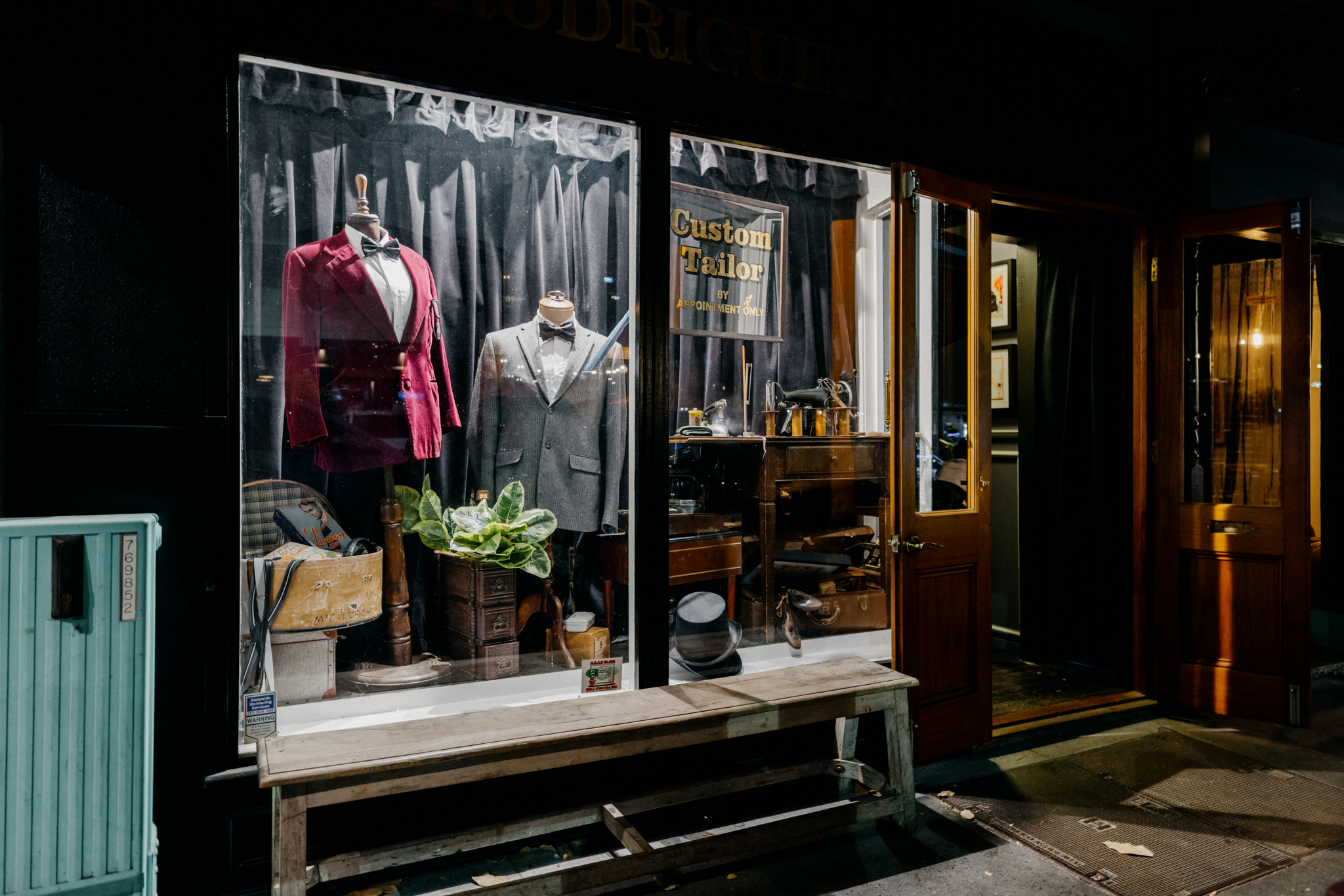 The Tailors is hidden, as the name suggests, behind what looks like a gentleman’s tailor shop, occupying a small tenancy next door to owner Dan Rodriguez’s celebrated Canvas Club bar. Inside, it’s a slick straight-up cocktail lounge with refined timber panelling, beautiful velvet banquettes and furniture, and mirror-lined walls. At the far end is the bar, while on the backside of the shop window is a bandstand, which features live music every Friday and Saturday night. The drinks menu starts with a selection of four cocktails that rotates weekly and might include a Golden Humming Bird (white rum with vanilla liqueur, triple sec, sugar and topped off with prosecco). Otherwise, there’s a 50-bottle collection of rum sourced mostly from the Caribbean and Central America. Bar snacks and share boards include baby sardines with ciabatta, marinated olives, and cheese and charcuterie selections. Brothers James, Alec and Paul Carney opened Milan-inspired Bar Tano in September. It sits right next to their new home-style Italian restaurant, Gemelli (they also own the original in Broadbeach). Like Gemelli, the bar opens out onto James Street but has a more glamorous fit-out that references the aperitivo bars of northern Italy. Drinks lean toward cocktails with creations such as the Drive Me Nuts, a cross between a Negroni and an Old Fashioned; a buttery twist on a Whisky Sour called Better Than Butter; and the Martini Express, which features a house-made coffee liqueur. There are also Italian wines available, and Italian and local beers. For food, Bar Tano has a rotating selection of salumi and cheeses and Italian entrees such as ricotta dip, burrata, gnocco fritto (crisp fried dough) and polpettini (small Tuscan-style meatballs). 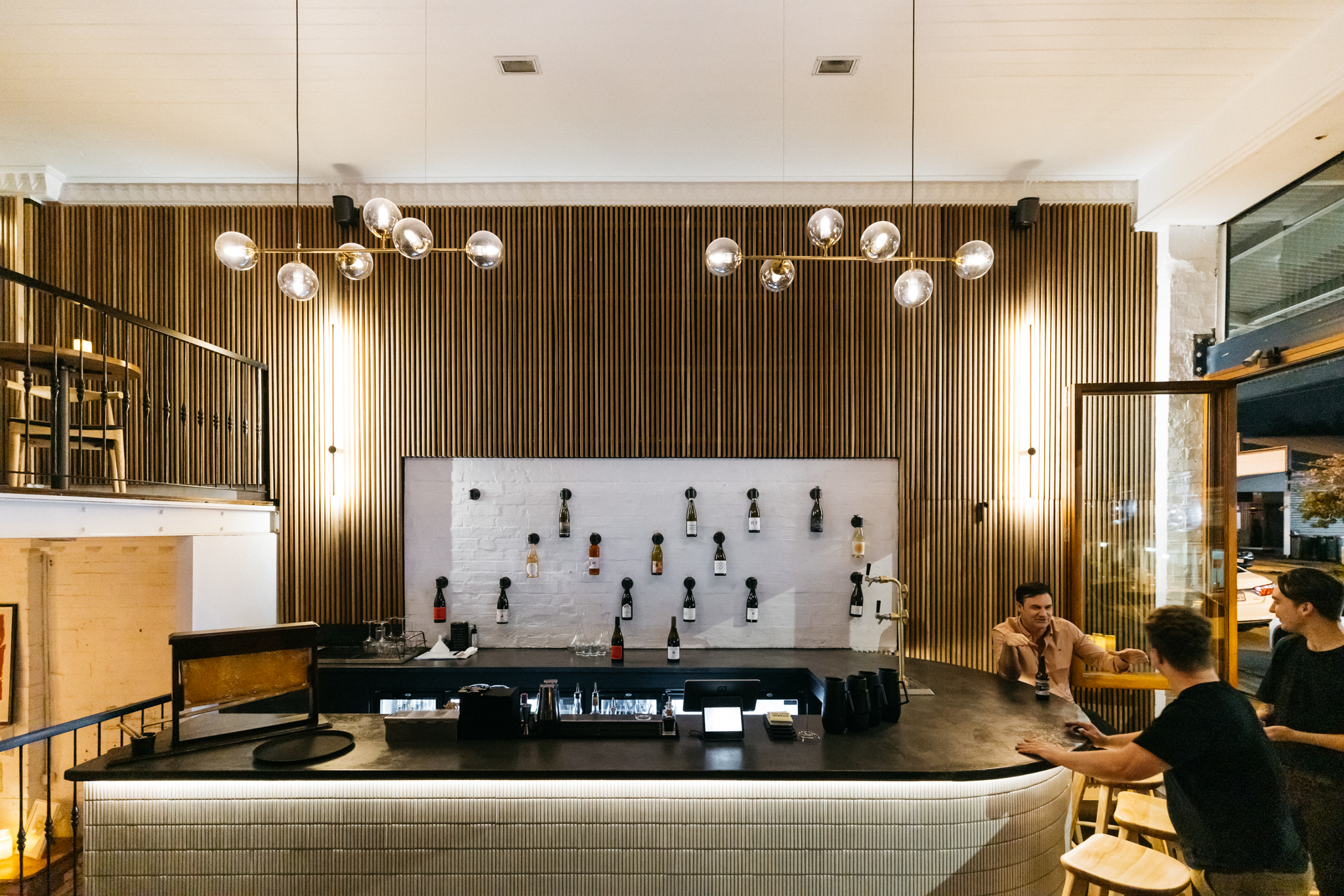 Paddington locals have been calling out for a wine bar, and in June, they got one – in a former clothing store on Given Terrace. Eli Rami and Sam Holman – who also run Latrobe Terrace coffee haunt, Blackout – converted the three-storey space into a modern, airy stunner with white exposed brick walls, intricate cornicing, a tiled bar and timber panelling. The by-the-glass list includes rotating classics (like Barossa shiraz and Provence rosé), alongside natural drops and alternative varieties, such as a Picpoul de Pinet from the Languedoc and a Ravensworth sangiovese. Outside of that, the 450-bottle underground cellar is filled with rare burgundies, barolos and cult Australian wines. Rami and Holman worked closely with Fino Foods and Saison Salumi to develop a simple offering of nibbles, cheese and charcuterie. Think Olasagasti anchovies with toasted sourdough; squid ink and truffle salumi with guindilla peppers; and grilled buffalo haloumi with quince and fresh honeycomb. 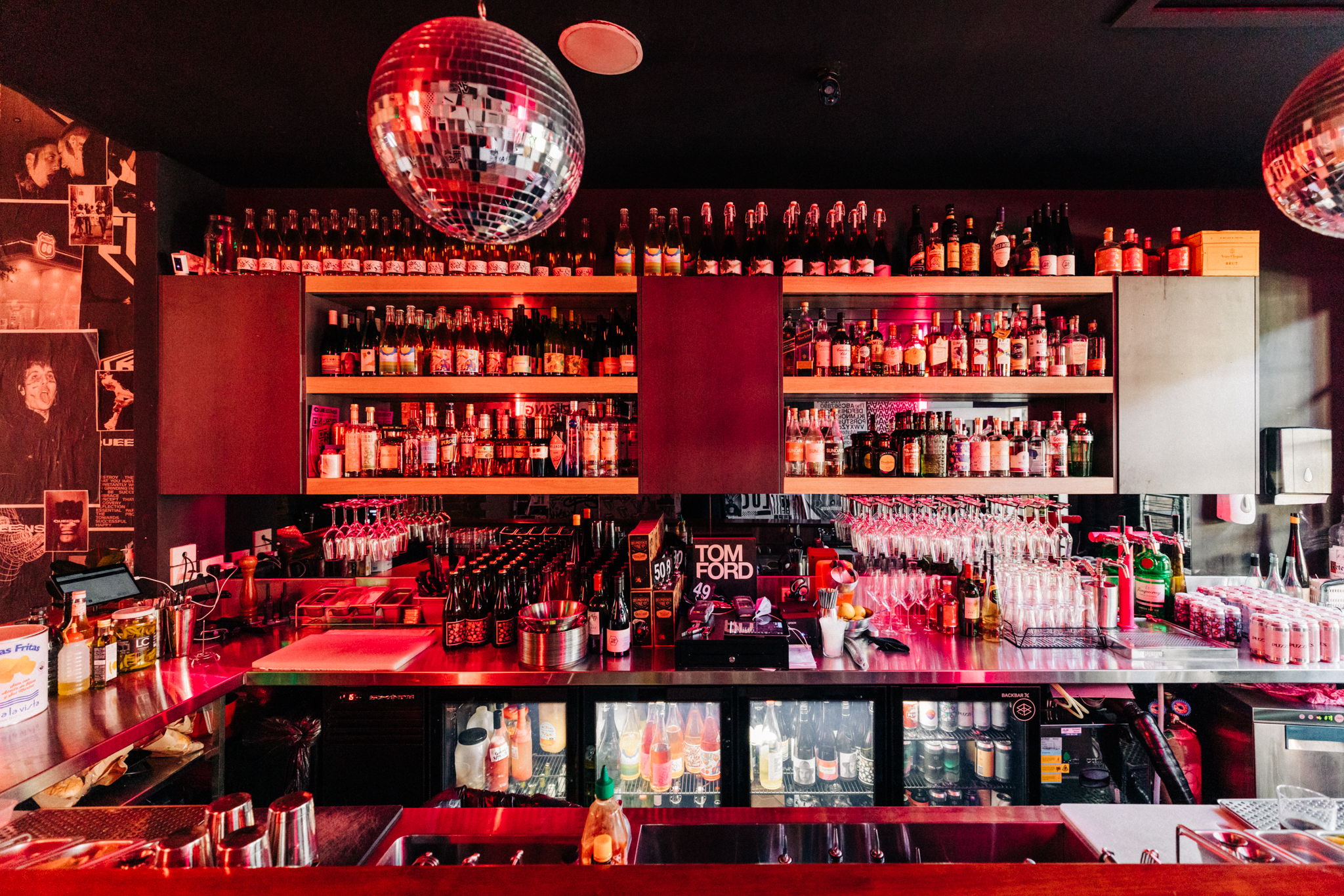 Kyle Weir opened these sibling venues just a couple of doors down from each other in Fortitude Valley’s California Lane. Queens is a reincarnation of Weir’s much-loved Commercial Road Public Bar, which closed prior to Queens’ opening. Here you’ll find a concentrated version of the Newstead venue: a more compact space, louder music (disco, largely), a longer cocktail list and a dive-y, grungy aesthetic complete with neon lights and disco balls. The wine list is made up of lo-fi drops by producers such as Brave New Wine and Commune of Buttons, while the Mediterranean-inspired menu favours wine-friendly snacks like taramasalata, caviar and patatas fritas, and sardines with bread. While the two bars hold a similar ethos of inclusivity and good vibes, the aesthetics are starkly different. For Kings, it’s al fresco cocktails, palm trees, bright blue, pink and purple neons, and a summer-all-year-round atmosphere – a world away from the glam, brooding Queens. Kings has an expansive cocktail selection and petite wine list, while the food menu ranges from a roasted cauliflower with chilli oil, fresh mint and confit garlic yoghurt, to po’ boys and tacos. 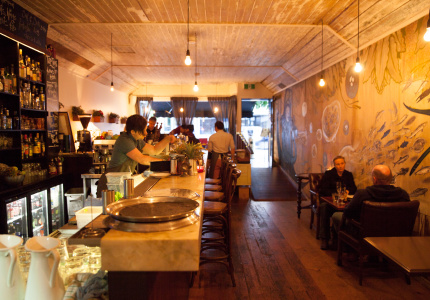