We’re getting a 50 hectolitre, 3,000 square metre brewing and canning facility at Murarrie. 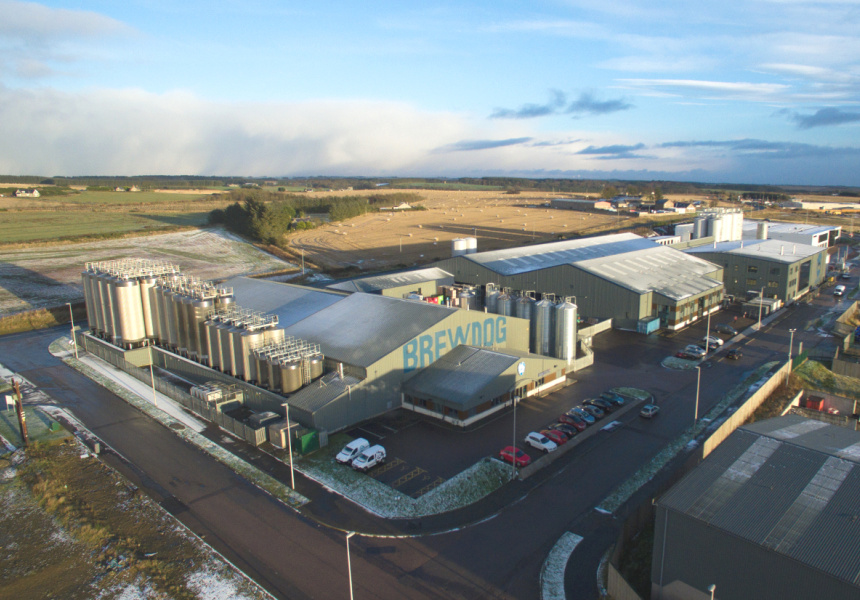 Iconic Scottish craft brewer BrewDog has announced Brisbane will be the home of its new Australian headquarters and brewing operation.

The news follows six months of scouting trips, meetings and feasibility studies, which eventually saw the Queensland capital edge out Newcastle as the location for the brewery.

BrewDog’s investment will total $30 million, with the construction of the 50 hectolitre, 3000 square metre brewing and canning facility at Murarrie, on the southern side of the Brisbane River near the Gateway Bridge. A restaurant, taproom and visitor centre are also part of the project.

Construction will start later this year with the first locally brewed BrewDog beers to roll out in early 2019. The project is expected to generate 150 jobs in the Brisbane area over the next five years.

In a press release, director of BrewDog Australia Zarah Prior said support from Brisbane Marketing, Austrade and the Queensland Government had been essential in sealing the deal for Brisbane.

“We’ve been so humbled by the support from local businesses as well as the local community who have shown a real passion for BrewDog to call Brissie home,” Prior said. “It’s a city that’s on the brink of some incredible growth, and we can’t wait to be a part of that. There are tonnes of amazing local breweries we’re looking forward to working alongside and collaborating with.”

Lord Mayor Graham Quirk is quoted in the release as saying: “Brisbane is a place where market-leading and innovative businesses can thrive, and I’m certain BrewDog will feel at home in our welcoming and progressive city.”

The news adds further impetus to Brisbane’s brewing scene, which is currently the fastest growing in the country.

“To some extent I think it’s catching up to the rest of the country,” Brisbane-based beer expert and Brews News founder (and occasional Broadsheet contributor) Matt Kirkegaard told Broadsheet last month. “It’s not that we haven’t had a great beer scene. But a lot of projects that have been planned for a couple of years are coming online now.”

Once up and running, the Brisbane facility will be brewing its full line-up of headliner beers such as Punk IPA, Dead Pony Club and Jet Black Heart, as well as small-batch brews specifically for the regional market.