Little Valley has closed permanently
After shutting in March due to you-know-what, Little Valley, the popular “neo-Chinese” bar and restaurant by the Rick Shores team, has announced it will remain closed. Its owners said ongoing Covid-19 restrictions mean the business, which has a large bar and two function spaces alongside its dining room, is no longer financially viable. “The Little Valley team would like to thank the guests who shared in the joy of the venue experience over the last two years,” they said in a press release. It’s a blow to Brisbane’s dining scene, which has already lost Arc Dining due to coronavirus, but thankfully there’s some good news to come from the Little Valley team. Keep an eye on Broadsheet Brisbane for updates.

Alanna Sapwell’s Noosa pop-up Esmay comes to the city
Alanna Sapwell’s pop-up Esmay may have ended, but there’s good news for local diners. The former Arc Dining chef is bringing her Esmay concept to Baja for two nights in November as part of Good Food Month. The four-week festival will shine a light on homegrown talent, exceptional produce and culinary collaborations. The latter will include a nostalgic dinner by Adam Wolfers of Gerard’s Bistro, Alex Munoz of Labart and Louis Tikaram, who will reunite for one night at Tikaram’s Stanley Restaurant to reminisce on their time together at Sydney’s Bentley. Elsewhere, the Donna Chang team will collide with Gelato Messina for a yum cha high tea with a difference, and there’ll be a series of dining events at leading Brisbane restaurants Montrachet, The Golden Pig and Three Blue Ducks. Tickets available here.

A breezy, coastal-inspired bar and eatery opens at Kangaroo Point Cliffs
Belissimo Coffee’s Michael Koo and Mark Bignell have teamed up with local entrepreneur Jordan Cowen to open their latest venture, Joey’s, a breezy all-day bar and restaurant in the former Bar Spritz site atop the Kangaroo Point Cliffs. The well-known space, with its celebrated views looking out towards Brisbane’s city skyline and Botanic Gardens, has had a total overhaul with a new design inspired by the quintessential Queenslander and elements of European summers. Expect a weatherboard exterior and light, bright interior with a playful colour palette, custom-made lighting in rattan and alabaster, and an elevated dining area on the deck. The kitchen is led by former Cru Bar executive chef Jason Walker, who’s highlighting local seafood in dishes such as the Joey’s prawn sandwich and kingfish tacos. A custom-built woodfired pizza oven is turning out traditional and new-school pies, perfect for sharing over a cocktail or a rosé selected by award-winning sommelier Ian Trinkle. More here.

An indie publisher is crowdfunding $22 titles by top Aussie restaurants, including Alba Bar & Deli and Gerard’s Bistro
Take Away is one of the many fun and clever business ideas that launched as a result of the national hospitality shutdown. Geelong-based Vaughan Mossop (who also runs design studio Neighbourhood Creative) and food critic Simon Davis launched the crowdfunded cookbook series to help Aussie restaurants, cafes and bottle-os survive the dramatic drop in trade. Titles are made available for the public to pre-order for $22 (plus shipping). If a book receives 100 pre-orders within a 10-day period (making production financially viable), it goes into publication. (If a book doesn’t achieve the required pre-order minimum, the money raised goes to the venue as a donation.) The series has now expanded into Brisbane for the first time, with the launch of books from Alba Bar & Deli and Gerard’s Bistro. Both are available for pre-sale for 10 days, with the first 100 people to purchase getting their names in the book (and the satisfaction of knowing you made these ones a reality). Pre-order online.

Buy a beer to help a dog find its forever home
Brewdog Dogtap has teamed up with Animal Welfare League Queensland to profile dogs in need of a permanent home. The brewery has redesigned its flagship Punk IPA and renamed it Street Dog for a limited time in a move it hopes will increase the pups’ chances of adoption. The collaboration came about when British comedian and animal-rights advocate Ricky Gervais did a Twitter shout out in July, urging businesses not to pay for celebrity endorsements and instead donate the cash to charities. Brewdog’s Scottish HQ responded by launching Street Dog in the UK. Gervais was pretty cheerful about the decision. “Dogs make me happy. Beer makes me happy. A beer that saves dogs makes me very happy,” he says. Brisbane-brewed cans of Street Dog are now available here, with 100 per cent of the profits going to Animal Welfare League Queensland, which has been working on improving outcomes for abandoned and homeless pets since 1959. More information here. 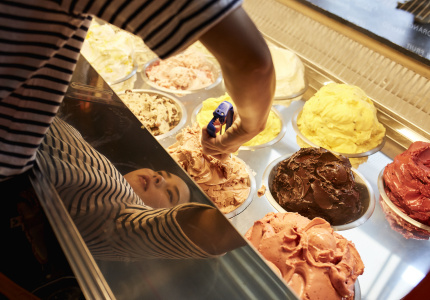 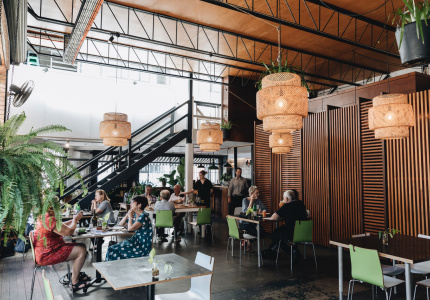