Version two for an inner-west favourite. 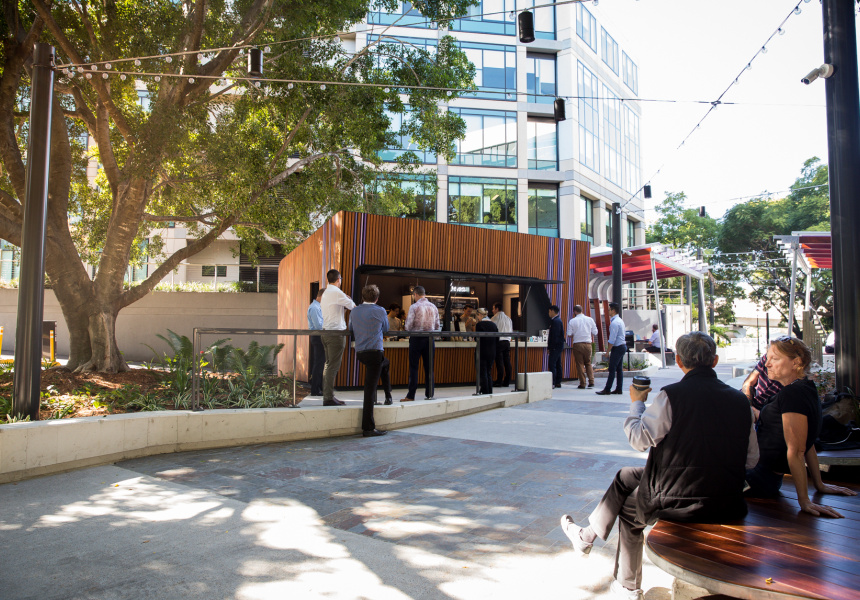 Being too busy is both a blessing and a curse for one of Milton’s top coffee spots. On any given morning, more people seem to spill out of the vine-covered Bunker than the neighbouring Milton Train Station.

“Bunker was getting really busy in the mornings. We couldn't really do anything or increase our capacity – we were already using all the space,” manager Paddy O’Sullivan says. “People were waiting ages to get their coffees.”

Enter Bessa Coffee. Just a few hundred metres down the road from Bunker, it’s the third cafe for Marcus Allison, who also co-owns John Mills Himself.

Designed by Lat27 architects as part of Milton’s The Link project, Bessa is a sleek wooden kiosk in a leafy pedestrian laneway connecting Little Cribb Street and Coronation Drive. One side of the pod pops open to serve a never-ending queue of office workers ordering takeaways, while those with time fill two communal tables or play ping-pong in the lane.

Like its older siblings, Bessa also serves Heirloom hot chocolate and chilled chocolate milk, a range of house teas and a special-reserve tea made of cascara (the dried skins of coffee cherries). In the counter you’ll find a daily supply of pastries and pretzels from Crust & Co and treats from Alphabet Cafe. Four days a week a different food truck parks right outside around lunchtime, but in the future Bessa may look to add more-substantial food items to its menu.