Ben Williamson and the Same Same Crew’s New Restaurant Finally Opens, but Not As a Restaurant

The much anticipated Agnes’s true launch is on hold due to Covid-19. But in the meantime it’s transformed into a woodfired bakery, bottle shop and deli. 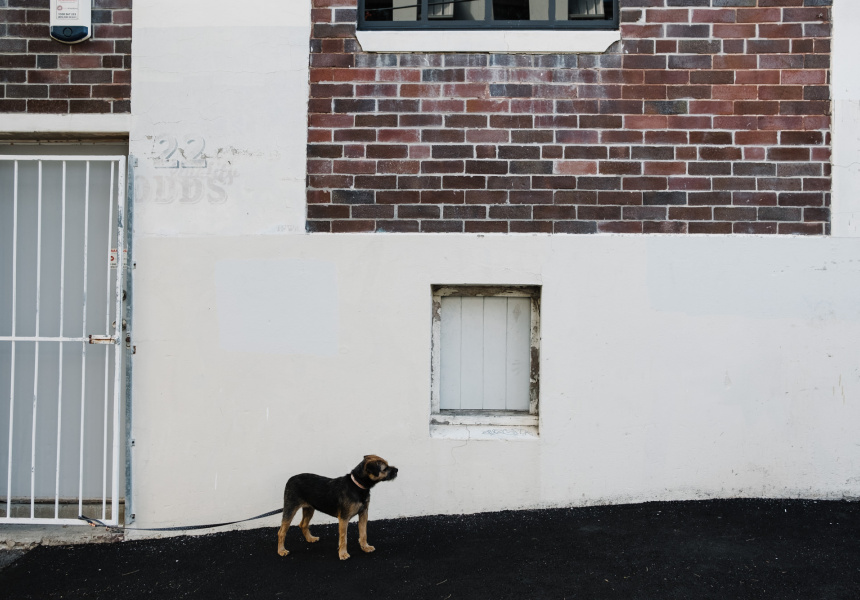 This story was originally published on April 8. Menu items may have changed.

You build a restaurant but no one’s allowed to come.

Agnes was (and remains) Brisbane’s most anticipated food and drink opening of 2020 – a woodfired collaboration between Same Same and Honto’s Tyron Simon, Bianca Marchi and Frank Li, and star chef Ben Williamson. But that kind of firepower is meaningless in the face of a global pandemic and a federally mandated shutdown of restaurants, bars and cafes.

The word “pivot” has almost become a cliche in the past three weeks as bars have turned into bottle shops, brewpubs become booze-delivery services, and fine diners transformed into takeaway taco joints. Agnes, though, perhaps topped them all on Saturday when, out of nowhere, it opened as a pop-up bakery, deli and wine shop.

“The idea came the Thursday after the Monday [March 23] shutdown,” Tyron Simon says. “I said to Ben, ‘We’ve got booze. We’ve got woodfire. We could always do a bakery?’ It was as simple as that. Ben said, ‘Come in tomorrow and start tasting stuff’.

“After the government announced it was shutting restaurants, we were walking around like zombies. Like everyone, we couldn’t believe what we were going through. But that also gave us licence to try anything.”

It then took Williamson a little over a week to draft up and start baking a straightforward menu of sourdoughs, cluster rolls, pizzette, cinnamon doughnuts, custard and almond kouign-amanns, cheesecakes, and lemon tarts. The breads are all woodfired, giving them a distinctive taste and texture.

“It has that woodfired kiss to it,” Simon says. “It’s golden brown but with those flashes of darker colour that have a different flavour.”

The pop-up is being run out of Agnes’s downstairs bar area, with punters lining up, social distance-style, outside the old Fortitude Valley brick warehouse. The bar itself acts as a counter and an air sealed glass room intended for Agnes’s on-site distillery is currently doing duty as a display cabinet. Wines line a side wall, with staff limiting contact by grabbing your selection from a separate cellar.

“We’ve been buying wines for Agnes for six months,” Simon says. “So we had all these hard-to-find drops. We’d love to open the restaurant with them but in survival mode it’s just better to have money coming in … and it creates a point of difference.”

Agnes is also selling pantry items such as salumi, wood-smoked butter, relish and piccalilli. You can expect these to evolve as the restaurant works through its produce.

“We’re going to use all the pork to make pork lasagne, for example,” Simon says. “It’s constantly going to transform, but the basis is the bakery items and the bottle shop.”

As for how it feels to launch your long-awaited restaurant as a pop-up bakery, Simon is philosophical.

“It would’ve been amazing to have one big reveal,” he says. “But we are so grateful just to be able to employ people … So any selfish thoughts only lasts for a second because we’re incredibly blessed to have the talent we have and to be able to turn around in a week and turn it into a bakery with no planning. It looks like we can employ people for a little while, and that’s amazing.” 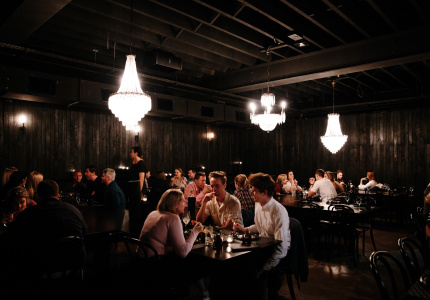